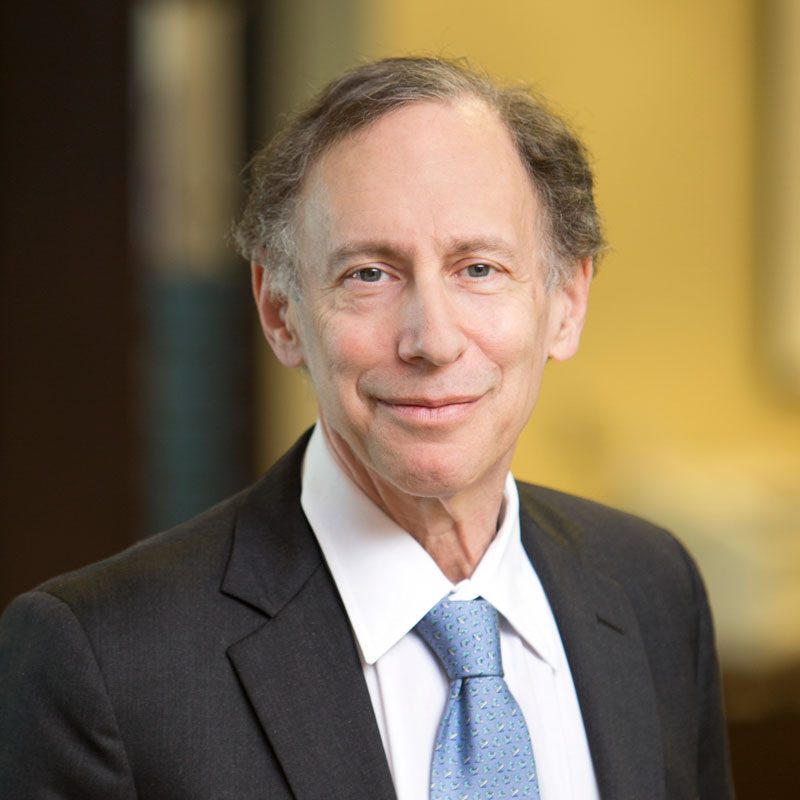 How Robert Langer, a pioneer in delivering mRNA into the body, failed repeatedly but kept going: ‘They said I should give up, but I don’t like to give up’

The mRNA vaccines developed against COVID-19 owe a lot to the work of Robert Langer, a pioneer in the delivery of mRNA. Langer, who is the Massachusetts Institute of Technology David H. Koch Institute Professor and director of the Langer Lab, helped lay the foundation for the underlying delivery mechanism that has led to the development of the first commercial mRNA vaccines, which can be used for a variety of infectious diseases and conditions. Langer is a co-founder of Moderna, the biotech company that developed an mRNA vaccine against COVID-19. He also has authored more than 1,500 scientific papers and is the most-cited engineer in history.

Langer published the first paper to show that it was possible to deliver nucleic acids like RNA and DNA to the body via tiny particles. He spoke in March 2022 at the 2022 Imagine Solutions Conference in Naples, FL. about his journey from a chemical engineering doctorate to helping develop technology for various lifesaving treatments.

Below are some highlights from the discussion. Answers have been edited for brevity and clarity.

How did you end up where you are in your field?

Robert Langer: My story is not straightforward by any means. I got my doctorate in chemical engineering from MIT in 1974. One of the things I thought about doing was education, because when I was a graduate student at MIT I helped start a school in Cambridge, The Group School. And I got very involved in developing new chemistry and math curricula.

And I wrote to all these colleges and none of them wrote me back, so I started to think, well, what other way could I use my science and engineering education to help people? And I thought about medicine. I wrote to a lot of hospitals and medical schools. They didn’t write back to me either.

And then one day one of the people at my MIT lab said, “Bob, you know, there’s a surgeon named Judah Folkman in Boston and sometimes he hires unusual people.”

From 1974 to 1977 you worked as a postdoctoral fellow at the Children’s Hospital Boston and at Harvard Medical School under Folkman. How did your work with Folkman influence your career?

Dr. Folkman’s idea of how tumors grew was actually quite controversial. His theory was that tumors secreted a chemical signal, which he called TAF, tumor angiogenesis factor. And that would cause blood vessels to grow to the tumor. The tumor then could spread through those blood vessels. That’s a process called metastasis, which often kills people.

His theory was that if you could stop blood vessels maybe that would be a new way to stop cancer. To solve this problem we had to deliver large molecules to the body through tiny particles. Nobody before us had done that, and we were told it was impossible.

I spent about two years working in the laboratory, and I found over 200 different ways to get this to not work. Eventually I was able to make little microspheres, or nanospheres. We published our findings in the journal Nature. This was the first time nucleic acids had ever been delivered through tiny particles for any period of time.

What was the process for obtaining the patent?

Folkman and I filed for a patent, but the patent examiner rejected it five years in a row. And all the people at the hospital told me I was wasting a lot of money for the hospital. They said I should give up, but I don’t like to give up.

When we first started doing this, everybody told me it was impossible and that it could never work. So I did what’s called a science citation search, looking back at our 1976 Nature paper. One of the papers I found was really helpful. I had no idea it was even written but I found that five of the top material scientists in the world said that Folkman and I had shown some surprising results that clearly demonstrate that this idea could work.

We showed that to the examiner and he said, well, that’s interesting. He said, I’ll allow the patent if you can get written affidavits from these five people that they really wrote it. So I wrote them and they wrote back and sent the affidavits. We got this really broad patent, and with that patent I got involved in starting companies.

What did this process teach you?

I learned that if you’re not your own champion, nobody else will be. So I got involved in patenting things, and my students were very interested in seeing their work make a difference. That’s what led to a number of different companies, some of which we started and others which we guided, developing many products used today. My story is sort of one person’s example of how you can try to use science to help relieve suffering and prolong life.