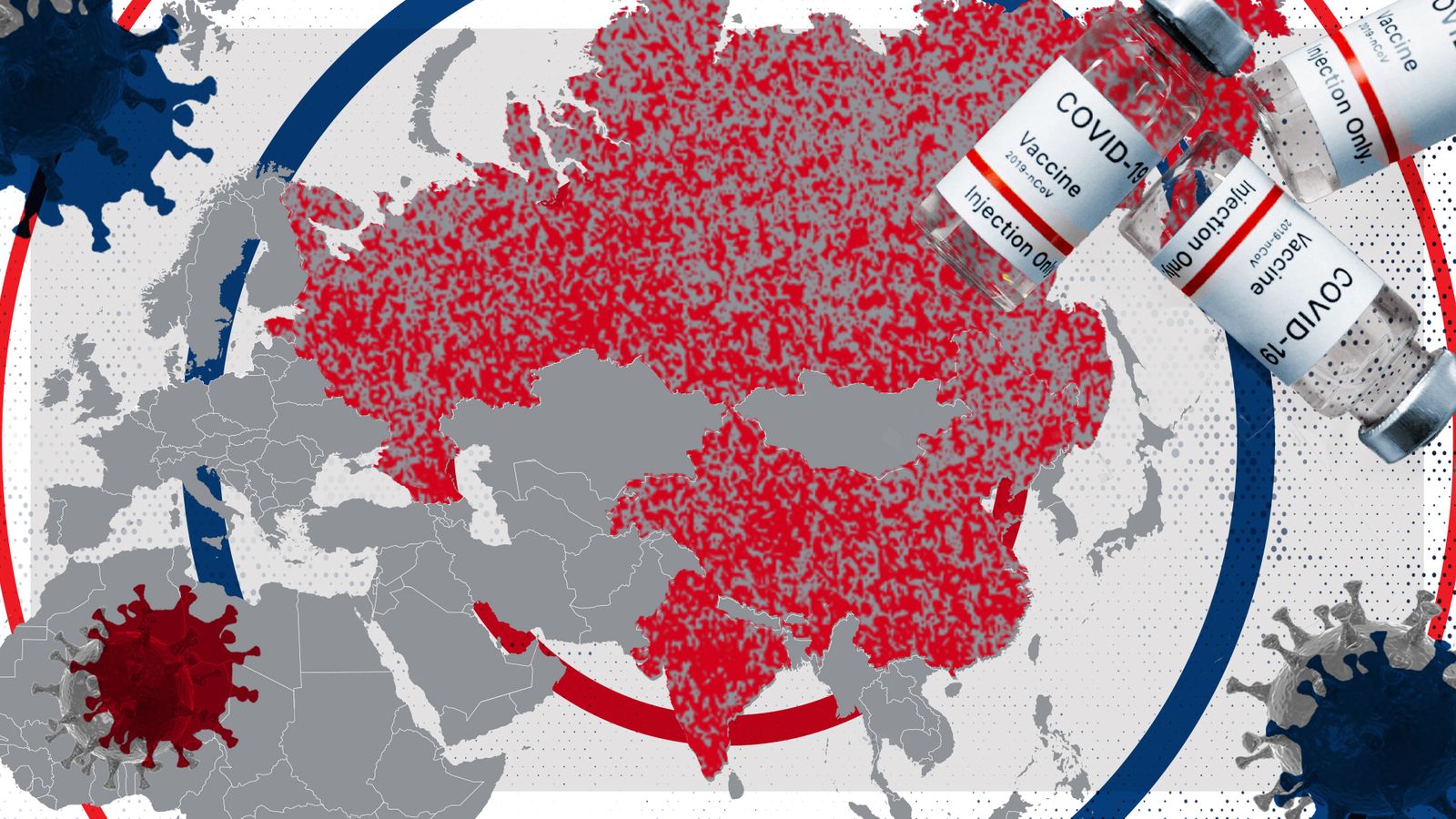 Kissinger was writing about empires in history, particularly in reference to the growing threat that Russia, formerly the USSR, presented to Eastern Europe in the mid-twentieth century.

But the quotation applies just as well today, in the post-pandemic era in which the same power players are, once again, jockeying for international dominance. But instead of fighting through theoretical frameworks of government – capitalism versus communism – these power players are fighting with vaccine supplies.

Setting the stage for a diplomatic battle that will define the new geopolitical order post-pandemic.

Recently the United States pivoted its stance from hoarding excess vaccines to disseminating them across various geographies. While around half of all Americans have had at least one dose, less than a single percentage of people in low-income countries have been vaccinated.

Most of these countries have turned to Russia and China, the world’s second leading producer of vaccines after the United States, for vaccine supplies. But now that Americans seem to have capped off the total number of vaccinations they are willing to receive, the United States is setting its sights international.

President Biden now has a choice – either send vaccines directly to individual countries, or send share bulk vaccine supplies through the WHO-backed COVAX initiative – or, what White House officials indicate is most likely – pursue some combination of the two.

Which makes the most sense, as all things pandemic are political, even the dissemination of life-saving vaccines. Pursuing a hybrid distribution model allows the United States to exert political control over particular nations of interest while maintaining a semblance of international leadership in propping the WHO.

The best of both worlds, figuratively. But in a world literally ravaged by a pandemic, many have advised President Biden to target countries most severely affected by the pandemic. Dr. Zeke Emanuel, who served on the President Biden’s COVID-19 advisory board during the presidential transition, argues that vaccines should be shipped to where they are most needed and most readily distributed, not through the WHO-backed COVAX population-based system.

The science in all this can be a bit tricky, and decision-making – as we saw over and over during the pandemic – often resorts to making subjective judgments regarding the objective data. It makes sense long-term to distribute vaccines based upon the general distribution of populations. But it also makes sense short-term to distribute vaccines to regions more critically affected than others.

Even within a short-term frame of reference, discerning what regions are more critically affected also becomes subjective. Some point to traditional epidemiological metrics like infectivity rate or more granular metrics of population spread. While others focus on economic constraints like the total number of hospitals or total oxygen supply.

The time horizon, and the metrics of focus determine the order of prioritization. The pandemic is, as it has always been, less about the data and more about the perception of the data.

How the Biden administration frames the clinical need for each country will determine how many vaccines it will distribute.

While Biden has said vaccine donations will be driven by science and not geopolitics, there are clear soft power political advantages to distributing the vaccines to certain countries and regions over others.

Latin America has received more vaccines from China, Russia, India, and even Israel than from the United States or through direct sales contracts from Pfizer. A region traditionally controlled geopolitically by the United States – that perhaps China is eyeing in order to increase its influence in the region. Something Psaki warned of in stating that Russia and China could use vaccines to build leverage over other countries.

For example, oil-rich Bahrain has seen poor COVID-19 control with China’s Sinopharm vaccine, and now advises its population to receive Pfizer’s vaccine – even among those vaccinated previously with China’s vaccine. A shift in vaccine distribution the United States is all too happy to accommodate, as the shift in vaccine sourcing reflects a shift in perception between China and the United States in Bahrain.

Yet Bahrain is far from the most afflicted region in the world. Many countries like Colombia and Brazil are battling more severe COVID-19 outbreaks, yet per population, have received fewer Pfizer vaccines than Bahrain.

Whether this is an economic issue – Bahrain has higher per capita income than most South American countries – or a political issue – Pfizer has been notoriously stingy in offering discounted rates of its vaccine – remains to be seen.

But it is quite telling that Colombia has been told it must wait until December to receive its request for vaccines, while Bahrain receives its supply of vaccines almost upon demand.

No matter how we conjecture, we cannot be certain how these distribution decisions are made, nor the true underlying intentions.

Like most diplomatic decisions, vaccine diplomacy is a game cloaked in secrecy, revealing itself only afterwards.

Leaving us, in the moment, to merely guess within the void of subjective uncertainty.