Did the US Jump the Gun With the New Omicron-Targeted Vaccines?

The answer may be more about policy than data

by Céline Gounder
in Perspectives
0 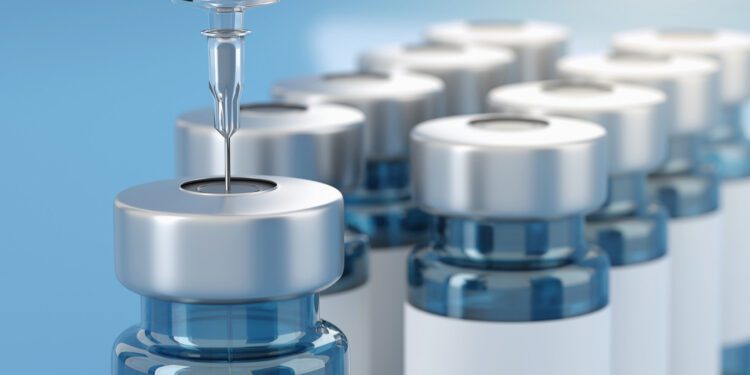 Last month, the FDA authorized omicron-specific vaccines, accompanied by breathless science-by-press release and a media blitz. Just days after the FDA’s move, the Centers for Disease Control and Prevention followed, recommending updated boosters for anyone age 12 and up who had received at least two doses of the original covid vaccines. The message to a nation still struggling with the covid-19 pandemic: The cavalry — in the form of a shot — is coming over the hill.

But for those familiar with the business tactics of the pharmaceutical industry, that exuberant messaging — combined with the lack of completed studies — has caused considerable heartburn and raised an array of unanswered concerns.

The updated shots easily clear the “safe and effective” bar for government authorization. But in the real world, are the omicron-specific vaccines significantly more protective — and in what ways — than the original covid vaccines so many have already taken? If so, who would benefit most from the new shots? Since the federal government is purchasing these new vaccines — and many of the original, already purchased vaccines may never find their way into taxpayers’ arms — is the $3.2 billion price tag worth the unclear benefit? Especially when these funds had to be pulled from other covid response efforts, like testing and treatment.

Several members of the CDC advisory committee that voted 13-1 for the recommendation voiced similar questions and concerns, one saying she only “reluctantly” voted in the affirmative.

Some said they set aside their desire for more information and better data and voted yes out of fear of a potential winter covid surge. They expressed hope that the new vaccines — or at least the vaccination campaign that would accompany their rollout — would put a dent in the number of future cases, hospitalizations, and deaths.

That calculus is, perhaps, understandable at a time when an average of more than 300 Americans are dying of covid each day.

But it leaves front-line health care providers in the impossible position of trying to advise individual patients whether and when to take the hot, new vaccines without complete data and in the face of marketing hype.

Don’t get us wrong. We’re grateful and amazed that Pfizer-BioNTech and Moderna (with assists from the National Institutes of Health and Operation Warp Speed) developed an effective vaccine in record time, freeing the nation from the deadliest phase of the covid pandemic, when thousands were dying each day. The pandemic isn’t over, but the vaccines are largely credited for enabling most of America to return to a semblance of normalcy. We’re both up-to-date with our covid vaccinations and don’t understand why anyone would choose not to be, playing Russian roulette with their health.

But as society moves into the next phase of the pandemic, the pharmaceutical industry may be moving into more familiar territory: developing products that may be a smidgen better than what came before, selling — sometimes overselling — their increased effectiveness in the absence of adequate controlled studies or published data, advertising them as desirable for all when only some stand to benefit significantly, and in all likelihood raising the price later.

This last point is concerning because the government no longer has funds to purchase covid vaccines after this autumn. Funding to cover the provider fees for vaccinations and community outreach to those who would most benefit from vaccination has already run out. So updated boosters now and in the future will likely go to the “worried well” who have good insurance rather than to those at highest risk for infection and progression to severe disease.

The FDA’s mandated task is merely to determine whether a new drug is safe and effective. However, the FDA could have requested more clinical vaccine effectiveness data from Pfizer and Moderna before authorizing their updated omicron BA.5 boosters.

Yet the FDA cannot weigh in on important follow-up questions: How much more effective are the updated boosters than vaccines already on the market? In which populations? And what increase in effectiveness is enough to merit an increase in price (a so-called cost-benefit analysis)? Other countries, such as the United Kingdom, perform such an analysis before allowing new medicines onto the market, to negotiate a fair national price.

The updated booster vaccine formulations are identical to the original covid vaccines except for a tweak in the mRNA code to match the omicron BA.5 virus. Studies by Pfizer showed that its updated omicron BA.1 booster provides a 1.56 times higher increase in neutralizing antibody titers against the BA.1 virus as compared with a booster using its original vaccine. Moderna’s studies of its updated omicron BA.1 booster demonstrated very similar results. However, others predict that a 1.5 times higher antibody titer would yield only slight improvement in vaccine effectiveness against symptomatic illness and severe disease, with a bump of about 5% and 1% respectively. Pfizer and Moderna are just starting to study their updated omicron BA.5 boosters in human trials.

Though the studies of the updated omicron BA.5 boosters were conducted only in mice, the agency’s authorization is in line with precedent: The FDA clears updated flu shots for new strains each year without demanding human testing. But with flu vaccines, scientists have decades of experience and a better understanding of how increases in neutralizing antibody titers correlate with improvements in vaccine effectiveness. That’s not the case with covid vaccines. And if mouse data were a good predictor of clinical effectiveness, we’d have an HIV vaccine by now.

As population immunity builds up through vaccination and infection, it’s unclear whether additional vaccine boosters, updated or not, would benefit all ages equally. In 2022, the U.S. has seen covid hospitalization rates among people 65 and older increase relative to younger age groups. And while covid vaccine boosters seem to be cost-effective in the elderly, they may not be in younger populations. The CDC’s Advisory Committee on Immunization Practices considered limiting the updated boosters to people 50 and up, but eventually decided that doing so would be too complicated.

Unfortunately, history shows that — as with other pharmaceutical products — once a vaccine arrives and is accompanied by marketing, salesmanship trumps science: Many people with money and insurance will demand it whether data ultimately proves it is necessary for them individually or not.

We are all likely to encounter the SARS-CoV-2 virus again and again, and the virus will continue to mutate, giving rise to new variants year after year. In a country where significant portions of at-risk populations remain unvaccinated and unboosted, the fear of a winter surge is legitimate.

But will the widespread adoption of a vaccine — in this case yearly updated covid boosters — end up enhancing protection for those who really need it or just enhance drugmakers’ profits? And will it be money well spent?

The federal government has been paying a negotiated price of $15 to $19.50 a dose of mRNA vaccine under a purchasing agreement signed during the height of the pandemic. When those government agreements lapse, analysts expect the price to triple or quadruple, and perhaps even more for updated yearly covid boosters, which Moderna’s CEO said would evolve “like an iPhone.” To deploy these shots and these dollars wisely, a lot less hype and a lot more information might help.

Celine Gounder, MD, ScM, FIDSA, is a Clinical Assistant Professor of Medicine and Infectious Diseases at NYU Grossman School of Medicine. She cares for patients on the wards at NYC Health + Hospitals/Bellevue and at Indian Health Service and tribal health facilities across the country.