To be a Physician Influencer

They’re not asking for much, just the flick of a finger 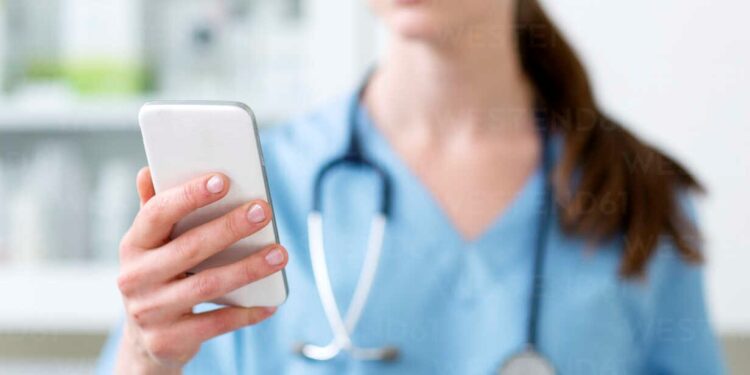 A system is defined by its interactions. In the social media ecosystem, those interactions are defined by a series of follows, friend requests, and likes. It’s pretty simple. If you come across something you like or that triggers an emotion, you respond with a click of a digital icon.

Through that little gesture, a token form of engagement, people amass huge social media audiences. We call those people influencers. And in healthcare, particularly since the onset of the pandemic, there have been an increasing number of physicians vying for that title.

You can see their dances, their comedic stints, or their public health messages laden with subtitles and emojis. Sometimes they’re quick sound bites. Sometimes they’re elaborate videos with all the accoutrements of a home studio. They’re all vying for your attention, and hopefully, for your interaction.

They’re not asking for much, just the flick of a finger. Think about that for a moment. Medical professionals, who labored through decades of schooling and post-graduate training are now putting on a full ensemble – all for your attention – for a fast twitch neuromuscular response, an interaction.

It seems downright cruel and pointless. Yet more and more physicians put their hats in the race for the top physician influencer. At face value, it’s illogical. Yet it says more about the future of healthcare than we realize.

Ostensibly, physicians join social media to educate patients and to raise awareness of public health issues. It’s framed as a public health service, as an extension of their duties as physicians. That’s the talking point. Subconsciously, these interactions are the harbinger of a changing relationship between physician and patient. This may sound like an over-exaggeration until you consider the dynamics of social media and the nature of engagement on these forums.

These were first studied in 2005, back when social media was just starting to secure its footing in society, in an academic study titled, Hyperfriendship and Beyond. The authors describe trends that proved to be quite prescient since its initial publication.

They note how social media exchanges are transactional. People who interact with each other, whether they are close acquaintances or strangers meeting for the first time, see every social media interaction as an exchange: I friend you, so you friend me. It’s a tit for tat exchange. And by participating in this exchange, you are publicly conveying your support for that person.

In more sociological terms, these interactions are public articulations of binary relationships. This may sound like jargon soup, but the keywords are ‘public’ and ‘binary’, which is the diametric opposite of what we have seen in healthcare. Traditionally, the physician patient relationship has been private and paternalistic.

These findings place the efforts of physicians to attain a large social media presence in a rather unflattering light.

There is a reciprocality to every relationship. And it’s perceived to be on equal footing. People want something in exchange for engaging with physicians online; they want a fair trade.

When you watch content from physician influencers in this vein, it becomes clear what drives the interactions. It’s the strong opinions, the contrarian views that challenge the orthodoxy of traditional medicine. It’s not the medical information itself. It’s the lens through which it’s presented.

Whether it’s Andrew Huberman showcasing the clinical basis for a personal development regimen or Vinay Prasad glorifying libertarian contrarianism in medicine, one thing’s clear: physicians who imbue their personality with a countercurrent streak of rebellion, particularly against the healthcare establishment, win audiences. They drive the interactions among the masses.

It makes sense: people have lost trust in traditional healthcare and want to stick it to what they perceive to be a corrupt healthcare system. Individual physicians that challenge this system’s authority provide the perfect opportunity for people to publicly voice their distaste. It’s their way of publicly conveying their distaste for modern medicine.

But in challenging the orthodoxy of medicine, these physicians are also redefining the physician patient relationship. Right now, the shift is subtle. You see it when patients call their physicians by their first name, eschewing traditional titles of respect for a more casual conversation among two perceived equals.

But soon we’ll see this trend voiced more vociferously toward the institution of medicine. This will happen once individual physicians gain a large and influential enough social media presence, their voices will rise above the system of healthcare.

Their perspectives will be the proving ground for trends in patient behavior. The interactions will forecast which of these trends will become clinically meaningful.

Each influencer will curry sway over a select audience of patients. These audiences will aggregate into groups defined by the online interactions. Eventually, patient behavior will balkanize along the lines delineated by the influencers.

So what does it mean to be a physician influencer? It means you hold the chisel that chips away at the traditional physician patient relationship and molds a new form of engagement.