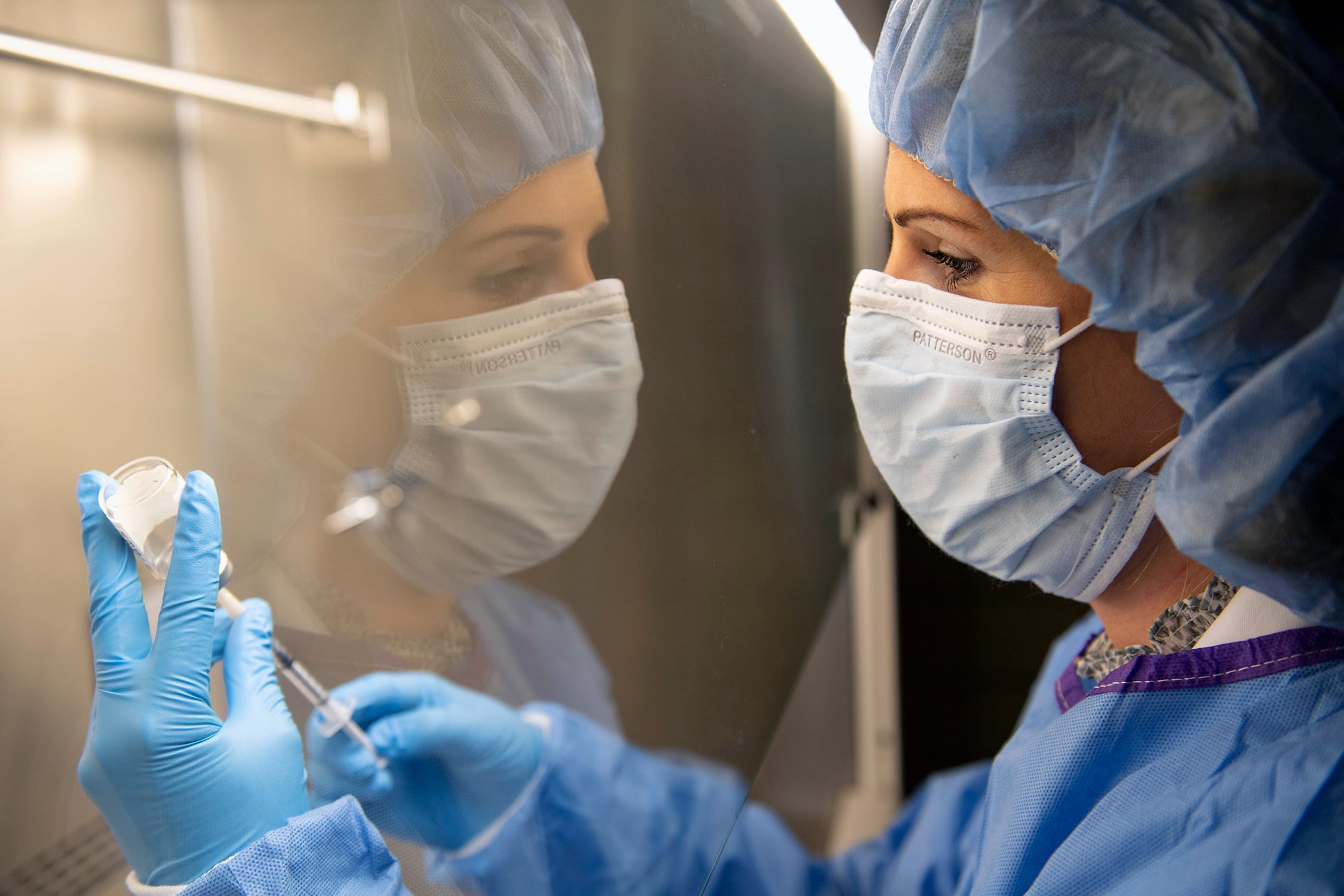 Better to be lucky than good is the adage oft refrained from military generals to degenerate gamblers.

And in the second – and hopefully last – year of the COVID-19 pandemic it may prove that we were far more lucky than good in making it through the pandemic.

By all accounts the vaccine roll-out has gone less smoothly than anticipated. While short of an unmitigated disaster, the United States lags countries like Israel in distributing the vaccine, and confidence in the vaccine continues to linger short of expectations.

We had hoped to administer tens of millions with the COVID-19 vaccine by now. Instead, we are just now approaching the ten million mark. Warp speed has been anything but warp.

Whatever constitutes the first phase of vaccine administration for most states has fallen short of expectations. And many states are likely to abandon the stringent roll-out criteria in favor of a plan that is more simple and easier to administer.

As Mike Tyson infamously said, “everybody has a plan until they get punched in the mouth”, and COVID-19 has packed a wallop. Destroying even the best laid schemes of mice and men and state officials.

We are starting to learn that naturally acquired immunity may prove more resilient than initially believed. Certain antibodies and memory cells can last more than eight months after someone has contracted the virus, especially if they have a strong immune response to COVID-19.

Despite preliminary research suggesting otherwise, according to a major research study from Nature, we now know more confidently that antibodies to the spike protein on the coronavirus remained relatively stable after six months, and spike-specific memory B cells were higher at six months than the first month after infection. Only the number of memory T cells declined after four to six months.

The study analyzed blood samples from nearly two hundred COVID-19 patients across the country who had a range of symptoms, from mild, moderate, to severe cases. Though 93% of the subjects were never hospitalized.

They found that neutralizing antibodies were stable between one to eight months after an active infection and though these antibodies gradually declined over time, they remained detectable.

Memory B cells, which remember a virus fingerprint and are among the first cells to produce antibodies, increased during the first four months after infection and then plateaued – but lasted in nearly all the cases after eight months.

Memory T cells, which recognize antigens on a virus and trigger an immune response, appeared within a month of infection but began a slow decline about four to six months after infection though also remained detectable. This is similar for other viruses that cause the traditional flu (such as influenza).

The longevity of naturally acquired resistance may give us the leeway necessary to bungle our way through the vaccine administration process, no matter how many mulligans we require.

In 2020 we saw waves, ebbing and flowing, over the course of months depending on the time of the year and other sociopolitical and culture events transpiring. In 2021, we will see a lingering fizzle. The mortality numbers will remain high until close to the middle of the year at which point they will slow to a consistent simmer until the end of 2021. Like TS Eliot said, “this is the way the world ends, not with a bang, but with a whimper”.

Which may prove a blessing in disguise, as the higher number of cases early in 2021 may expedite the process of naturally acquired immunity – something many epidemiologists are projecting.

Which is a more dangerous path to herd immunity, as we risk additional unnecessary deaths, but it is a path nonetheless. But even if the ratio was sixty-forty in favor of acquired immunity through vaccines, it still would not matter as much as we would initially think.

Months ago we were debating whether lockdowns were effective or not. Now we know it is not a matter of imposing lockdowns, but of selectively targeting specific regions to restrict, and adjusting the region being restricted based upon trending positivity rates.

Months ago we were wondering whether masks were effective. Now we know that in specific indoor or closed settings, with a high enough population density, the masks are necessary to curtail the spread of aerosolized mucus from person to person.

And once reached, we would have effectively reached the end of the pandemic’s hold on the country’s economy and natural way of life.

Sure, the pandemic will still go on, simmering in the background, but because we played the entire first half of 2021 with superb blocking and tackling, we were able to curtail the spread of COVID-19 long enough to allow the vaccines to do their part.

In fact, we believe a heightened sense of optimism will grip the nation as we advance through 2021. And more people will comply with social distancing guidelines, mask requirements, and targeted restrictions – knowing the end is near.

Much like the sprinter finds his or her extra wind close to the finish line, we will find that extra desire to push through in the coming months. And that, more than any miracle cure, will be why we finally achieve herd immunity.