The Trump Effect on Healthcare 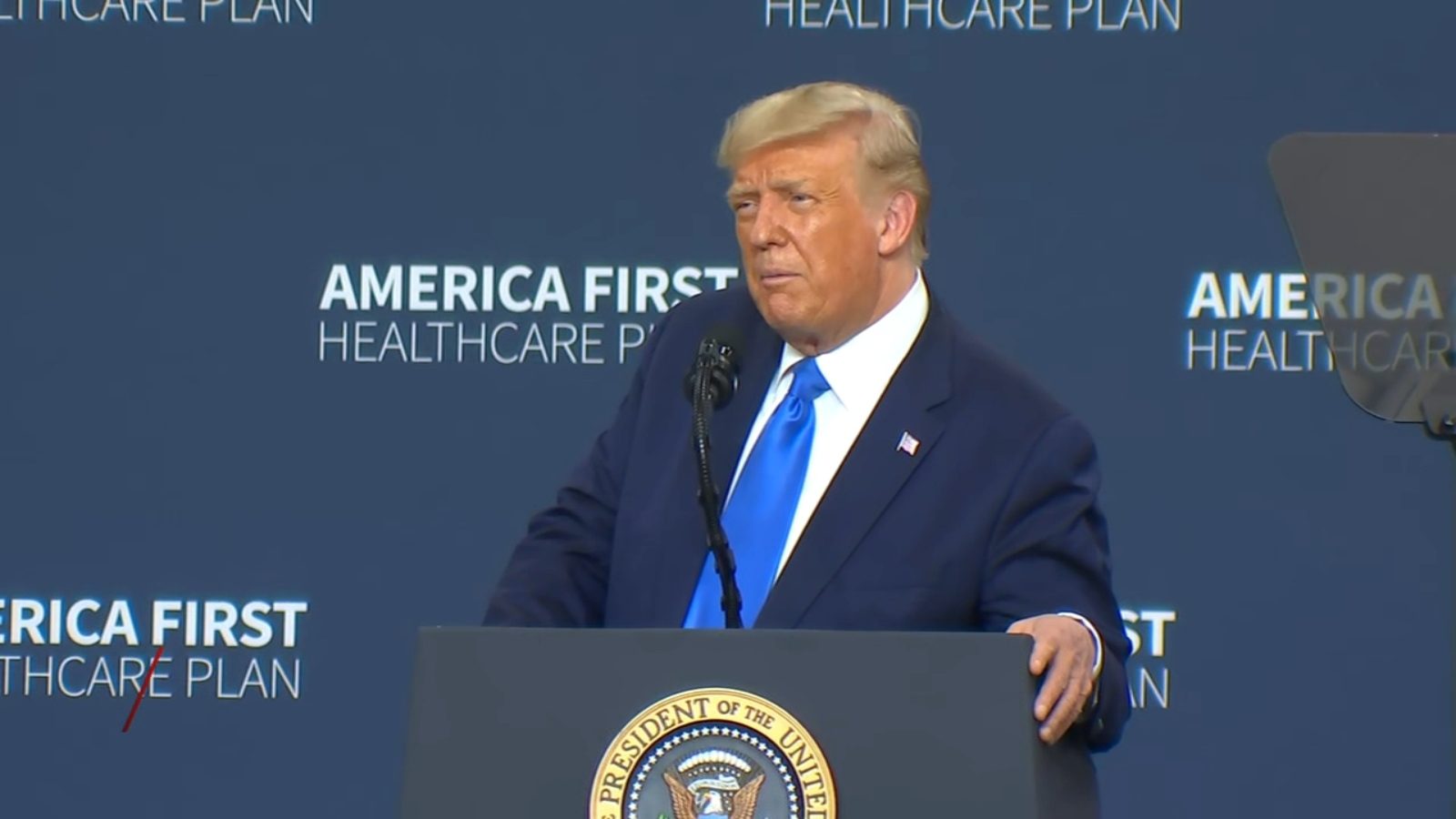 Donald Trump is contagious. He infects everyone – not with a disease, but with his mindset.

He infects those susceptible with a flair for the dramatic, a willingness to adhere to a set of postures and outlandish caricatures. Ask anyone about the former president, and soon enough, the mimics will come.

He is a natural showman. Every moment is a performance in waiting. Even the committee investigating him, the January 6th House Select Committee, has turned the investigation into a media spectacle, releasing select evidence through the media in a performative, Trumpian manner.

None of us is immune to the man, including his political adversaries. So what chance do we in healthcare stand? – little if any, if recent indicators prove true. It seems Trumpism will affect the health of the country, literally and figuratively, and drive future trends in healthcare.

A national poll in February 2022 had Trump at 26 percent favorability, slightly below the current sitting president. The same poll had a very unfavorable rating for Trump at 40 percent, which shows that even years after his tumultuous presidency, he remains as controversial as ever.

The national poll reflects similar results we found internally when we asked: How will we remember President Trump? We qualified the obviously polarizing question by contextualizing it to the healthcare realm:

“Former President Trump’s cultural impact is undeniable. His legacy will have an indelible mark on healthcare for years to come. How he is remembered will shape the future of health policy.”

But we knew the responses would be polarizing nevertheless. We expected as much and tried to gauge the degree of polarization in how we formatted the question.

Rather than asking how he would be remembered, we asked respondents to compare his memory to some of the more polarizing presidents in American history – Andrew Jackson and Richard Nixon. The latter is an obvious pox on American history. But the former is an interesting case study. Jackson is a mainstay on the 20 dollar bill, and a national disgrace. He dissolved the national bank in a fit of populist rage and oversaw the genocide of Native Americans in what we now we kindly euphemize as the ‘trail of tears’.

But for the most part, we value Jackson for his individualism, his tendency to buck convention in the name of the individual. It is also what attracts us to Trump. Slogans uttered by Jackson nearly 150 years ago sound eerily familiar to what we heard from Trump in 2016 and 2020. And the more the public today identifies Trump with Jackson, the more they will imbue the characteristics of Trump – individualism until the bloody end and showmanship along the way. This, in our generation of justifying irrationality unless nonsense becomes prescience, means more and more patients will behave characteristically Trumpian – brash, retaliatory, but above all, decidedly individual.

It is how we moralize Trumpism, individualism at its finest – or at least its most apparent.

Which for healthcare, the most manifest symptom of individualism is its most base, that of distrust. Distrust in vaccines, in masks, and in whatever seems to be the prevailing healthcare narrative of the day. Trumpian individualism requires people to buck convention. And to be contrarian is to distrust, which embodies the ethos of Trumpism in healthcare today.

So we advocate for vaccines, but we do not mandate. We recommend masks, but we resist policies in favor of masking requirements .Trumpism positions us against ourselves – what we know to be right against our most base political instincts. We openly distrust what we know in our guts to be right.

It may be convenient politically, but such thinking carries significant clinical consequences. How distrust presents in healthcare affects more than the patient behavior; it affects the cost of care, moral injury, and the future of patient-physician encounters. Often, all it takes is one negative patient encounter to set in motion an emotional cascade that leads to physician burnout. Distrust is both pernicious and contagious, affecting all those it comes in contact with and spreading with incredible ease.

Like a virus. But instead of infectivity, we look to other metrics to determine its spread – Trumpian individualism among patients.

Which is best encapsulated in how we phrased our survey – Jackson or Nixon. Both polarizing figures, both seminal figures in their day, both seminally Trump in the most Trump of ways. And the results are telling.

As of May 1st, 2022, respondents voted for Jackson twice as often as Nixon. The result corroborates trends we see across many media outlets – we will remember Trump as a mixed bag, good and bad. He will always have his loyal followers.

The ramifications will reverberate in patient care. We will see distrust disguised as a call for individualism; free will as a rebellion against standardized care or even conventionally accepted treatments. We will moralize our base characteristics into abstract aspirations.

Selfishness will be justified as an individual choice. Lack of standardized care will be re-contextualized as individual free will. And we will largely acquiesce to such revisionism. After all, any upgrade can be justified through the pretense of healing.

Trumpism is here to stay, and it will introduce unprecedented individualism in healthcare. It will damage medical culture and increase distrust, which studies have shown lead to worse quality of care for patients.

But we will still wholeheartedly embrace it, because we are flawed characters who cover our flaws through rhetoric. So rather than adhere to established guidelines in medicine, we will buck the trend and do what feels right or what we have “researched”. After all, it is my body, my choice – clinical medicine be damned.

So, how will we remember President Trump?  As the one who revealed our internal contradictions in healthcare. And once revealed, we kept them hidden.