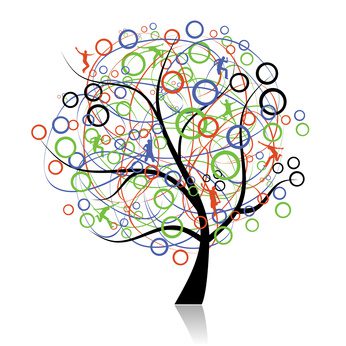 Establishing a public benefits company balances the distribution of funds to patients and families harmed commensurate with the relative burden Purdue Pharma LLP has inflicted upon the opioid epidemic.

A balance lost among many federal and state prosecutors who value high-profile criminalization over true Constitutional justice – as I have experienced personally from both a medical and legal standpoint – making my impassioned plea for fair representation on behalf of my patients all the more pressing.

Characterizing the settlement in terms of undue burdens is the Constitutionally correct approach and ensures fair and equitable distribution of responsibilities and justice to all peoples.

The legal strategy used in the litigation that led to the eventual petition for relief aggregated smaller legal cases to create a larger class action lawsuit. A legal strategy replicated against other, smaller opioid manufacturing and distributing firms, establishing a strong precedent for this case.

The disproportionate burden placed upon different patients with different medical conditions across different regions of the country is superseded by an artificially imposed uniformity – derived from the aggregated legal argument.

Which is why we agree in principle to the dissemination model which reflects the relative sales across different regions. The disproportionate burden imposed by Purdue Pharma LLP can be approximated by the relative sale of their medication, Oxycontin.

Which you find in clinical metrics – looking beyond traditional financial metrics to understand the broader, more accurate scope of impact.

The opioid epidemic is fundamentally a medical issue, not a legal issue. And by attempting to resolve a complex medical problem through standardized legal rubrics, you inevitably produce errors in approximation.

But to uphold the fair and equitable distribution of justice, the principle underlying the dissemination of funds through the public benefits company, we request the courts to adjust the model to truly reflect patient behavior, which should be understood as complex patient tendencies unique to different healthcare ecosystems.

Patient behavior involves all aspects of a patient’s life and encompasses all aspects of a patient’s decision-making that materially impacts the health of the patient. To quantify an inherently complex framework, the federal government has developed models that approximate the financial impact of the opioid epidemic on patients’ lives and decision-making through economic valuations of fatality risk reduction, the “value of a statistical life” relative to patient mortality.

However, The Council of Economic Advisers in November 2017 released a document highlighting the limitations of this approach: The Underestimated Cost of the Opioid Crisis. The document mentions among other things, inconsistent documentation of true fatalities and the limitations in equating the valuation of individual patient lives based upon how a patient trades off wealth creation for reduced mortality risks.

But healthcare relationships are fundamentally complex and cannot be defined through false attributions of cause and effect which define linear relationships. Instead, we should study the complex patterns of patient decision-making through the substitution patterns that define patient tendencies.

The varying prescribing and usage rates of different opioids, the ratio of prescription opioid mortality to heroin or fentanyl mortality, and the decision to substitute heroin for methamphetamines or vice versa are all examples of substitution patterns that define the pertinent patient tendencies – which all configure into the pattern variances that define the substitution patterns – which when applied across large patient populations, defines the overall behavior within each healthcare ecosystem.

Healthcare ecosystems are local geographies which contain similar patient behaviors and tendencies. A geography can be an entire county, or it can be part just one urban metropolis. The size of the ecosystem matters less than the similar behaviors and patterns seen across each ecosystem.

Which is the most important point, and one we hope influences how the dissemination of funds is calculated. Healthcare ecosystems are localized regions in which patients have been similarly affected by the opioid epidemic, implying that financial distributions should be allocated to regions and municipalities that define specific ecosystems.

A complex problem that can be resolved by defining complexity in simple terms.

Carl Sagan defines intelligence as the ability to solve complex problems in changing circumstances. So to study the changing, complex relationships in healthcare, we must structure each relationship as a ratio, comparing the relationship between two connected behaviors in healthcare, and observing the patterns of behavior relative to one another – as the variance patterns in these ratios discern meaningful fluctuations that define patient substitution patterns underlying the complex patient tendencies.

Healthcare is coordinated web of relationships balancing in equilibrium, held together by the bonds that define the interactions, that together forms the healthcare ecosystem itself.

The figure below shows a hypothetical case of ten physicians in a given ecosystem observed over one year. The ratio of opioids prescribed relative to the number of physical therapy orders placed is relatively constant for 9 out of the 10 physicians. The one outlier, whose behavior is different warrants closer examination to determine the underlying behaviors that produce different patterns.

Similar ratios can be developed across healthcare ecosystems to study the relative impact of the opioid epidemic across various patient populations. These ratios can correlate clinical decisions relative to financial impact and economic output, that when superimposed upon each other, define the true scope of the financial and clinical and economic burdens imposed upon patients within each healthcare ecosystem.

Analyzing patient behavior as a series of clinical decisions made over time relative to different financial and economic metrics frames patient decision-making in its proper context – as an opportunity cost. And ratios that define this relationship define the complexity in healthcare, and the complex impact the opioid epidemic has had on different communities across this country.

Relationships, that when visualized across ecosystems, form variance patterns that can be seen through normalized patterns of distribution. And the dispersion patterns in the pattern variances reveal emanative and emergent patterns that define the relative influence of the opioid epidemic on patient behavior within each ecosystem.

This truly defines the full extent of undue burdens in a systematic, fair and equitable manner across the country, and helps individualize the dissemination of funds across different healthcare ecosystems.

While it is the shared belief in the rule of law that brings us together, it is the unique differences among patients across the country that defines true justice for those disproportionately affected by the opioid epidemic.