How to Introduce the Fourth Booster 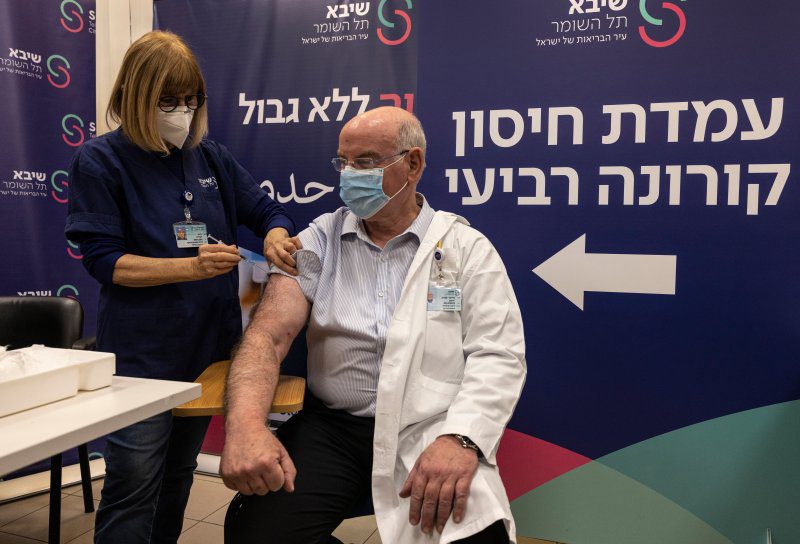 It will begin as whispers. It will grow louder through speculation from policy leaders on media outlets. Then we will hear policy announcements – referencing months old data as though they were recently published.

The CDC (Centers for Disease Control and Prevention) recommends a fourth COVID-19 booster.

An announcement we will hear sooner than later. If past patterns hold true, then we will begin to hear the messages sometime after the peak of Omicron, similar to how we were introduced to booster doses after the Delta variant’s peak.

This means the announcement will come sometime in late February or early March, as per current projections by the Institute for Health Metrics and Evaluation (IHME). With that, the patterns will emerge.

We will reference Israeli data on the benefits of a fourth booster. And almost reflexively, we will challenge the value of using Israeli data in the United States. Then there will be discussions about myocarditis risk and about global vaccine equity.

We will hear what we have already heard repackaged in new ways. This time, however, we must resist the urge to react to the messaging and focus on observing the patterns as they appear. The real lesson is in the patterns.

They reveal how our behavior determines our health outcomes. It is that simple and that complex. How we react to new medical information or to ongoing uncertainty determine the medical decisions we make. Effectively, these decisions are our clinical outcomes amortized over time. Only we do not perceive it this way.

The WHO (World Health Organization) has set ambitious goals for 2022. Recently, Director-General Dr. Tedros Ghebreyesus announced the organization will attempt to reach a global vaccination rate of 70% by midyear, ending – in his words – the acute phase of the pandemic.

For the vaccination rate to be realized and for the messaging to hold true, we must believe that the pandemic remains an immediate threat to our collective safety and that global vaccination is the solution. These are two major assumptions which have been repeatedly challenged throughout the pandemic. Through these challenges, we grappled with issues like vaccine hesitancy and government conspiracies.

These issues led to decisions that produced the clinical outcomes we now face. So if we wish to change the outcomes, then we must change the decisions. This starts by recognizing the patterns which will appear when the CDC tries convincing the public to get a fourth booster.

They emerge from the reactions to the messages. Not only what is said, but who said it and how it is conveyed. When Dr. Anthony Fauci boasted that he represents science, people reacted to the perceived arrogance in his words rather than to the authenticity in his efforts throughout the pandemic. Both perspectives may be true, he may be both sincere and arrogant, but people inevitably emphasize one aspect of communication and distill all the verbal and nonverbal cues down to that alone.

To determine whether public health messaging leads to behavioral changes, we must observe the pattern of reactions. The patterns that follow determine its effectiveness. The same patterns that produce fear and hesitancy can be modified to produce trust and cooperation.

Therefore, as policy experts prepare for a new phase of post-Omicron messaging, they would be wise to inject a sense of humility and self-awareness. It would be a refreshing change that would resonate strongly with the public – perhaps strongly enough to change behavior, which is the goal of public policy messaging.

Ultimately, it is about effective messaging, like most things in healthcare. We conflate quality of data with change in behavior when the two have nothing to do with each other. Healthcare is defined by the relationship between effective communication and corresponding medical decisions. A relationship based on patterns of reactions and behavioral responses.

To understand this is to learn the real lesson of the pandemic.