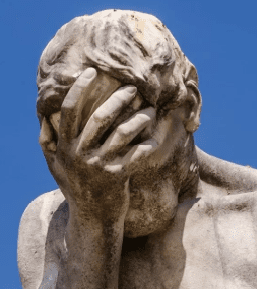 Healthcare has a problem with logic. Namely, we choose not to use it.

Instead, we substitute intuition for logic and assume the two to be the same. Sometimes we get away with it. Healthcare is experiential enough to where intuition works just enough times to seem like the right way of thinking. Until we realize that using our intuition, our gut-feeling, can lead us astray.

Take the raging debate over the opioid epidemic. The narrative that opioid abuse began with prescription opioids has led to a slew of policies designed to curb prescription opioids. We now know the unintended consequences of such Draconian policies. We see the outcomes, but we never question the logic that led us there.

Likely because we did not use any logic, we used intuition. Intuitively, it makes sense that prescription opioids would lead to opioid overdoses. It just feels right that overprescribing leads to more overdoses. After all, if one goes up, should not the other?

When we see only the outcomes, we create knee-jerk responses to what we see, and we default to our internal Ockham’s razor, the simplest explanation. This is as clear an example of intuition in action as there is.

But there comes a point where intuition becomes bias, and gut-feeling becomes preconceived notions hindering new information. We have long passed that point on opioids. It is time we regain some semblance of logic on the issue.

Forego the tendency to moralize behavior in abstract binary concepts of right or wrong, and look at behavior logically, as behavioral economists and policy wonks do, as an opportunity cost. Behavior in general is most logically understood this way, and patient behavior is no different.

You cannot encourage a diabetic to eat more healthily by taking away all sweets. But you can incrementally lower the intake of high processed carbohydrates. These improvements are usually the most effective, in medicine and in life.

This is why we struggle to create effective health policy and we unveil health laws that cause more harm than good. We emphasize intuition far too much because in healthcare, we rely on data, which is notoriously outcome-based. And when logic conflicts with intuition, we find any reason to dismiss the logic, regardless of how unsound the data may prove.

This is how we get narratives like the one claiming physicians were misled by pharmaceutical companies. We emphasize the outcomes and we ignore the logic that led us there.

This is not to discount the importance of intuition. Indeed, it has worked wonders in medicine. Many crucial discoveries were made through intuition. The progenitor of Genetics, the monk Gregor Mendel, used intuition to calculate the ratios of autosomal dominance in hereditary patterns.

But Genetics today has evolved beyond the days of religious asceticism. It is now one of the most technologically advanced fields in all of healthcare. Intuition continues to play a role, no doubt, but a limited one at that. Instead, logic reigns supreme.

Similarly, in health policy, we must prioritize logical thinking. Study the processes that lead to certain outcomes more than the outcomes themselves.

This is the difference between the two. One is proactive and the other is reactive.