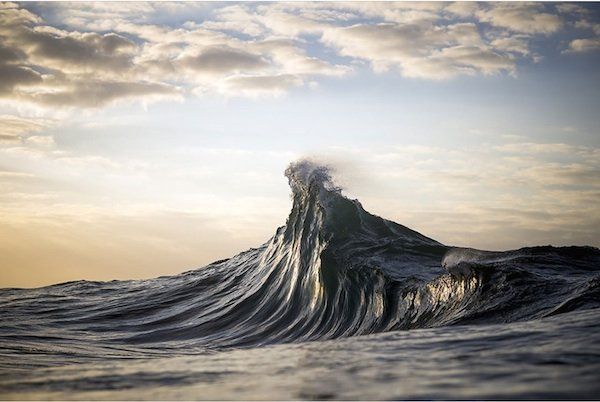 Soon belief became law, and extreme interpretations of the law arose in concert with the stigma of opioid use among patients. Eventually any opioid prescription was scrutinized as a potential drug of abuse. But, as Derek Thompson wrote, “taking care to avoid being wrong is not the same as being right”, summarizing how these extreme approaches to the opioid epidemic sought so hard to avoid any potential prescription mistake that they compromised patient care in the process.

Such extreme approaches are not unique to the opioid epidemic, and mistakes conflating right and wrong extend to the highest law enforcement officials, including former attorney general, Jeff Sessions. Who adamantly refused to rescind the infamously ineffective D.A.R.E. program despite nearly all evidence showing the program to be a failure. Year after year data evaluating the program found little to no difference in drug use, but Sessions persisted in his support for the program, believing the short term data to be inconclusive, or aberrations, in a long term trend towards decreasing drug use.

Which explains why the DEA applies the same set of vague hunches in investigating provider practices for opioid misuse. Federal agents perceive their initial inclinations to be everything there is to know about a clinical practice, and use these hunches to justify investigations and indictments. Effectively placing the Sword of Damocles over the head of every provider treating a patient for pain by reiterating this bias across healthcare.

A tendency we see repeated not just by the DEA but by most healthcare regulators who try to balance the complexities of healthcare through regulatory guidelines. But when the guidelines fail to address the fully underlying uncertainties, the guidelines become susceptible to interpretive biases that culminate into inevitable errors.

In 1961, the FDA (Food & Drug Administration) removed the drug, Thalidomide, from the market after a multiple cases found horrific fetal abnormalities to be associated with the drug.

But the FDA did not just remove the drug, it vowed never to let another tragedy unfold like what the country witnessed with the drug Thalidomide. And developed an elaborate drug approval and regulatory process that now takes anywhere from hundreds of millions to billions of dollars for drugs to obtain regulatory clearance.

Which made sense as a reaction to the Thalidomide tragedy but loses its sensibility when applied to all drugs seeking approval. Many new antibiotics for drug resistant bacteria are currently unavailable for patients because the market size and sales potential are less than the cost of market approval. Leading many policy experts to describe multi-drug resistant bacterial infections as its own insidious epidemic.

A tendency Milton Friedman alluded to when he warned that the “cure is worse than the disease”, that bias-ridden, kneejerk reactions from regulators can perpetuate healthcare problems rather than solve them.

Reactions that were then reciprocated by the public who respond in kind with biases of their own. Something that appeared in the early days of the COVID-19 pandemic when providers prescribed medications with questionable efficacy to patients whether they were symptomatic or not. And startled patients purchased non-FDA approved test kits in large quantities online, flagrantly bypassing all regulatory oversight designed to avoid clinically harmful behavior. But the public’s fear of the virus overtook any regard for the regulatory process, which ironically, became mostly ineffective in the most critical of times.

What emerged instead were a rapid series of interpretations and reactions to facts as they emerged over time. And as they emerged, we attributed cause and effect without knowing the full cause of the pandemic, and struggled to make sense out of what was transpiring even when all the relevant facts and information had not yet fully appeared.

The COVID-19 pandemic unveiled in real time something that has manifested in the same way, albeit more slowly, during the country’s drug epidemics. The heavy and sudden use of freebase cocaine in the 1980’s, particularly among the African American community ushered in the crack epidemic. The drug use had a devastating effect in urban communities. Which was then exacerbated by the imprudent, aggressive response by law enforcement of heavily criminalizing even minor drug offenses. That together unwound the fabric of the urban communities.

Families fell apart as loved ones were lost in the criminal justice system or to cycles of addiction. And when the initial efforts by law enforcement were perceived to be ineffective, or not as effective as they would have liked, they responded with increasing the intensity of the same aggressive approach. Soon imprisonment became part of the Black experience – in large part because law enforcement defined success by the number of drug dealers arrested and imprisoned, and by the reduced supply of drugs available in the market.

Crack use actually increased in the early years of the heightened approach to criminalization before eventually decreasing. Why it later decreased is a widely debated subject. Most law enforcement will tell you that it was their efforts that led to the decline.

Which is a startling rebuke on law enforcement’s traditional approach to addiction, and supports the theory that crime, particularly drug related crimes, occur in cycles. Rising and falling based upon a complex array of factors, often independent of law enforcement.

Similar cyclic patterns also appear in the opioid epidemic. Law enforcement believed that reducing the supply of opioids and heroin in the community would reduce mortality, so they increased the number of arrests for drug dealers, providers, pharmacists alike, assuming any arrest would net a positive impact. But studies have repeatedly shown no relationship between the number of opioid prescriptions and opioids related mortality, questioning the validity of such interpretations by law enforcement.

Healthcare policy experts, realizing that such an approach is harmful to the patient, created prescribing guidelines to balance government oversight with proper medical care. Guidelines which were then implemented by insurance companies and state regulatory organizations, to help providers make prescribing decisions.

Policy experts then believed gather more data would improve our understanding of the epidemic, and consequently lead to better guidelines. Emergency departments were among the first to compile data on opioid related overdoses so many of the more recent guidelines are largely influenced by outcomes in acute care settings, overemphasizing acute metrics as markers of overall success in the opioid epidemic. Exemplifying the role reporting bias plays in influencing our perceptions of healthcare.

Studying addiction medicine in chronic care settings requires context specific metrics that study addiction when patients first develop dependencies that turn into addictions, instead of monitoring for overdose events that appear long after the addiction formed.

The reporting bias evolved into an attribution bias through which the entire opioid epidemic is defined by the relationship between opioid prescriptions and overdose mortality, conflating acute care metrics with chronic care metrics.

Attribution error blinds us from seeing what soon appears obvious in hindsight. We know Americans are prescribed more opioids than any other country. We know hundreds of thousands of Americans have overdosed or are addicted to opioids. What is not obvious is how the numbers – mortality, overdose rates, job productivity losses – come about in the first place. We loosely attribute the rise of the opioid epidemic to a single, broad upswing in overall opioid use. But the upswing is really a long term trend accentuated by a short term trend, both leading to increase in opioid use, but for different reasons.

Demonstrating how errors in the interpretation of healthcare data are repeated until they are uniformly accepted and explaining how we continually get fooled by trends that seem obvious in hindsight.