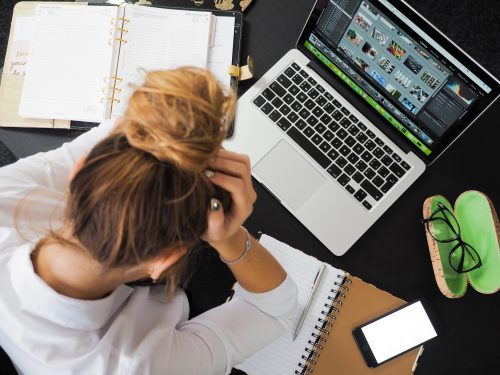 Healthcare journalists are suffering, like much of healthcare. But there is one difference – how the struggle manifests.

Most of healthcare is an interaction. The directness of which at times can be overwhelming – hell hath no fury like a scorned patient. But the interactions offer the solace of humanity. When any two people interact in healthcare, they form a bond. Two ICU nurses bond over shared experiences while managing patients with COVID-19 complications. A physician and her patient bond over shared concerns of elementary school closures. This connection is as therapeutic as any medication.

Healthcare journalists, in contrast, suffer alone. Their words, once written and published, are laid bare for all to see. The interactions that follow are not with the writer, but with the words themselves. The dance between reader and writer is buffered by the seclusion the medium creates. A writer’s words, generated through a blend of insight and creativity, soon isolates and binds the writer.

Under normal circumstances, most writers would gladly stand by their work. After all, journalists write so readers may read – one cannot exist without the other. But during the pandemic, this relationship went awry.

First came the deluge of information. Early in the pandemic, we received an unprecedented number of conspiracy theories, pre-published studies, and repurposed drugs. The preponderance of information evolved into misinformation and at times disinformation. Journalists trying to parse through it all found themselves trapped in Zeno’s paradox. The more they dissected the available information, the deeper they fell into a chasm of the unknown.

Any attempts to make sense of it all, to apply principles of healthcare journalism, fell woefully short. There is no hypothesis to test because the experiment is ongoing. There is no room for skepticism because it all remains unknown. You cannot find an angle to a story when the story is still shaping out.

The traditional techniques of journalistic inquiry that most healthcare journalists utilize no longer applied. So they found other ways to cover pandemic stories. But as the stories changed, so did the readers. Soon healthcare journalists saw their words mangled by hordes of unfamiliar readers who saw the pandemic as anything but scientific. The dance between writer and reader became an all out assault.

Healthcare journalists, unaccustomed to such vitriol, found their words used against them. The words became the story and the story angle was found in twisting the words. Writers were trapped within this maze of twists, bound to endure the flagellations of public ire.

Some recoiled in reaction, unwilling to endure such outrage. Some tried to reason, only to learn that reasoning does not apply to the unreasonable. Most adapted, as people tend to do in times of suffering. Healthcare journalists now comfortably admit that they do not have all the information. Some openly acknowledge the political bent of data reported in a story. It is a change that in pre-pandemic times would have been unheard of in the hallowed halls of healthcare journalism.

But it is a change that will define the future of the field. Holocaust survivor Viktor Frankl famously wrote that we find meaning in suffering. For the many healthcare journalists suffering in isolation, meaning comes from the lessons learned during the pandemic.

That science is never science alone and that healthcare journalism is never about healthcare exclusively. It is a dance defined by the twists and turns of each written word as writers interpret and readers reinterpret words into stories. This is far from the sterile, rational world of science, where controlled experiments eliminate biases, holding all things constant except for the variable being studied.

This world is filled with biases, ulterior motives, and ever evolving information. It forms the lens through which most of the public consumes healthcare news. And it is high time healthcare journalists embrace this reality.

After all, the medium is the message.