Patient satisfaction is the oldest and most widely used metric. It's also the most misleading. 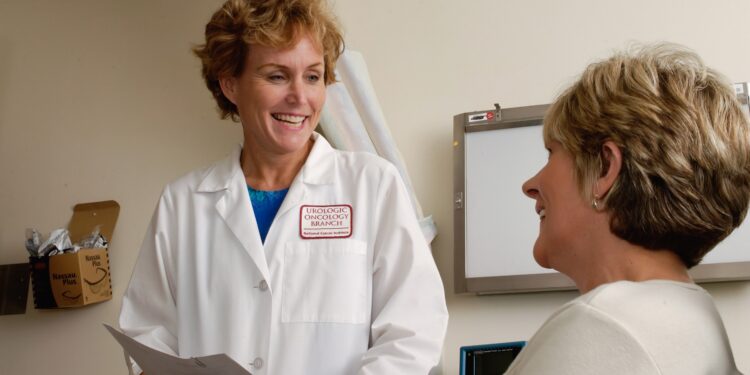 Healthcare is staring at the abyss, waiting for the abyss to gaze back. Healthcare will have to wait.

The frequently used analogy of the abyss was first proposed by Nietzsche to symbolize our internal battle for self-realization. Until we see who we are, what we’re fighting against, we’ll never understand ourselves.

The same applies to healthcare. In recent years, the pursuit of medical data and technology has culminated in an overabundance of metrics. Whatever could be measured was quantified until the only things that mattered were what could be measured. For years, we called this progress. Now we see it creates as much harm as good.

“Not everything that matters can be measured and not everything that can be measured matters”, quipped Albert Einstein. He was alluding to his general life values, but his words are equally apt for healthcare. Take the infamous patient satisfaction score, one of the oldest and most widely used metrics in healthcare. It measures how satisfied a patient is with his or her care experience.

It’s an application of the net promoter scores developed by consulting firm Bain & Company in the 1980s. Back then, customer loyalty was everything. With a loyal customer, a brand apparel company could count on consistent sales and word-of-mouth referrals. Even today, it’s the ultimate competitive advantage.

But a loyal customer isn’t comparable to a loyal patient, and by conflating the two, we trek down a murky path of moral hazards that should have remained unthreaded. Patient satisfaction wasn’t originally intended to measure the patient experience. It was designed to gauge how loyal patients would be following the care they received. In short order, loyalty became a proxy for quality of care.

A satisfied patient is a loyal patient and would keep coming back. While that seems logical enough, at least in the minds of many hospital administrators, it’s not correct. It’s just what the measurements show, so we think the numbers portray an accurate representation of the patient experience.

But like Einstein said, what matters is what’s not measured, the things outside of the numbers. Patient satisfaction only matters if you think of healthcare as a retail experience. So naturally, you would seek brand familiarity, since the familiar is appealing to the masses. However, healthcare is anything but familiar. In fact, it’s an exercise in managing uncertainty.

Few consumers shop for brands or styles that they implicitly like on their own accord. Most rely on trend setters to tell them what’s in style and then they purchase those clothes accordingly.

The decision-making is different because the level of uncertainty differs. As a result, principles of consumerism don’t apply and the concept of loyalty varies from the clinical experience to the retail world. Therefore, instead of measuring satisfaction, we should measure engagement.

Patient satisfaction is passive. It’s a measure of how the patient was treated, what services were offered. It’s about what was given to the patient, like guests at a hotel. Engagement is active. It measures how actively the patient participated in the care that transpired.

This goes back to the foundational principles of behavioral economics. We gravitate toward the easy and convenient, but we respect the hard and challenging. And in healthcare, we derive loyalty out of what we respect.

Shopping is easy, that’s why it’s a consumer experience. It should be easy. Healthcare is hard. It’s dynamic and uncertain. These are the conditions that call for a highly engaged patient. Take the post-operative patient who is recovering from an appendectomy. She would benefit from active breathing exercises and physical therapy. Sure, she would love to relax, enjoy some pain relief, and commiserate alongside her healing wounds over some daytime television. Such a patient would be highly satisfied.

In contrast, a highly engaged patient would muster the grit to engage in the recovery process. There may be some difficult moments in challenging her to get out of bed, but in the end, she would have appreciated the encouragement and the challenges. In fact, those struggles would prove quite memorable for the patient. Those are the memories that engender loyalty in medicine.

It’s time healthcare rids itself of this pathological obsession with convenience metrics, assuming consumerism defines good clinical care. Healthcare should look at itself for what it is, an abyss of uncertainty. Hopefully then, the abyss will finally gaze back.