A New Approach to the Opioid Epidemic 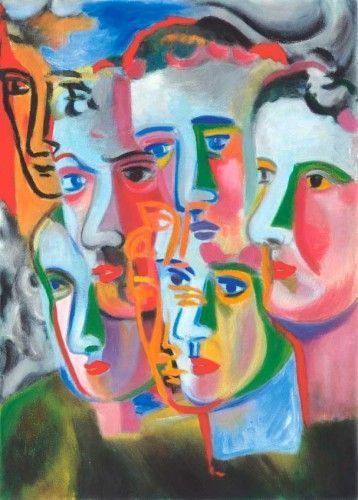 In McHenry County, Illinois, like so many counties across the nation, families affected by the opioid epidemic have established community cohesion programs to support one another and economically provide for recovering addicts.

A pattern of behavior shown to improve relapse rates and a pattern we are starting to see appear more frequently as patients suffering from addictions are afforded medical treatments instead of reflexive criminal consequences.

In the heart of Appalachia, towns in West Virginia are opening guitar shops and other hobby-based businesses to give people an opportunity to recover from the ravages of addiction – mentally, economically, and existentially.

Such measures are proving to be more effective than traditional healthcare intervention.

Many states now employ programs that assign patients with addictions to mental health facilities instead of prisons for certain low level, misdemeanor crimes. With the belief that instead of castigating patients into a life of criminal recidivism, we can give patients an opportunity to seek medical treatment.

These are all programs intuitively assumed to add value in the community, and we will quantify the value of these programs through outcome-driven statistics, like the number of overdoses or criminal convictions for drug crimes.

But the true value of these programs resides in the behavioral changes that transpire, decision over decision, among the patients affected by, or would be affected by the opioid epidemic.

Many believe the relationship between prescription opioid use and heroin correlates to heroin overdose rates, and we simplified the correlation to relate the number of opioid prescriptions with heroin overdose rates – assuming the relationships to be linear. But studies have shown the number of opioid prescriptions has no meaningful relationship with overdose mortality rates. The perception that higher numbers of prescriptions lead to more overdoses is yet another heuristic we created through an outcome bias. This is what happens when we look at data based on outcome statistics and extrapolate a cause for those outcomes on just the data alone.

Something we can resolve by studying the complex relationships as they manifest dynamically over time, decision over decision. Patients do not transform into addicts in direct, predictable ways. Rather, the transformation observes complex patterns of behavior that are both rational and irrational.

These patterns characterize the behavior changes that lead patients to become addicts – or addicts to become patients. Whether it is the unemployment rate relative to the number of providers, or the number of Medicaid services available relative to household income levels, or even the varying usage rates of different opioid medications – prescription opioids, opioid addiction medications, and non-opioid alternatives – these are all variables that configure into the pattern variances we can model and observe over time.

Such a model can discern medical or social issues within a healthcare ecosystem which could be exacerbating overdoses and determine the need for treatment centers at specific locations. Or determine whether it would be more beneficial to include more comprehensive insurance coverage for opioid alternatives.

The patterns emphasize the most important, yet obscure aspect of healthcare behavior – the individual steps or decisions that lead to the broad tendencies we observe in traditional outcome statistics.

To observe these tendencies, we need to structure the right ratios, for which we need the right data – something far more difficult to obtain than it would seem. Healthcare information is scattered. At times almost guarded, privately in different corporate entities, and publicly across multiple federal and state institutions that all use different techniques to obtain, format, and store data. Which are often the most significant barrier in developing these frameworks. But a barrier we must traverse. Until we develop models to analyze complex relationships and the patterns that define them, we will continue to see only the most overt manifestations of these trends. And continue to make the same bias filled decisions.

Large settlement funds that came from multiple class action lawsuits against pharmaceutical firms were intended to help regions across the country recover from the damages caused by the opioid epidemic. Despite securing the funds, government officials remain at odds in terms of allocating the funds and resources. Lawyers, not trained in addiction health, simply aggregated outcome-focused statistics from various data repositories and presented the most grandiose numbers possible attempting to quantify the social and economic impact of a fundamentally complex process.

It should come as no surprise that now many of the government officials who worked together cannot decide who is better suited to manage the funds, nor how the funds should be disseminated. The necessary analysis was never conducted in the first place.

Instead, studying the clinical and economic needs of each town, county, or broader geographic region through complex frameworks would identify the unique characteristics of each ecosystem, as defined by the specific patterns of behavior. This would discern how the funds should be distributed and the level of government most fit to oversee the recovery efforts.

If there are wide disparities among smaller ecosystems, than local governments are likely better suited to appreciate the smaller nuances and differences. But if there are similar trends across multiple towns and counties, implying the ecosystem is rather large, than a more centralized effort from state or federal officials may be more effectively managed at a large scale. The characteristics of the healthcare ecosystem dictates the nature of the recovery efforts.

Healthcare is a fractal. Growing in complexity through the same patterns that appear over and over no matter how broad or individualized the scope. Always defined through the relationships. This explains the inherent limitations in data and technology. They attempt to separate the perceptions of healthcare from healthcare itself, creating an unnatural divide. Which inevitably gets filled with another set of perceptions.

For knowledge without action is an empty science.

And healthcare has always been both an art and science.