A Matter of Good Faith 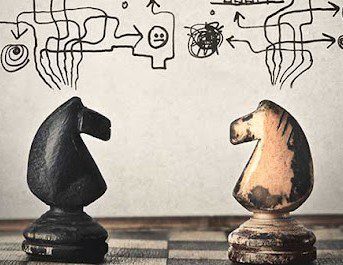 The phase of the moon predicts the strength of the tide.

A fact known throughout history among sailors who planned seafaring voyages based on phases of the moon, knowing it to correspond with the ideal tide for setting sail. They may not have known what the sea would bring, but they used the moon as a guide. For them, it was a matter of faith.

So whenever the tides proved turbulent despite the ideal phases of the moon, sailors would not blame themselves. They know sailing is inherently dangerous and mistakes are inevitable. For them, mistakes made in good faith are a natural part of sailing.

Good faith is a term that is both instinctively understood yet difficult to define, precisely because it is a distinctly subjective term. We all understand its meaning, but we each understand it in slightly different ways. And the differences grow more pronounced as the behavior in question grows more complicated.

This is likely why the Supreme Court has agreed to weigh in on the issue of good faith in healthcare – a hopelessly complicated field defined by complex decisions and actions made in rapid succession. Good faith in healthcare is often a matter of opinion, which explains why it is interpreted so wildly in federal courts across the country – even for the most mundane of actions, like writing a prescription.

Such as in the case of Dr. Xiulu Ruan v. United States, an Alabama physician who was convicted of prescribing opioids, a controlled substance, outside the scope of medical practice. She argued that she acted in good faith, that the action perceived to be criminal, the writing of prescription opioids, was performed as a physician caring for her patients, in good faith.

However, the district judge in her case dismissed the argument, claiming it did not apply, preventing her from using a good faith argument as a defense. A ruling that was subsequently upheld upon appeal, and has now made its way to the Supreme Court for review. The question now presented to the Supreme Court is whether a physician alleged to have prescribed controlled substances outside the usual course of professional practice may be convicted despite acting in good faith.

For those in the healthcare profession, this may seem like an obvious question. But it is anything but obvious in the courts of law, where the interpretations of law determine how it is implemented in society – and consequently perceived in healthcare. Even minor changes in legal interpretation have the potential to reverberate loudly across healthcare, leading to material changes in clinical decision-making.

It is perhaps no coincidence then that the Supreme Court has taken upon itself to answer this question now, years after waves of opioid litigation and physician arrests have made headline news. And years after physicians have dramatically reduced the number of opioid prescriptions.

In fact it is obvious, the tide is turning.

The many high profile opioid litigation cases and ensuring rulings in recent years have not produced the intended effect of curbing opioid abuse and instead have unleashed a slew of unintended effects harming patient care.

In hindsight, these cases have proven mostly ineffective, at times disingenuous on the part of prosecutors, and exacerbated the opioid epidemic’s latest wave of fentanyl induced overdoses.

Something the public has long understood. And something the courts across the country are starting to realize. How laws are interpreted affect their implementation. And even minor changes in interpretations have outsized effects on clinical behavior.

In California and Oklahoma, each state’s respective higher courts have overturned high profile legal cases against opioid manufacturers and distributors that claimed these companies were liable for the opioid epidemic using public nuisance ordinances as the basis for the liability claim.

The original rulings were predicated upon curious interpretations of law – acknowledged to be novel even back then – but permitted under the pretense that public health policies can be addressed by moralizing medical behavior through the courts of law – a pretense that has proven flagrantly false, time and time again. And to the courts’ credit, they corrected erroneous interpretations of public nuisance laws.

Good faith is the term that, when the definition is met legally, permits a prescriber to dispense controlled substances to patients based on medical need, an act that is regulated by the Controlled Substance Act and enforced by the Drug Enforcement Agency.

Currently, the term is interpreted and executed through a series of vague definitions that attempt to ascribe a particular act or behavior that violates normal clinical behavior in which a controlled substance would be prescribed – as someone who is not medically trained would understand it.

Traditionally this would include exchanging the quantity of opioids for direct financial remuneration, for sexual favors, or absent any actual clinical engagement. Yet during the height of opioid criminalization, the term was redefined to include acts and behaviors normally seen in the patient encounter, but may construe substandard clinical care, as interpreted through a retrospective analysis of the patient encounter.

Soon, physicians were indicted depending on whether or not they ordered a urine drug screen or reviewed a prescriber database. The term good faith was reinterpreted to define the quality of care as it was understood by non-clinically trained law enforcement agents.

As a result, the fear of prosecution defined the quality of care for patients. Opioids were restricted. Patients with chronic pain or substance use dependency were abandoned by their physicians. And physician arrests made headline news.

Physicians could now be charged criminally for clinical behavior, or for a lack of presumed clinical oversight, all under the aegis of the term, should have known. Now the speculative fear of what the term, good faith, could or could not be interpreted to mean superseded actual medical need, or what the physician should have known.

Now the Supreme Court has an opportunity to rectify this.

In healthcare, we react to the uncertainty within a law, not to the law itself. And minor interpretative changes in law have unexpectedly outsized effects in healthcare, most noticeably in subtle healthcare behavior and decision-making.

Accordingly, when the matter of good faith is presented to the Supreme Court, it becomes incumbent on the Justices to not only define the term with more clarity, but also understand how any proposed revision of the term may lead to unintended consequences or uncertainty in healthcare behavior – the second and third order consequences of legal interpretations in healthcare.

And most importantly, ensure that the interpretations of healthcare law protect physician rights, in much the same way laws emphasizing harm reduction protect patient rights.

Healthcare is a liberty, to be understood as an affirmative right, balancing social responsibility with individual actions. All legal interpretations must be derived through this understanding. We pray the Supreme Court recognizes this and uphold the principles of the Constitution during the deliberations.

It is a matter of good faith – not just for physicians, but for all of healthcare.