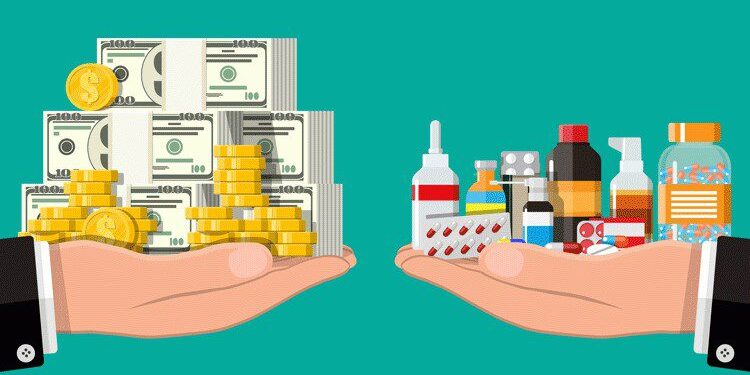 Sometimes we think we solved something, when we merely changed the game.

President Biden’s signature healthcare legislation, the Drug Pricing Plan, which was previously rolled into various versions of the Build Back Better Plan and now the Inflation Reduction Act, has finally passed both houses of Congress and signed into law.

Now Medicare can apparently negotiate the price of drugs.

“It’s a huge deal,” says Stacie Dusetzina, professor of health policy at Vanderbilt University. “It really does break a lot of new ground and fix a lot of problems.”

It has been proclaimed as the savior of healthcare, echoing sentiment similar to the passing of the Affordable Care Act, or Obama care. But such exuberance might be premature. Or, as Stacie Dusetzina says moments later: “It is a modest start.”

To understand why we should approach the law with a bit of caution, we must begin with the concept of price in healthcare. Many were shocked to hear the government cannot directly negotiate drug prices. But that is only partially true. The government has always influenced price, just not in the direct way we see in other industries.

Previously, drug prices were set by drug manufacturers and pharmacy benefit managers and, to a lesser extent, the pharmacies themselves. The federal government, namely the health policy makers leading different health administrations, was forbidden from interfering in drug prices because of an aptly titled clause, “noninterference”.

It stipulates the Department of Health and Human Services, which oversees the Food and Drug Administrative and the Centers for Medicare and Medicaid Services, “may not interfere with the negotiations between drug manufacturers and pharmacies and PDP [prescription drug plan] sponsors, and may not require a particular formulary or institute a price structure for the reimbursement of drugs.”

Libertarians would argue in favor of this model. After all, it suggests that the market dynamics of the supply chain set drug prices. Manufacturers sell to distributors who sell to retailers, and whoever has the most influence in the supply chain sets the price. But in the pharmaceutical industry, market conditions do not influence supply chains. Patents do. And that makes all the difference.

Patent protection allows drug manufacturers to limit the competition and produce drugs for a minimum of ten years. It also limits the ability of those down the supply chain to affect drug prices, including the pharmaceutical distributors and insurance carriers.

Take such protections away and you would have lower drug prices because conceivably, you will have more competition – or so the politicians would have us believe. But market protections in the pharmaceutical industry go beyond patent protections, or the cost of innovation. They are set by manufacturing licenses, distribution rights, and other means of bureaucratic control set through the pretense of regulatory oversight.

In short, market forces do not set drug prices. They are offset by entities with undue market influence that engage in shared profiteering under the guise of cost sharing. Just look at the profit margins enjoyed by pharmaceutical manufacturers and distributors compared to healthcare providers. When a pharmaceutical company offers rebates to patients, it appears to be providing discounts. But the rebates come with strings attached, such as giving the company exclusive distribution rights.

So while it appears the pharmaceutical company is minimizing out-of-pocket expenses for patients, it is actually increasing profits by preventing market competition.

The law will not change this dynamic because no one in positions of power wants to stop the gravy train of drug discovery. There is too much money in innovation. And whatever concessions are made in lowering the drug prices will be compensated for somewhere else.

This much becomes apparent when we look at the law itself. It reads more like a hedge fund investment strategy that uses derivatives to set price changes. In the law, Medicare does not actually control drug prices directly, as some reports would have you believe. Instead, it exerts an influence over the average price of select drugs and its rate of increase.

Specifically, the ones with limited generic or biosimilar competitors that are already exorbitantly priced. The law explicitly says: only the fifty drugs with the highest Medicare spending would be eligible. Those exempt would be drugs under patent protection and those that serve small markets comprising less than 1 percent of the Medicare annual spend or those that treat rare diseases.

It all reads like financial speculation, more than actual legislation, which may be the point. The pharmaceutical industry knows how to reap a profit, and this law will do little to curtail that trend. True, the advertised cost of drugs will be lower, but drug makers will simply shift how they cost share to keep drug prices within the defined parameters, while reaping additional revenue elsewhere.

With fewer rebate mechanisms available and tighter restrictions on the upper limits of drug prices, we will see fewer drugs for those unable to pay out-of-pocket expenses, as well as lower out-of-pocket expenses for those who have always been able to pay. The law will exemplify how implicit moral hazards create health disparity. The have’s will continue to have and the have-not’s will continue to have not.

But the profiteering will not stop. Though profiteering was never the problem. It was finding a fair solution to drug costs, one that shares costs across the supply chain and among all patient populations.

Instead, we bounded and capped drug prices to restrict the cost sharing of drug prices and limit drugs to a limited part of the patient population.