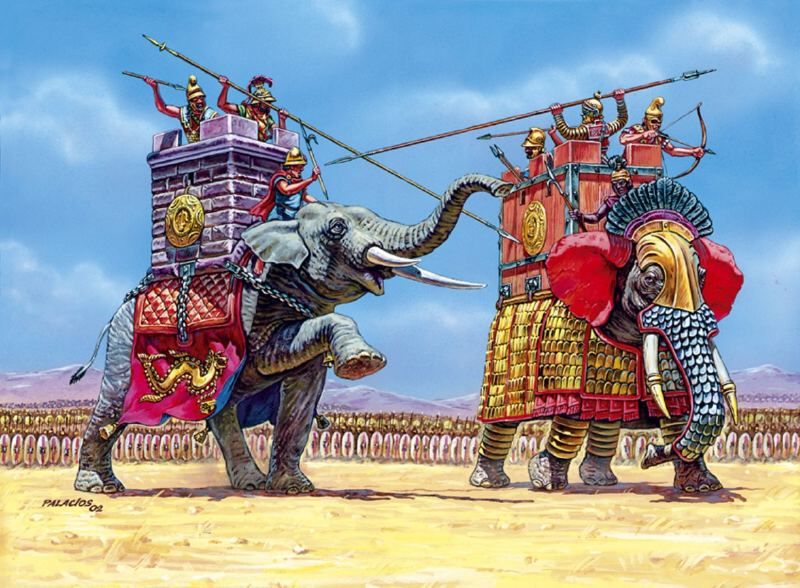 The war elephant was the heavy artillery tank of antiquity. Some of history’s greatest empires, from the Carthaginians of North Africa to the Mauryans of India, utilized the war elephant to devastating effects.

But for all their strengths, the war elephant had one fatal flaw – it was unable to confront uncertainty. Daring soldiers would approach with torches most elephants have never seen or produce unfamiliar, raspy sounds to frighten the animal – with surprising effectiveness.

In the end the uncertainty overcame the strength of the war elephant. And what appeared as an insurmountable weapon of war deteriorated into an unwieldy beast, as capable of exacting self-inflicted wounds as casualties to the enemy.

This is the nature of uncertainty, capable of transforming perceived strengths into actual weaknesses when approached by something new or unfamiliar.

Something many of us experienced during the COVID-19 pandemic. Uncertainty crippled massive healthcare systems into debt ridden organizations living and dying through government aid. It destroyed the belief that patients will always seek care, whether in good times or bad. And it eroded trust in federal healthcare institutions that long served as the voice for healthcare public policy.

Uncertainty is an inescapable reality of healthcare that we have largely ignored, until we could no longer afford to. The impact of the pandemic became too much to bear. And if we are to truly implement the lessons learned from the pandemic towards the future of healthcare, then we need to integrate frameworks of uncertainty into healthcare.

But healthcare is already rife with frameworks. You could even say the field has too many frameworks already. Whether it is creating protocols for patient care, or designing algorithms to streamline clinical decision-making for routine patient care, healthcare – more often than not – has a framework for most situations.

But it is a framework for the unfamiliar, unknown situation that can add the greatest value. Whether it is a protocol to handle uncertainty, or a database for reporting unknown presenting symptoms, we need to systematize the reporting and management of uncertainty.

This requires a shift in culture. Not unlike the shift towards acknowledging and reporting errors. For decades, healthcare had created a culture of Darwinian, intellectual competitiveness. In which an error was seen as a sign of weakness, or of a weak mind that, conceivably, a smarter physician or nurse would not have made. Yet instead of eliminating errors, this culture simply swept errors under the table, denying their presence altogether.

But once committing an error became culturally acceptable, we began to find errors more easily, and address them more effectively.

Uncertainty is not much different from errors. It is simply a matter of semantics. Uncertainty produces errors, as errors come from situations in which what is unknown exceeds what is known, and the uncertainty overwhelms the decision-making – leading to a wrong decision.

Study uncertainty as a discipline within healthcare much like it is studied in engineering. Most engineering fields acknowledge error and have developed sophisticated risk and error minimization frameworks which acknowledge uncertainty. And by acknowledging uncertainty, engineers optimize it.

In healthcare we do not even acknowledge uncertainty. As a result, we have no means to optimize it. If we encounter a patient with fatigue, pale composure, and dizziness, then we may reflexively consider anemia as a possible diagnosis and initiate a work up that involves drawing lab values such as serum hemoglobin. Depending on the acuity and severity of the symptoms, we may consider a cardiovascular or neurovascular work up for a heart attack (myocardial infarction) or a stroke, respectively.

We use the uncertainty of the symptoms, balancing the acuity, severity, alongside the constellation of symptoms to determine what course of action to take. This line of thinking predisposes to action, meaning we address uncertainty incrementally, trying to eliminate it by ordering test after test, imaging after imaging.

Some is good, more is better. But whatever we do, we tend to overdo.

The problem is that we never actually address the uncertainty. We merely wish it away by ordering and testing, hoping we understand the presenting symptoms well enough to know what the treatment should be.

Most of the time, this approach actually works. But in those rare moments when it does not work, we will find ourselves confronting a war elephant of healthcare. A situation in which the uncertainty overwhelms what we think we know.

Those are the moments when we need to rely on frameworks of uncertainty to standardize our approach to what we do not know. Every aspect of healthcare has established standards of care through which we think through an issue – a presenting set of symptoms, a public policy issue, or a hospital guideline.

These standards structure clinical thinking to eliminate uncertainty overtime decision over decision, which mostly has worked quite effectively. Until they do not. Until we meet a war elephant.

We need to add provisions in these standards and protocols to account for uncertainty. Make uncertainty an acceptable aspect of real-time decision-making in healthcare, and not a last resort default when all other viable options have been exhausted.

Many forward thinking medical schools train students to think about the cost-effectiveness of ordering a test or an imaging study, balancing the value of a test or study relative to its cost – as an opportunity cost. We can easily incorporate uncertainty into a comparable opportunity cost framework. Openly discuss the perceived value of ordering something or taking some action relative to the uncertainty addressed through that order or action.

From that shift in perspective, we can create new frameworks or modify existing frameworks that encourage us to think in terms of uncertainty. And embrace it as an integral part of healthcare.

So we will be ready for the war elephants of healthcare.