It's time we think about viruses differently 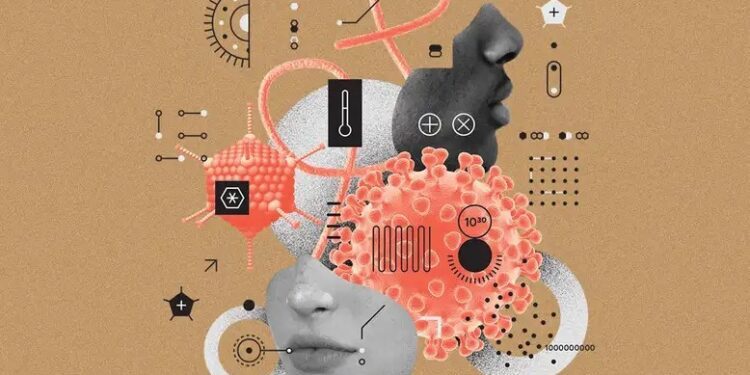 We’re naturally self-centered. It’s kind of our thing. We fashion the world in our image and fawn over technology that provides even more exposure to ourselves. Vanity is our collective weakness.

It affects how we look at the world. It influences our perspective of science. We think DNA carries our genes from generation to generation. In reality, we are carrying DNA into the future. But the tree always believes it’s mightier than the nut.

The more we learn about life, the more it appears as a means of advancing genetic coding – with viruses leading the vanguard.

They find vectors to replicate within. Sometimes they use host cells, sometimes they use the environment. Often they use both. From that perspective, the pandemic was a massive success, if you think from the perspective of the virus – as difficult as it may be to do.

But, maybe we should do just that. We would develop a better understanding of our world. We live in a massive virosphere filled with billions of viral species that we interact with daily yet know next to nothing about. It’s time we study it.

Especially now, since COVID-19 and its variants have altered the virosphere. As a result, there has been unprecedented behavior from other viruses and viral-like species. We focus on the sensationalized headlines and the unique symptoms, but there is something more fundamental at play. There is an interdependence among different viruses that was previously unheard of.

Take Respiratory Syncytial Virus (RSV), the non-influenza, non-COVID respiratory virus affecting children and vulnerable adults. It now presents with an unusual vigor and outside of its normal seasonal patterns.

Scientists first noted changes in the timing of RSV hospitalizations in 2021, when the majority of the cases occurred in the spring of that year and hardly any appeared in autumn and winter 2020–2021, the time when the virus is most active.

In some studies, the authors attributed the changes in RSV to behavioral changes in humans during the pandemic. Indeed, public health policies implementing COVID-19 control measures – such as mask wearing, hand washing, and social isolation – limited the spread of COVID and perhaps of other viruses as well.

Increasingly however, it seems this tells only a part of the story. An oceanic expedition in early 2022 discovered over five thousand marine based RNA viruses that play a role in maintaining the equilibrium of the ocean ecosystem. Viruses clearly have a complex, interdependent role in the global ecosystem.

But we can’t help but think of viruses solely by how they affect us. It’s a bias we’re stuck with. It has limited our understanding of the beauty and diversity of viruses to nothing more than a caricature of modern day scientific eschatology.

We think of viruses as agents of infections, insidiously waiting for the opportunity to strike and spread – as though their sole existence is in relation to us, as a harbinger of end times. This metaphor carries into our use of the word and its cultural application. In the age of the internet, the word ‘virality’ is used to describe the spread of something. But it isn’t the best way to describe viral behavior overall.

In recent years, our understanding of viruses, as they are depicted in the humanities, hasn’t kept pace with scientific discoveries looking at the virosphere’s vast realms that redefine the virus’s role in our world, and possibly our universe. As a result, any knowledge gleaned is covered in the veneer of cultural bias. So we only think of viruses when they affect us.

In a field expedition studying climate change’s impact on melting glaciers, scientists found viruses trapped in the glacial permafrost, which they assume can be released with rising global temperatures.

Rather than analyze all the viruses in the frozen virospheres, the scientists only focused on those capable of zoonotic transmission, in the rare event that an ancient virus, once defrosted, will travel from glacier to animal to man and unleash the pandemic to end all pandemics.

It’s all so sensationalized and so recent with COVID-19 that we can’t help but focus on that aspect alone. But in doing so, we forgo the opportunity to study viruses more comprehensively.

They are the unit economic building blocks of life. They shuttle DNA and RNA strands and fuel evolution. We would not be here if not for viruses; remember, 8 percent of our DNA is viral in origin.

Yet we cannot separate our expanding scientific knowledge from our limiting biases. Virology is not unique in this regard. Most of science advances perception by perception, where novel theories come in vogue only after the torchbearers of previous theories lose the zeitgeist of their scientific field.

Viruses are both a cultural phenomenon and a vector for genomic transmission. Their modern perception is some varying combination of the two. So we only look at viruses by how they infect us and spread disease. But viruses are more than plagues and pandemics, and they are certainly not the retribution of a spiteful God. They are the fundamental units of life.

They show us that the world does not revolve around humans and that evolution is not a linear process culminating with humanity. Rather, it is a complex process of perpetual iterations, with viruses serving as nature’s instrument of change.

The sooner we understand that, the better we’ll understand our world.