The Problem of Celebrity Patients

A narrative is worth a thousand perceptions 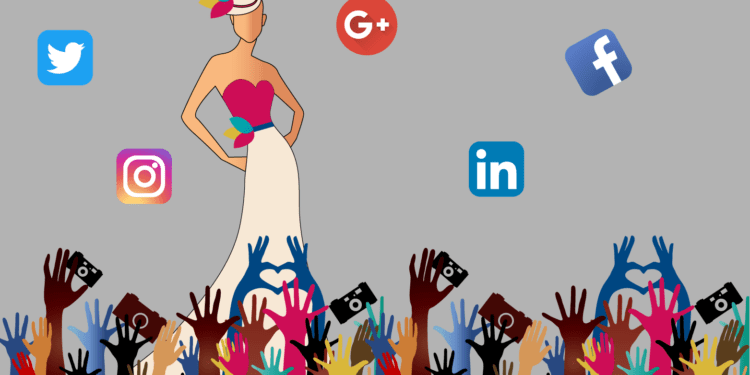 We are curiously obsessed with celebrities. The aristocrats of today, celebrities possess an unnaturally large influence on modern society. And it extends into healthcare.

Just look at the scores of celebrity patients rushing to social media to display their newfound diagnosis and take the mantle of patient advocate, as though their personal affliction offers some semblance of expertise. Oddly enough, in the minds of the public, it does. We inquire about their conditions, which hospital they visited, and we internalize their stories as our own.

In a world where fifteen seconds of video garners more attention than fifteen years of clinical research, celebrity patients have an outsized role in shaping the narrative on many clinical diseases – just by associating their celebrity identity with a particular disease.

It explains why despite the lack of research proving the existence of Chronic Lyme’s Disease, it remains a popular disease among the self-diagnosed. Famed musician Justin Bieber recently attributed his fatigue to the disease, claiming he was diagnosed in secret by a trusted source.

Rather than challenge the authenticity of his claim, media outlets rushed to bemoan the difficulties in diagnosing Lyme’s Disease in a timely manner. It happened so reflexively, so instinctively, that we failed to see what happened: In one moment, through one announcement, a non-clinically trained celebrity refuted years of established clinical research and altered the perception of a disease and its diagnosis.

Sadly, this is not an isolated incident. Rather, it’s a repeated pattern where we accept the clinical course of disease endured by a celebrity as the standard narrative for how the disease should be understood. In healthcare, perception drives patient behavior far more than any clinical study could ever hope for. And the influence celebrity patients have on public perception has become so outsized, so impactful, that it appears downright formulaic.

A celebrity makes an announcement about a new diagnosis or the worsening of a symptom. The internet runs ablaze. Social media chatter turns into clamor for patient advocacy. Search engines rev up a never ending feast of articles for an all too eager audience to consume. It’s as though by internalizing the celebrity’s disease through a common narrative, we identify with the celebrity.

This is akin to the days of watching royal processions and mimicking the outfits and stylistic mannerisms of the regal class. Only now we apply it to celebrities in healthcare, which turns a harmless infatuation into an unintended form of misinformation. Take the following celebrities and the ensuing online behavior that came from their personal medical revelations.

Justin Bieber’s wife, Haley Bieber, suffered a transient ischemic attack in May of 2022. She called it a mini-stroke, a term Neurologists loathe, and shared pivotal moments in her recovery process with her fan base. It provided an opportunity for her to relate to her fans, but it led to misunderstandings about the risk factors of transient ischemic attacks.

Country singer Alan Jackson was diagnosed with Charcot-Marie-Tooth disease, a neurological disease that develops slowly over time, usually with mild symptoms. When he became symptomatic, online searches for the disease exploded. In fact, trending the disease on Google shows a noticeable spike along the same time news reports of Jackson’s symptoms broke. This is no coincidence. Charcot-Marie-Tooth disease went from a rare neurological disorder to an under-diagnosed condition that apparently warrants additional study by the medical community.

These oft repeated patterns reveal much about how we consume and accept medical information. We may listen to the data, but we hear the stories, and we accept them as gospel when they come from celebrities. When data disagree with the stories, we discard data without much more than a cursory glance. The stories are what matter, data be damned.

When singer Toby Keith was diagnosed with stomach cancer, he kept it hidden from public eye for nearly a year. When his symptoms worsened despite chemotherapy, he went public with his condition. Rather than rushing to console him, his fans wondered why he waited so long to disclose his condition. They felt Keith had robbed them of a journey, walking together along the course of his clinical care.

Stories have a profound effect on our lives. They are the narrative of our personal experiences. The medical stories of celebrities influence how we perceive our own health. It goes beyond data, beyond rational thought, into the world of subtle cognition – where we make implicit assumptions about what to believe and how to think.

We even prioritize celebrity stories over our own clinical experiences: the interactions with our physicians, families, and loved ones. When we see a celebrity recover from a transient ischemic attack, we wonder why we didn’t. When our own clinical course deviates from that of a celebrity, we wonder why. And we look for things to blame: perhaps it was our physician or the lack of resources at the hospital we went to.

The celebrity patient story sets the context for how we understand our own health. When things do not align, we rationalize why, and we quickly develop irrational ideas about what went right or wrong – all to justify what we already believe implicitly.