by The Conversation
in Contrarian
0 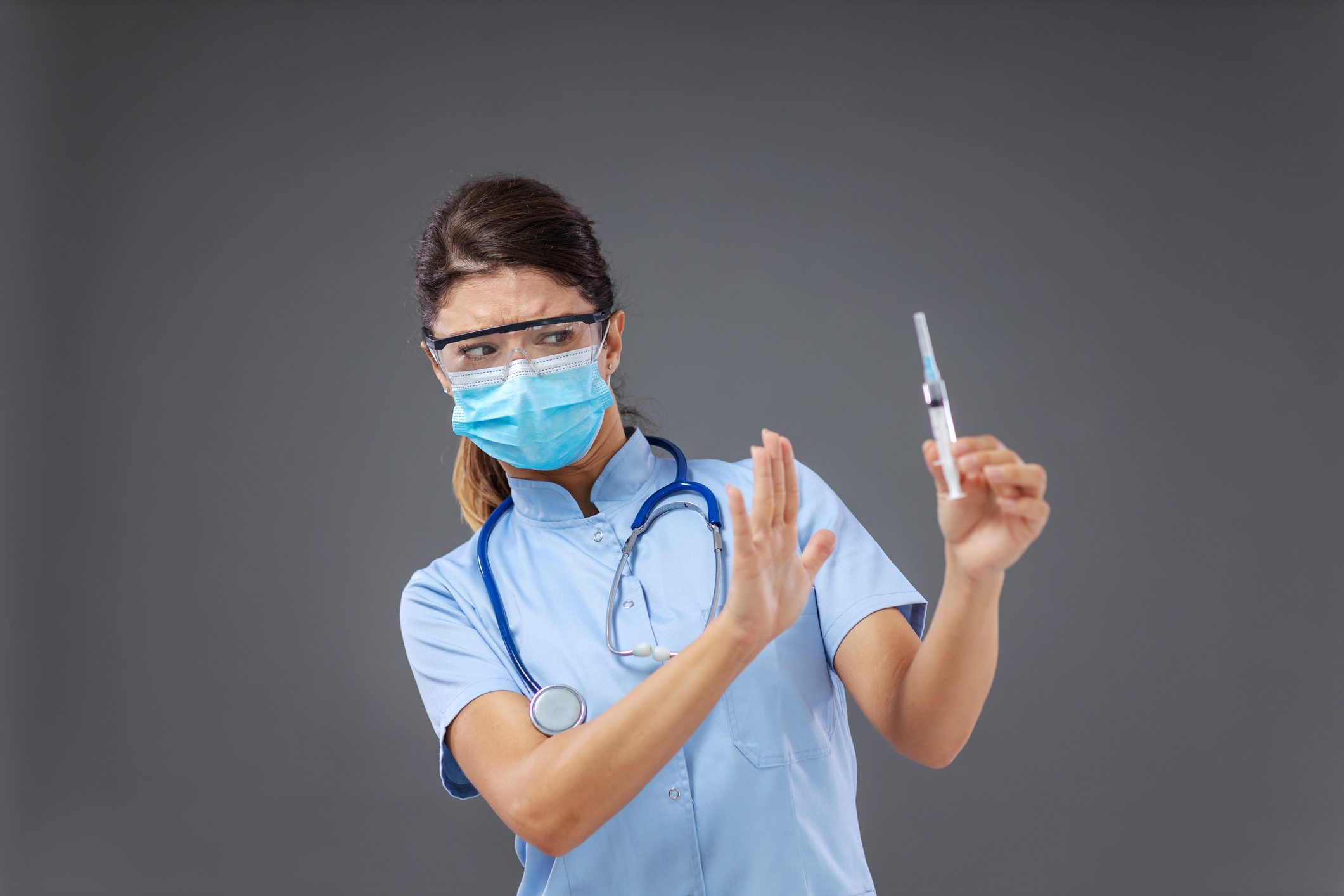 Young female doctor with protective face mask on holding syringe and gesturing like she is against vaccination. Corona virus outbreak concept.

The 1 in 10 U.S. doctors with reservations about vaccines could be undermining the fight against COVID-19

American attitudes toward scientific expertise have become increasingly contentious in recent years. But many people across the political spectrum still place high levels of trust in their personal physicians. Correspondingly, both popular media and public health officials have encouraged physicians to serve as strong advocates for COVID-19 vaccination.

At the same time, however, there have been several cases of doctors expressing skepticism about vaccines in the media. Though the American Medical Association found that 96% of physicians reported being fully vaccinated against COVID-19 in June 2021, some high-profile physicians have spread misinformation about vaccine safety. Some patients have also reported that their personal physicians discouraged them from getting vaccinated on both medical and non-medical grounds.

One conservative group of doctors called the American Association of Physicians and Surgeons, which counts Republican Senator and ophthalmologist Rand Paul among its members, offers several examples of how some physicians actively promote vaccine skepticism.

Following the 2015 Disneyland measles outbreak, AAPS shared a press release falsely linking the measles, mumps and rubella vaccine to autism in children, a claim based on fraudulent research that the scientific community has widely discredited. The group has also taken legal action to encourage parental noncompliance with childhood vaccine mandates, using misinterpreted data to suggest that COVID-19 vaccines are uniquely dangerous compared to other vaccines.

While groups like AAPS do not represent the views of most physicians, these examples raise an important question: Just how prevalent is physician vaccine hesitancy, and why might some physicians hold negative views toward vaccines?

As political science and health policy researchers studying vaccine hesitancy, we wanted to answer this question. Our recent study found that the same factors thought to encourage hesitancy in the general public – like having right-leaning political views – might also motivate physician opposition to vaccination.

In May 2021, we asked 625 primary care physicians nationwide about their general attitudes toward vaccines and whether they believed vaccines are safe, effective and important. We also asked PCPs how much confidence they had in the safety of the Moderna, Pfizer-BioNTech and Johnson & Johnson COVID-19 vaccines, which were each authorized for emergency use in the U.S. at the time. Respondents answered these questions on a scale ranging from “strongly agree” to “strongly disagree.”

We also surveyed potential factors that could influence physician attitudes toward vaccines. These included political ideology, previous infection with COVID-19, religiosity and standard demographics like gender, race, ethnicity and income.

PCP political leanings and previous health experiences may help explain why some hold negative views toward vaccination. We found that politically conservative PCPs and those who previously contracted COVID-19 were 19% less likely to believe that vaccines in general are safe and effective.

We found similar results when examining confidence in the three COVID-19 vaccines available in the U.S. at the time, a little over six months after the first vaccine was authorized. Approximately 90% of PCPs were either “very confident” or “confident” in the safety of the Pfizer-BioNTech and Moderna vaccines. Still, 9.5% and 8.7% lacked confidence in the safety of the Moderna and Pfizer-BioNTech vaccines, respectively. Only 68% of physicians expressed confidence in the Johnson & Johnson vaccine, likely due to reports of its relatively lesser effectiveness at the time.

Nevertheless, our work offers room for potential optimism and ways to improve vaccine confidence in this group.

Partisanship, for example, plays an important role in shaping vaccine hesitancy. Consequently, tactics shown to improve vaccine attitudes in the general public – such as highlighting GOP politicians with more positive views toward vaccination – could potentially increase support for vaccination among physicians as well. In our view, studying ways to encourage vaccine enthusiasm among PCPs could help “move the needle” on vaccine uptake in the U.S.