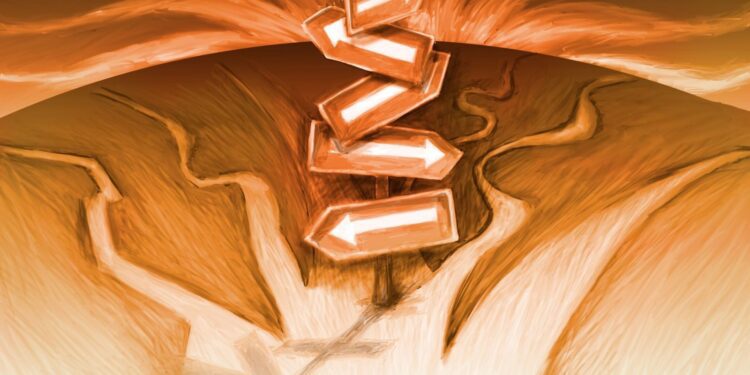 We are all philosophers in our minds. We cannot help but take a stance on an issue and then elaborate upon it. If we think minimizing damage to patients with substance use dependency is better than restricting substance abuse altogether, then we support harm reduction. We oppose it if we think otherwise.

But thinking is a funny thing. Sometimes we simply start with a preconceived notion and retroactively think how to justify it. Sometimes we create an assumption out of nothing more than thin air and base everything on it. The more we delve into why we think the way we do, the more bizarre it gets.

This is why the concept of rights in medicine is so strange. Rights are something we created to explain why we can do what we are already doing. We claim the right to breathe, but we were breathing long before we assigned a right to it. We invented rights because we need the means to justify upholding or denying certain actions, which then leads to an entirely different process that we gave another name to – justice.

Fame theologian Thomas Aquinas explained it best when wrote about rights and justice. He tried to equate the two with virtue, but could not. He realized that virtue will always contain an element of the unknown, which he ascribed to God, or the divine. Therefore, the rights given to people and the administration of justice cannot be completely virtuous because we cannot know all of virtue. And since rights and justice are human creations, they lack the essence of virtue.

Flash forward a few centuries later, and another, more secular philosopher would come to the same conclusion. Immanuel Kant, in his search for truth, found that we see truth in two ways – through logic and through the transcendental.

When we have evidence to support what we perceive to be true, we call it logic. When we lack evidence, and we still assume what we believe to be true, and we call it transcendental. Truth, therefore, can only be understood implicitly. We can never teach it because each person decides what assumptions to believe.

When we apply this logic to healthcare, we see why the concept of rights does not work. Each person’s health is unique, unknown to others. And even to that person, it is never fully understood. It is the composite of many decisions made over days, weeks, and months.

No sane person would agree that his or her right to eat certain foods should be restricted, even if those foods prove harmful long term. Patients gladly eat unhealthily during the holidays because they would rather enjoy the occasion than fester over some potential complication that may arise years later. How can we define rights in lieu of such prolonged uncertainty?

Medicine will always contain an element of the unknown.  We cannot think in terms of rights because we disrupt the critical balance between rights and justice, rendering each as useless. The greatest minds in history have already come to this conclusion. Aquinas acknowledged that rights and justice can never be fully virtuous because we can never fully know God. Kant reiterated this uncertainty through his musings on the perceptions of truth. We can never fully understand a person’s truth because each perceived truth is a mix of logic and assumptions.

Both acknowledge that the limits in how we understand the fundamentals of something restrict how we can apply it. We can never fully understand a person’s relationship to his or her body, let alone discern what constitutes healthy.

So we cannot assign rights to medicine. There are far too many unknowns in equating a person’s relationship with his or her body to define it as some form of right. By that logic, since we cannot understand rights in medicine, we cannot properly understand justice in healthcare.

Instead of acknowledging as much, we attempt to force the two – rights and justice – together. This leads to non-medical perspectives on patient care that amount to little more than moralizing medicine through preconceived beliefs. We define the right to an abortion based on religion. We create twenty-first century harm reduction policies based on seventeenth century Puritan beliefs.

To justify imposing rights into medicine, we convert medicine into something that it is not. This degrades the essence of medicine, treating patients, into something entirely different. It becomes a mechanism of control instead of a way to heal.

Just look at modern healthcare. We claim to be surprised when we realize patient outcomes do not match capital investments in healthcare. But if we examine how we think about medicine, how we distort it into rights and justice, then we would see how little we know about each individual’s relationship to their own health, and by extension, with the unknowns in medicine.

We would then see that we must stop thinking of medicine as a right.