by The Conversation
in Financial Markets
0 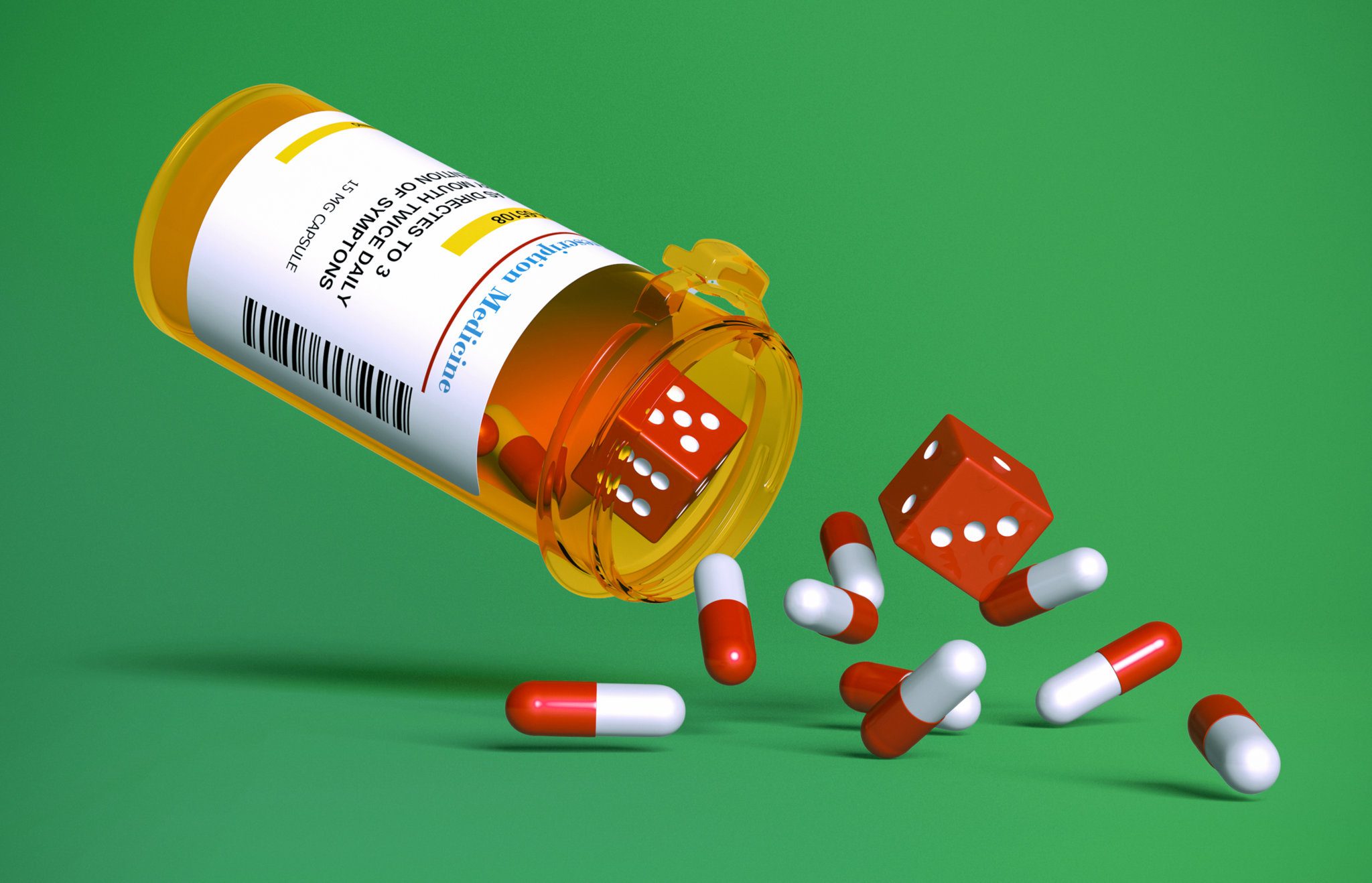 Discovering new ways to use existing drugs can come about intentionally or by chance.

Sometimes physicians or patients notice an unanticipated beneficial effect from a drug. One example is sildenafil, a drug originally developed to treat severe chest pain from coronary artery disease. While sildenafil failed clinical trials, researchers noticed that one of its side effects was induced erections. This led to its successful rebranding as the erectile dysfunction drug Viagra.

Most of the time when drugs are repurposed for diseases or conditions they were not originally intended for, it’s done deliberately. As scientists raced to develop treatments for COVID-19, drug repurposing came into the spotlight for reasons good and bad.

As a researcher focused on drug discovery and development, I have seen the potential of repurposing and the challenges it faces. While finding new uses for drugs that have already been tested for safety and approved by the FDA can substantially reduce the time and cost of development, financial and logistical barriers can make it difficult to get to market.

The success of thalidomide

When repurposing is successful, a drug that is ineffective or harmful for one condition can be lifesaving for others.

One such drug is thalidomide, first approved as a morning sickness treatment. It gained notoriety in the late 1950s when it caused birth defects in an estimated 10,000 infants worldwide, resulting in changes in drug regulation and development that included increased developmental toxicity testing. Thalidomide was globally banned by the end of the 1960s.

In the 1990s, however, researchers discovered that thalidomide inhibits angiogenesis, or the growth of new blood vessels that deliver nutrients and oxygen to tumors. Its new use as a treatment for a blood cancer called multiple myeloma ultimately saw clinical and commercial success. This led to the development of improved versions of the drug that treat cancer with reduced side effects.

Scientists have continued to find other therapeutic uses for thalidomide.

When researchers discovered that thalidomide targets a molecule in the body that marks other proteins for destruction, they leveraged this function into an emerging technology called PROTACs. Many drugs work in the body by inhibiting a particular target that produces an unwanted effect, typically in a way that is reversible and temporary. PROTACs, on the other hand, are a type of drug that can destroy the target altogether. This potentially increases the effectiveness of the drug and reduces the chance of drug resistance.

An example is bavdegalutamide, a PROTAC that combines thalidomide with an inhibitor typically used to treat prostate cancer. This inhibitor works by blocking a target that supplies the tumor with hormones that help it grow. An ongoing phase 2 clinical trial on bavdegalutamide hinges on the idea that destroying the target would cut off hormone supply to tumors and stop their growth more effectively than conventional inhibitors.

Researchers are currently churning out PROTACS often by repurposing existing drugs. With ongoing promising results, 2021 saw the launch of a flurry of clinical trials testing PROTACs as a treatment for a number of different cancers.

Reearchers have used a myriad of drug repurposing approaches during the COVID-19 pandemic, ranging from educated guesses to large-scale drug screening and data mining from millions of electronic health records. Irrespective of how researchers decide which drugs to repurpose, all candidates must demonstrate strong clinical benefit in people before they can be authorized or approved for a new proposed use by the FDA.

My research team and I tested 1,425 FDA-approved drugs in human cells infected with COVID-19 and found 17 repurposing candidates for further examination. Several of the leads we identified have since entered preliminary clinical trials, including drugs originally intended to treat leprosy and prostate cancer, as well as a supplement derived from milk.

Researchers initiated hundreds of clinical studies early in the pandemic to test drug repurposing candidates for COVID-19. There have been a few notable successes including the generic antidepressant fluvoxamine, which reduced the risk of hospitalization by 32% in one clinical study. One meta-analysis on fluvoxamine and two other antiviral COVID-19 drugs, molnupiravir and Paxlovid, found that they all offered protective benefits against COVID-19 with comparable safety profiles.

Unlike these new COVID-19 antivirals, however, fluvoxamine has a 40-year track record of safely treating depression and obsessive-compulsive disorder. Despite this, fluvoxamine has not been authorized for emergency use by the FDA, and the National Institutes of Health states that there is insufficient evidence for its use against COVID-19.

Eflornithine, for example, is a drug found to be ineffective against cancer – but it does turn out to inhibit facial hair growth in women and cure a parasitic infection called trypanosomiasis, or sleeping sickness. It’s often not immediately obvious why one drug would effectively treat two seemingly different health issues like these.

There are approximately 2,500 FDA-approved drugs, and an average of 46 new drugs are approved each year. However, over 90% of drugs that enter clinical trials fail. This increases to 97% for cancer drugs. While many shots on goal are required to produce a viable drug, each failed drug is a candidate for repurposing. Researchers like me have been collecting these “failed” compounds for further testing, trawling through research papers, patents and clinical trial databases to find repurposing candidates. Some labs have used artificial intelligence to automate this process.

But it can be difficult to ascertain what drugs are available to repurpose. While one drug development database proposes that there are 47,000 previously tested compounds ready for repurposing, there is no central repository for this information.

Drug repurposing faces an intellectual property barrier. Repurposing is most accessible with generic drugs that don’t have patents restricting their use for other conditions. But there is less opportunity for profit with generics than with new drugs.

Patents allow drug suppliers to have a monopoly over sales for a span of time. Repurposed drugs are typically granted “use patents” that protect the use of an existing drug for a new particular disease. But companies consider this type of protection less valuable than a “composition of matter” patent that restricts drug sales just to patent owners. An FDA analysis found a drug with two drug suppliers resulted in an average 39% price reduction, and six or more suppliers resulted in a 95% reduction. With less patent protection on a drug, more competitors can enter the market and manufacturers make less money.

Because of this perceived lack of commercial potential, drug repurposing is typically left to academic institutions that don’t have the resources to get either new or retooled drugs through the costly approval process.

It’s possible that if fluvoxamine were a new drug in development with patent protection within a Big Pharma company, it might have already gained FDA approval to treat COVID-19. But as it stands, fluvoxamine is a widely available generic that any doctor can prescribe “off-label” to treat conditions that have not been approved by the FDA, like COVID-19.

This leads to a tragedy of the commons whereby no company will invest in the clinical trials needed to bring a repurposed drug to the marketplace because the resulting benefits would be immediately shared with all competitors.

Bringing a new drug to market is a lengthy and costly process with a high failure rate. When the pharmaceutical industry can’t justify developing a new drug because of a low return on investment, drug repurposing can fill the gap. Federal support could make repurposing more appealing from a business standpoint, giving companies the incentive to enter the marketplace and boost this cost-effective way to address unmet medical needs.