In the hallowed halls of the Supreme Court, a physician, Dr. Xiulu Ruan, sat as Justices mulled over the validity of his conviction for prescribing opioids illegally. In that moment, he was more than a physician. He was a symbol, not of the opioid epidemic, but of misinformation in general.

The same misinformation that appeared during the pandemic, that was always apparent in the opioid epidemic. That day, it bore out for all to see, as Justices grappled with the issue of criminal intent as it pertains to prescribing opioids. In trying to understand it, the Justices used analogies, inadvertently simplifying it. And in the process of simplifying a poorly understood healthcare concept, they gave rise to misinformation. 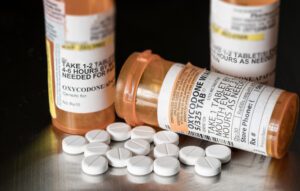 The analogy presented by the chief justice

“How is that different”, Chief Justice John Roberts asked when drawing an analogy of prescribing opioids outside of the boundaries of established clinical care, absent any good faith, with driving a car beyond the speed limit. Well, it is plenty different.

For starters, driving a car beyond the speed limit is a conscious act to violate a law – the speedometer is right in front of you – and you know when you are going too fast. Claiming that a physician prescribed opioids illegally requires two points of interpretation across a sequence of clinical decisions and actions – the first is when a physician interprets the clinical need to prescribe pain medications and the second is when federal law enforcement interprets the physician’s interpretation.

The difference is precisely the matter at hand – hence the need to evaluate the exact parameters around which a physician who acted in good faith may be charged with a crime. But in trying to understand the case, Justice Roberts introduced an analogy that has garnered media attention and news bites.

The fact that healthcare is built on perceptions and stories

How the Justices conveyed their arguments that day is no different from how the public understands the pandemic. We all crave simple narratives. They are how we understand healthcare. But we are telling wrong stories. And in telling the wrong ones, we give rise to misinformation. 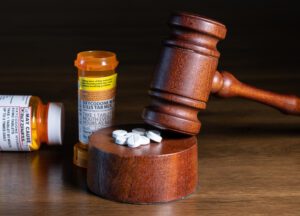 Many remain vaccine hesitant because of the narrative that the vaccines were developed too soon or that an assortment of shadowy public figures holds some ulterior motive. There are no data supporting any of this, it is simply the perceptions held through the stories conveyed. And what we believe to be true determines the clinical decisions we make.

This applies as much to health policy as to individual decisions. The revised opioid prescribing guidelines by the CDC suggests as much. In page after page they caution against misuse of the guidelines and adamantly state that the worst interpretations taken from the original guidelines are not appropriate.

But instead of supporting an attempt by the CDC to improve upon guidelines that have caused so much harm to so many, multiple states came out in vociferous opposition to the revisions, to the point of defiance. For many state policy makers, the CDC revisions are taken as an assault on Federalism, not as an effort to improve patient care.

“The old language was a real problem,” Dr. Bobby Mukkamala of the AMA said. “When it got down to states and individual insurers and health systems it became dogma, it became gospel. It really left patients in a bad position.”

The guidelines need to be revised. We all agree on that much. But the perceptions through which policy makers see the revisions determine how they respond. They focus less on the language being revised, and more on the fact that the revisions may affect their current approach to opioids.

Through these reactions – not in response to the clinical language, but in implementing them legally – we see leaps in logic that have created a narrative around state rights, instead of quality of care for patients.

This makes the discourse during the oral arguments in the hearing of Ruan v. United States all the more concerning. By the choice of words used among the Justices, the oral arguments appear to have been nothing more than storytelling masquerading as a legal proceeding. And the ill-conceived talking points merely perpetuated misconceptions around the use of opioids that have long defined public misinformation in the opioid epidemic.

We can only hope the ruling is far better formulated than what the oral arguments would suggest. The fate of many patients and physicians depends on it.