Montana Says ‘No’ to Health Innovation

Other states are watching closely

by Katheryn Houghton
in News
0 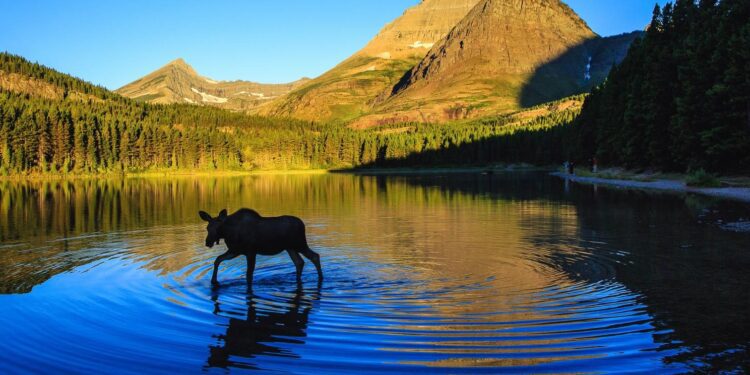 Montana is signaling it might step away from an innovative way of setting the prices its public employee health plan pays hospitals for services, an approach that has saved the state millions of dollars and become a model for health plans nationwide.

The plan gained national renown among employers and health care price reform advocates when, in 2016, it established maximum amounts the health plan would pay for all inpatient and outpatient services. Those amounts were pegged to Medicare reimbursement rates. The adoption of that model, known as reference-based pricing, has saved the state tens of millions of dollars. Taxpayers help fund the medical plan, which insures public employees and their families, for a total of about 28,800 people.

Montana didn’t invent reference-based pricing, but the state made waves by having a health care plan of that size set prices for all services, not just certain procedures, such as knee replacements.

Now, Montana is positioning itself to tweak its model, just as more states and employers, seeking to cut costs, consider adopting it. That has health economists and those working to lower hospital prices elsewhere wondering whether the state is once again moving ahead of the curve — or setting itself up for a setback.

“We look to Montana for the success story,” said Gloria Sachdev, president of the Employers’ Forum of Indiana, a nonprofit that tries to improve health care pricing. “Now that it’s doing something new, I think a lot of eyes will be on Montana.”

In September, the state awarded Blue Cross and Blue Shield of Montana a contract to take over administration of the public employee health plan starting next year. The contract calls for using Medicare’s rates as a baseline to set overall targets for the amounts the plan will reimburse hospitals. It gives Blue Cross the ability to meet those goals with reference-based pricing — but also by negotiating deals with individual health care providers using a mix of reimbursement models.

The state said in a news release announcing the contract that its new reimbursement targets will save $28 million over the next three years. But the details in the contract on how that will be achieved are vague.

Asked how upcoming changes will affect the health plan’s existing model, Montana officials pointed to the state’s contract with Blue Cross. According to that document, Blue Cross can create “custom alternative payment arrangements with providers” with state approval.

In the state’s news release, officials said the goal is to “modernize” its six-year-old reimbursement strategy. Department of Administration Director Misty Ann Giles said in the release that the state picked a vendor to help it “become more flexible to reach its goals efficiently.”

The U.S. has struggled to respond to the rising cost of health care. The Centers for Medicare & Medicaid Services estimated that in 2020, health spending grew nearly 10%, reaching $4.1 trillion, or $12,530 per person. More than 160 million people in the U.S. have employer-sponsored health insurance. Historically, the prices that employee health plans pay have been privately negotiated between health care providers and third-party administrators like Blue Cross, with negotiations often starting at the prices that hospitals propose.

That process has exacerbated the lack of transparency in the cost of care and has contributed to wide variation in the prices that private insurance plans pay. In a study of medical claims data from 2018 to 2020, think tank Rand Corp. found that private insurers in some states, such as Washington, paid hospital prices that were less than 175% of what Medicare would have paid for the same services at the same facilities, while in other states, they paid prices that were 310% of the Medicare rate or higher.

In 2016, Montana took a bold leap. Instead of negotiating down from hospitals’ listed prices, the state set a range for what hospitals can charge for services, establishing maximum costs as a set percentage above Medicare rates. If hospitals refused to negotiate through that model, they risked losing access to the patients insured through the state’s largest employer.

Marilyn Bartlett, who led the change to reference-based pricing when she worked for Montana, said that at that time, the plan had been losing money for years and risked its reserves dropping into the negatives. By 2017, Bartlett said, the plan’s reserves had accumulated more money than the state’s general fund, and the premiums state employees paid stayed level.

“We had flattened the price curve, and in fact we had a negative,” said Bartlett, now a senior policy fellow with the National Academy for State Health Policy advising other states on how to lower health care costs. “That was unheard of.”

Dr. Stephen Tahta, president of Allegiance Benefit Plan Management, said that while Allegiance was administrator of the health plan, it saved more than $48 million.

Hospital representatives have said a growing number of employer-based plans are considering increasing their reliance on reference-based pricing.

And the state of Colorado joined a purchasing alliance to negotiate with hospitals over pricing for its public employee medical plan this year, seeking to use Medicare rates as a baseline. Bob Smith, executive director of that alliance, the Colorado Business Group on Health, said that while major health systems have bucked that process so far, patients also have a health care price comparison tool to pick providers that charge reasonable prices and offer high-quality care.

The American Hospital Association opposes reference-based pricing, saying it can increase the amount patients must pay for care. One way that could happen is through balance billing, when a provider charges a patient for the difference between the cost set by the plan and the amount the provider charges.

Those advocating for pricing reform have said that hospitals’ initial prices before negotiations can be arbitrary and that Medicare’s rates are a fair starting point. Medicare reimbursements can be adjusted if a provider faces steep expenses such as operating in a rural place or hiring staffers to offer specialty care.

In the contract awarded in September, the state set a ceiling of no more than 200% of Medicare rates for the amounts the Blue Cross plan would pay providers overall in its first year. The contract says Blue Cross will target reimbursing providers an overall rate of 180% of Medicare’s rates by year three of the agreement.

The state left it to Blue Cross to find a way to reach those goals.

After KHN shared Blue Cross’ reimbursement details in the state contract with Chris Whaley, a health economist and policy researcher for Rand, he said it’s hard to know how the new approach will work out. Blue Cross’ plan doesn’t say how often the company will negotiate deals with providers outside of reference-based pricing. Whaley said that could lead Montana to lose focus on its reimbursement strategy.

“It seems like the model is already working really well,” Whaley said. “Is the reference-based pricing model something that’s going to be developed and improved upon? Or is it something that is maybe going to be stripped down and not have the same impact as before?”

Allegiance is alleging that the contract was awarded through an illegal bidding process and that it could end up raising health care costs for state employees and taxpayers.

Belinda Adams, a Department of Administration spokesperson, said state officials are reviewing the issues raised by Allegiance but believe the hiring process was fair and legal.

The state has 30 days from when Allegiance submitted its protest to issue a decision on the company’s claims if the two sides don’t reach an agreement that settles the dispute. In the meantime, Adams said, Blue Cross is preparing to take over administration of the public employee health plan in January.

Katheryn Houghton is covering all things health care across the state for KHN. That includes health policy and politics, access to treatment, and the business of health care. She owes her health reporting start to years spent in daily newsrooms, including those of the Bozeman Daily Chronicle and the Daily Inter Lake. She’s been an Association of Health Care Journalists fellow and a Solutions Journalism Network grantee. She is a graduate of the University of Montana.