When substitutions pass as solutions 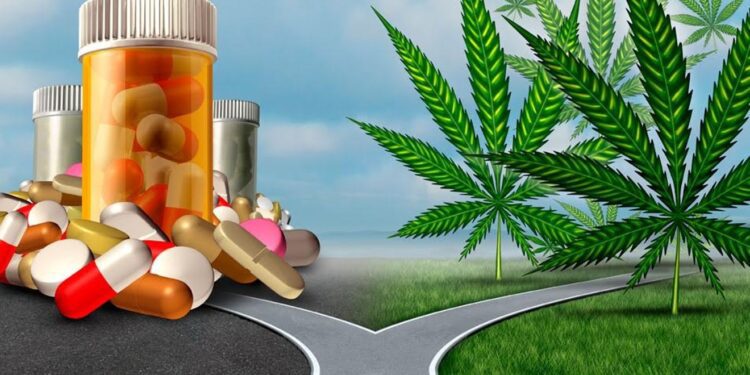 Amazing how many alleged solutions just substitute one problem for another. Take President Biden’s recent move to pardon those with federal convictions for simple marijuana possession.

Though the move is symbolic as most marijuana convictions are at the state level, it speeds up a trend that has been going on for years: Decriminalize drugs and regulate its use both medically and recreationally – just like marijuana.

It follows public sentiment. It has the approval of most politicians. And it seems like a major step in advancing the country’s drug policy for the modern century. But taking one step doesn’t mean we know where we’re going.

The mass pardoning ostensibly decriminalizes and de-stigmatizes marijuana. The move would seem to make it more accessible to the public. But we are still uncertain of its implications for broader drug policy. There remain more unknowns than knowns, but we only care to look at what is most obvious.

The powers that be see it as the latter. Policy makers see marijuana as a substitute for other more harmful substances, like prescription opioids. In decriminalizing marijuana, they suggest that those with dependencies or addictions would be better off using marijuana instead of opioids. There are plenty of studies supporting either stance, but there are few data objectively clarifying which is truly better for patients. When it comes to drug policy, most clinical studies use data as a pretense for preconceived beliefs. It’s hard to know what to believe.

This is the bait and switch. It belies the disconnect between policy makers and the public. The public thinks policy makers will follow the will of the public. But the two sides have different perspectives on drug policy.

The mass pardoning of marijuana doesn’t change our overall stance on drugs and access, it changes our perspective on marijuana relative to other medications and illicit opioids. The public thinks the two align, but policy makers see the two as opposites.

To get this, we must look at the issues beyond the superficial headlines. In the coming months, we will see newfound restrictions on opioids, whether that is as prescription quotas or more punitive sentencing measures for illicit substance possession.

When it happens, the public will be shocked. But we should have known better. This is a repeated pattern in the Government’s war on drugs. It strikes at the heart of the divide between central control and personal liberties. Policy makers want one policy, the public wants individual choice.

When we enact broad policy over a swath of diverse communities, the effects will be mixed, varying relative to the make-up and predisposition of each community. It’s natural to think each person should make their own decisions. But this is the inevitable tension that arises when thinking individually versus enacting broad policy.

But we cannot grasp these critical tensions. The public who advocates for harm reduction will see this as the start of a trend towards further decriminalization. Policy makers who have more traditional views on drugs, the war on drug true-believers, will see this as a negotiation, a move to allow access to marijuana in exchange for additional restrictions on other substances – a veritable prison exchange of substances.

But one general policy for all drug use, a prescriptive approach to drug policy, is not the right way. We need to look at drug policy through a medical lens. See those who use substances, or are inclined to opioid abuse, as patients. Patient care is best when it is individualized to each person. Similarly, drug policy is best when it caters to the unique needs of each community. So let communities decide for themselves what drug policy works best for them.

Funny thing about drugs in America is that no one wants to leave the other alone. We have a habit of moralizing our view on others, and when people disagree, we vilify them. This naturally leads to antagonistic views on drug policy and an inevitable polarization.

President Biden simply added fuel to the fire. He created more problems than fix much of anything. The mass pardons ignited a debate that will lead to an inevitable polarization of marijuana relative to other substances with dependency potential: is marijuana a substitute for more dangerous drugs or a harbinger of greater access to drugs overall.

Pick one. It can’t be both. The policy makers have already decided.