In Research Studies and in Real Life, Placebos have a Powerful Healing Effect on the Body and Mind 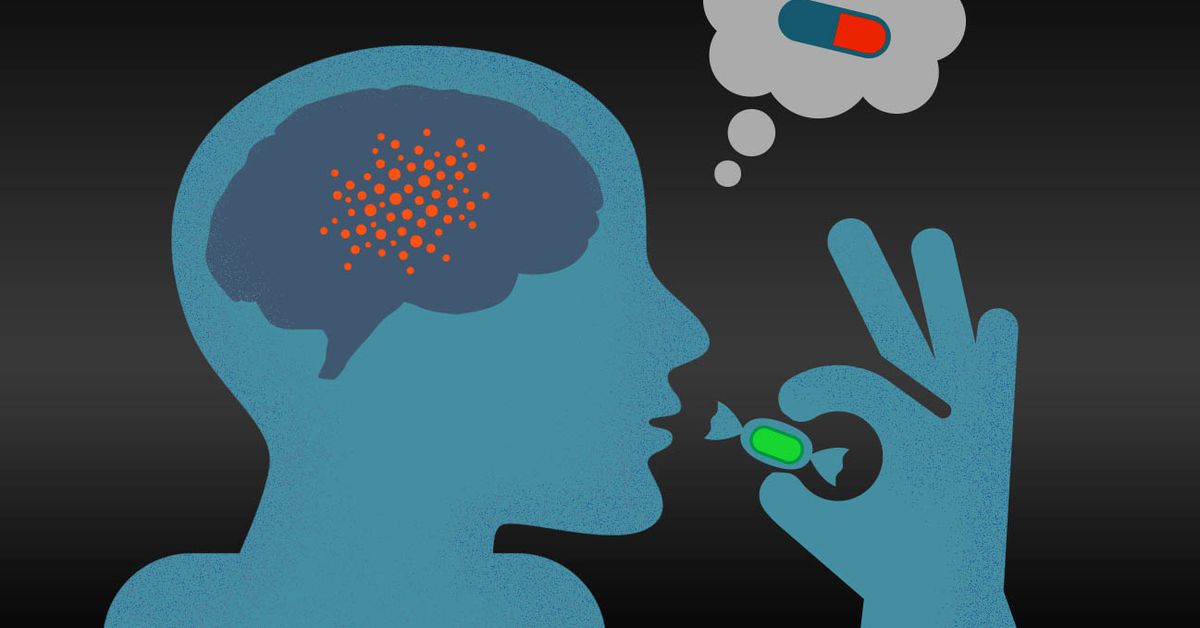 Did you ever feel your own shoulders relax when you saw a friend receive a shoulder massage? For those of you who said “yes,” congratulations, your brain is using its power to create a “placebo effect.” For those who said “no,” you’re not alone, but thankfully, the brain is trainable.

Since the 1800s, the word placebo has been used to refer to a fake treatment, meaning one that does not contain any active, physical substance. You may have heard of placebos referred to as “sugar pills.”

Today, placebos play a crucial role in medical studies in which some participants are given the treatment containing the active ingredients of the medicine, and others are given a placebo. These types of studies help tell researchers which medicines are effective, and how effective they are. Surprisingly, however, in some areas of medicine, placebos themselves provide patients with clinical improvement.

As two psychologists interested in how psychological factors affect physical conditions and beliefs about mental health, we help our patients heal from various threats to well-being. Could the placebo effect tell us something new about the power of our minds and how our bodies heal?

Today, scientists define these so-called placebo effects as the positive outcomes that cannot be scientifically explained by the physical effects of the treatment. Research suggests that the placebo effect is caused by positive expectations, the provider-patient relationship and the rituals around receiving medical care.

Depression, pain, fatigue, allergies, irritable bowel syndrome, Parkinson’s disease and even osteoarthritis of the knee are just a few of the conditions that respond positively to placebos.

Despite their effectiveness, there is stigma and debate about using placebos in U.S. medicine. And in routine medical practice, they are rarely used on purpose. But based on new understanding of how non-pharmacological aspects of care work, safety and patient preferences, some experts have begun recommending increasing the use of placebos in medicine.

The U.S. Food and Drug Administration, the organization that regulates which medicines are allowed to go to the consumer market, requires that all new medicines be tested in randomized controlled trials that show they are better than placebo treatments. This is an important part of ensuring the public has access to high-quality medications.

But studies have shown that the placebo effect is so strong that many drugs don’t provide more relief than placebo treatments. In those instances, drug developers and researchers sometimes see placebo effects as a nuisance that masks the treatment benefits of the manufactured drug. That sets up an incentive for drug manufacturers to try to do away with placebos so that drugs pass the FDA tests.

Placebos are such a problem for the enterprise of drug development that a company has developed a coaching script to discourage patients who received placebos from reporting benefits.

Prior to the COVID-19 pandemic, about 1 in 12 U.S. adults had a diagnosis of depression. During the pandemic, those numbers rose to 1 in 3 adults. That sharp rise helps explain why US$26.25 billion worth of antidepressant medications were used across the globe in 2020.

But according to psychologist and placebo expert Irving Kirsch, who has studied placebo effects for decades, a large part of what makes antidepressants helpful in alleviating depression is the placebo effect – in other words, the belief that the medication will be beneficial.

Depression is not the only condition for which medical treatments are actually functioning at the level of placebo. Many well-meaning clinicians offer treatments that appear to work based on the fact that patients get better. But a recent study reported that only 1 in 10 medical treatments sampled met the standards of what is considered by some to be the gold standard of high quality evidence, according to a grading system by an international nonprofit organization. This means that many patients improve even though the treatments they receive have not actually been proved to be better than the placebo.

How does a placebo work?

The power of the placebo comes down to the power of the mind and a person’s skill at harnessing it. If a patient gets a tension headache and their trusted doctor gives them a medicine that they feel confident will treat it, the relief they expect is likely to decrease their stress. And since stress is a trigger for tension headaches, the magic of the placebo response is not so mysterious anymore.

Now let’s say that the doctor gives the patient an expensive brand-name pill to take multiple times per day. Studies have shown that it is even more likely to make them feel better because all of those elements subtly convey the message that they must be good treatments.

Part of the beauty of placebos is that they activate existing systems of healing within the mind and body. Elements of the body once thought to be outside of an individual’s control are now known to be modifiable. A legendary example of this is Tibetan monks who meditate to generate enough body heat to dry wet sheets in 40-degree Fahrenheit temperatures.

A field called Mind Body Medicine developed from the work of cardiologist Herbert Benson, who observed those monks and other experts mastering control over automatic processes of the body. It’s well understood in the medical field that many diseases are made worse by the automatic changes that occur in the body under stress. If a placebo interaction reduces stress, it can reduce certain symptoms in a scientifically explainable way.

Placebos also work by creating expectations and conditioned responses. Most people are familiar with Pavlovian conditioning. A bell is rung before giving dogs meat that makes them salivate. Eventually, the sound of the bell causes them to salivate even when they do not receive any meat. A recent study from Harvard Medical School successfully used the same conditioning principle to help patients use less opioid medication for pain following spine surgery.

Furthermore, multiple brain imaging studies demonstrate changes in the brain in response to successful placebo treatments for pain. This is excellent news, given the ongoing opioid epidemic and the need for effective pain management tools. There is even evidence that individuals who respond positively to placebos show increased activity in areas of the brain that release naturally occurring opioids.

And emerging research suggests that even when people know they are receiving a placebo, the inactive treatment still has effects on the brain and reported levels of improvement.

Placebos are nontoxic and universally applicable

In addition to the ever-increasing body of evidence surrounding their effectiveness, placebos offer multiple benefits. They have no side effects. They are cheap. They are not addictive. They provide hope when there might not be a specific chemically active treatment available. They mobilize a person’s own ability to heal through multiple pathways, including those studied in the field of psychoneuroimmunology. This is the study of relationships between the immune system, hormones and the nervous system.

By defining a placebo as the act of setting positive expectations and providing hope through psychosocial interactions, it becomes clear that placebos can enhance traditional medical treatments.

Using placebos to help people in an ethical way

The placebo effect is recognized as being powerful enough that the American Medical Association considers it ethical to use placebos to enhance healing on their own or with standard medical treatments if the patient agrees to it.

Clinically, doctors use the principles of placebo in a more subtle way than it is used in research studies. A 2013 study from the U.K. found that 97% of physicians acknowledged in a survey having used some form of placebo during their career. This might be as simple as expressing a strong belief in the likelihood that a patient will feel better from whatever treatment the doctor prescribes, even if the treatment itself is not chemically powerful.

There is now even an international Society for Interdisciplinary Placebo Studies. They have written a consensus statement about the use of placebos in medicine and recommendations for how to talk with patients about it. In the past, patients who improved from a placebo effect might have felt embarrassed, as if their ailment were not real.

But with the medical field’s growing acceptance and promotion of placebo effects, we can envision a time when patients and clinicians take pride in their skill at harnessing the placebo response.

[Get fascinating science, health and technology news. Sign up for The Conversation’s weekly science newsletter.]