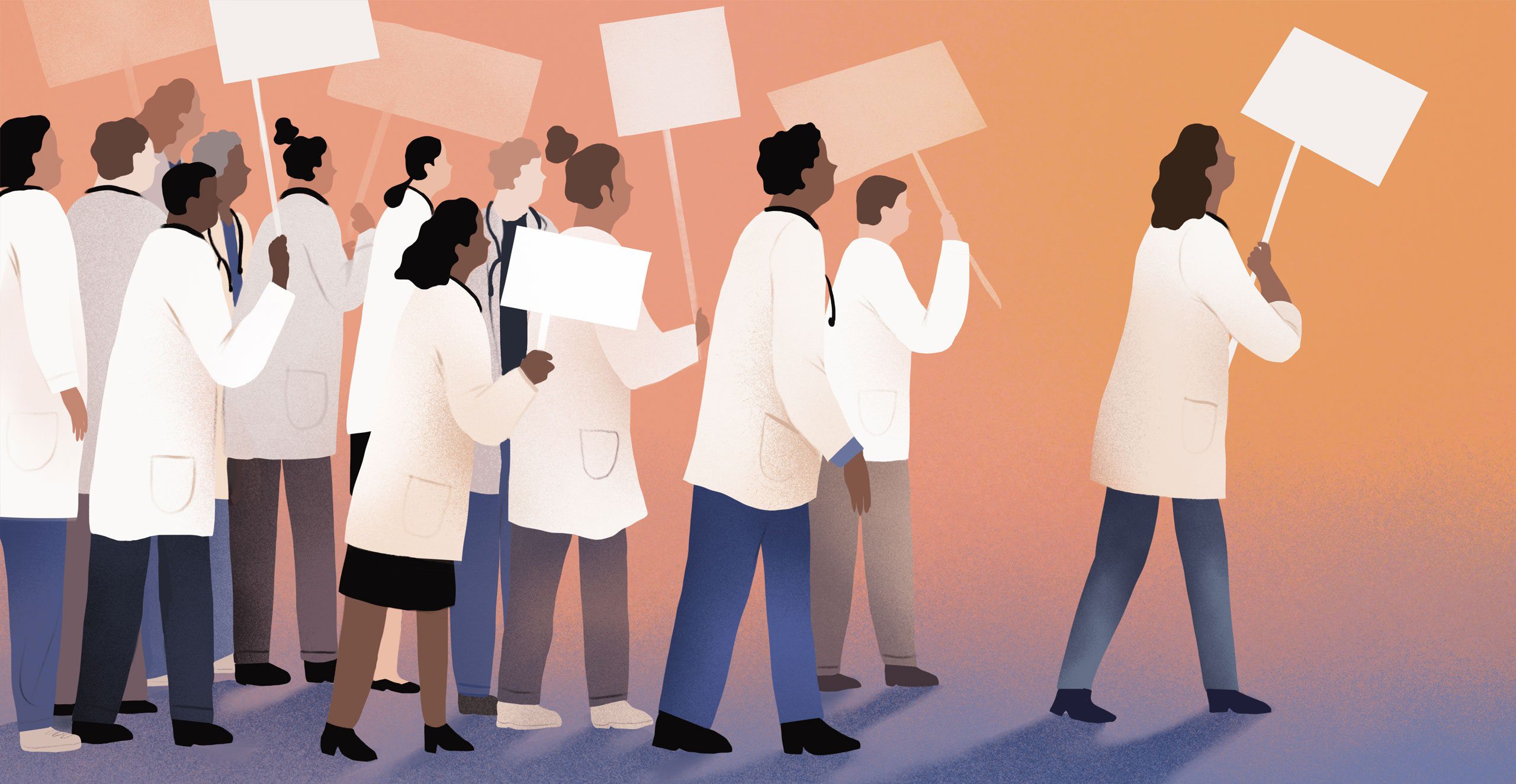 The complexity of healthcare far outpaces the laws and statute that adjudicate healthcare. As a result, we have an ever growing chasm between the practice of medicine and the legal oversight of healthcare – exposing antiquated legal interpretations that define the legal powers vested to medical licensing boards – to be just that – antiquated.

The ‘clear and present danger’ statute is so commonly used by medical licensing boards across the country that it has lost any true meaning, and now has come to mean anything that justifies reflexive restrictions upon a physician. Unfortunately, this has led many physicians to face undue burdens and lose their medical privileges essentially by executive fiat.

We explore the origins of this phrase and how it has come to dominate healthcare with near impunity, and conclude by suggesting ways the medical licensing board can adjudicate law to maintain a balance between individual provider rights and liberties, and the broader social good.

The phrase, ‘clear and present danger’ was coined by Supreme Court Justice Oliver Wendell Holmes Jr., a man known as much for brilliant catch phrases as his legal acumen. Early in the 20th century, the Supreme Court established the ‘clear and present danger’ test as a legal standard to determine when speech is protected by the First Amendment. The test applied to cases involving speech, specifically cases involving criticisms of the government, its officials, or its policies.

“The question in every case is whether the words used are used in such circumstances and are of such a nature as to create a clear and present danger that they will bring about the substantive evils that Congress has a right to prevent. It is a question of proximity and degree.”

These are words of Justice Oliver Wendell Holmes Jr. when introducing the clear and present danger test in Schenck v. United States (1919). And it is clear the intended focus is to protect the freedom of speech in specific context as it relates to individual liberties against an overarching government. But what is more apparent, and more relevant today, is the deliberations required in order to determine whether the phrase applies or not.

But this does not explain how the statute came into healthcare, and how it evolved to encompass more than just speech. The answer lies in a few short words inserted as an addendum to the original phrase: “clear and present (or imminent) danger to the public health and safety”. In adding ‘to the public health and safety’ the meaning of the phrase changes, being more selective in the context the phrase can be applied, but – and more importantly – has evolved to become less decisive in when and how the phrase is actually applied in the healthcare context.

Which ironically, is why the phrase is no longer applied in federal courts, despite continuing to be applied in the healthcare context. Many federal judges found the phrase creates logical contradictions and inevitably fell prey to inert biases that produce inconsistent rulings on cases. In less politically strenuous times, the phrase would permit nearly any verbal assault on the federal government. In more politically strenuous times, the phrase would unnecessarily curtail individual liberties. Largely because the phrase itself is poorly defined and open to subjective interpretation.

What is clear and what is present when defining danger? And how does the combination of the words, clear and present, impact what appropriate restrictions that can be justified by the phrase? The phrase and its application have proven to vary based upon the perspective of the observer and the context of the observation.

Which means it is a poor statute to apply in the court of law.

And why the statute has fallen out of favor in modern jurisprudence among most federal courts. But one place it remains largely untouched is among medical licensing boards. The phrase ‘clear and present (or imminent) danger to the public health and safety’ has been used to near exhaustion, to the point that many medical licensing boards have been asked to clarify its meaning. Many often issue summary suspensions – action in administrative law in which a judge suspends a medical license upon the receipt of allegations and prior to a full hearing on the matter – with the phrase inserted in a perfunctory manner to simply justify physician restrictions with no oversight on the validity of such actions – prompting a call for restrictions or some level of oversight.

In some states, the phrase can only be applied factually, which means actual evidence must be presented before applying it, though the quality and credibility of the evidence are hardly ever questioned. In other states, the phrase can be used at whim, with little to no recourse as there is no reference standard upon which to ascertain whether it can be applied or not.

As a result, there is no set standard in how medical licensing boards are required to use the phrase and the ad hoc definition of use has largely fallen upon established precedent – since we have applied it this way before, we can continue to apply it like this going forward.

But that defeats the original intent of the phrase. It was never meant to be a rubberstamp that is applied reflexively, it was intended to be a frame of reference through which complex legal matters should be adjudicated. In simplifying the administrative process for medical licensing boards, we turned a point of discussion into a simple decision of restricting or not restricting medical licensing privileges.

A medical license is a property right, and it cannot be restricted without due process. But the preponderance of summary suspensions based upon the clear and present clause has seemingly gone around the due process requirement, essentially creating its own precedent of negating the requirement.

This places undue burdens upon the accused and further deviates medical licensing board investigations and proceedings away the deliberation of complex medical problems, and towards impulse laden accusations. Which is exactly what the first amendment was intended to protect against, and why the phrase was introduced as a test to evaluate against.

The cruel irony is that medical licensing boards across the country are violating the First Amendment by erroneously applying a phrase intended to uphold the integrity of the amendment. The two words, clear and present, were intended to be decide whether physician restrictions are justified – if the danger to the common good outweighs the individual liberties. It was never meant to be reflexively restrictive.

It was intended to balance individual liberties against social good and public safety. A problem the federal courts realized and have rectified decades ago. But a problem that persists in medical licensing boards across states throughout this country.

Perpetuating flagrant constitutional violations against physicians across this country.