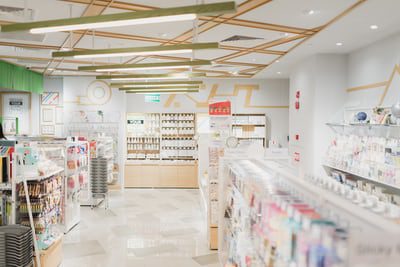 They sound a bit – off. Like an out of tune instrument played by a novice who can neither play much of anything, nor properly coordinate even the basics of breathing and blowing. The pauses are forced. The notes – if you can call them that – scratch the ear. And disappear as quickly as they appear.

That is how interruptions sound.

Now take that sensation, and apply it to the remaining four senses, and you start to get a sense for how interruptions feel. For pharmacist Bob Tooley, that is how the last six months have felt, and how every day of work at the retail pharmacy feels. At first, he enjoyed his work, great salary, great benefits – all at a location that was ten minutes from his house, and next to his children’s school.

But then things started to change, slowly at first, with things Bob had hardly noticed. A few educational notes, some quality check measures – but soon, a lot more documentation requirements. All which Bob acknowledges are necessary and have helped him do his job better.

But as with all trends, they tend to trend towards excess.

And soon Bob began noticing disruptions in his workflow, creeping insidiously at first. When corporate required Bob to perform, document, and verify background checks on every patient, it was the first time Bob questioned them, whether the timing it took per check was worth the effort.

“Bob, you’re a great pharmacist, take your time and be complete. The patients appreciate that.” The nameless, faceless corporate executive assured Bob over the phone, leaving Bob with nothing more than an obligatory agreement, forgoing whatever hesitation he initially had – resigning to the overarching belief that quality was invaluable and should never be compromised. So he performed background check after background check, balancing prescription ordering and documenting with pill sifting and counting with eventually – of course – even more background checking.

Bob felt the exertion and endured it with a forced glee – at least for the first few days – after which the exertion overtook whatever positive attitude he could manage to conjure. And work quickly became laborious. But Bob, ever the professional, eventually became proficient, and soon it became yet another part of his routine.

Sure, there were a few patient complaints about longer wait times, and little oversights here and there, but Bob knew corporate was only a call away, so he took whatever gripes he had in stride and kept them to himself.

But sooner or later, if you carry enough gripes with you, the strides grow more difficult. Something Bob had been aware of, but something corporate lost in the analytics. And as the analytics wave went from a ripple to a tsunami, Bob became painfully aware of the increasing work load – largely because now every aspect of Bob’s job had some requirement, and every requirement had some measure – until everything became some form of measurement. Metrics is what corporate called them. But for Bob, they were an encroachment.

Now every wait time was measured, every error tabulated, every hi-hello-how-are-you assessed for patient satisfaction – after all, time is money, even if it is just a conversation. And the awareness of it all compounded the additional tasks required with an additional mental burden.

A subtle mental shift that, task by task, took the focus away from the patients and towards the corporate overseers. Actions previously done out of kindness now felt different – since it was now done just to satisfy a metric.

But in satisfying the metrics, Bob lost his own satisfaction. Nights where Bob would regale his wife with stories of patient care and compassion were replaced with complaints about the metrics he strove so hard to attain.

“It just feels, feels off. Like I’m told to do all these things instead of just doing them”, Bob would lament to his wife while lying exhausted in bed.

But in his mind he knew – he felt it – a visceral dissatisfaction in being told what to do instead of just doing it implicitly. And when he attempted to explain the dissatisfaction, he found himself mired in pauses, shrugs, and convoluted examples – revealing a disconnect between his thoughts and his words.

An interruption you can say.

Bob struggles to articulate his dissatisfaction because the part of his brain that resists the yolk of the metrics – the overbearing requirements that now define his job – is the feeling part of his brain. The part of your brain that leaves you caught saying – I don’t really know how to express that, or how to say that. Leaving a gap between what you express and what you feel – the same gap that is growing within Bob.

Yet despite the growing dissatisfaction, when he is given additional tasks, he will find a way to complete them. In Bob’s mind, that is part of his professional duty – the aspirational self within Bob. And he will find a way, using whatever he can find within him to meet whatever metric is placed upon him. But now that the tasks are imposed, extrinsically ordained by the corporate powers that be, Bob is slowly losing that drive – something inside of him has been replaced by something foreign, something external. Making the tasks harder and harder despite Bob’s best efforts.

Which may not mean much for most repetitive, routine tasks. But for complicated tasks that require rapid thinking, quick decision-making, and in-depth analysis – that intrinsic drive makes all the difference. It is what drives Bob to spend a few more minutes with a patient to ease any concerns, discuss the side effects of a new medication with a patient’s family member, or focus on juggling multiple asks without losing his cool with his patients. It is what drives Bob to care.

Analytics cannot enhance or replace this intrinsic motivation – because it comes from a unique human to human communication – it forms naturally within each person and transfers back and forth, person to person, over the course of communication.

And when Bob began to change, his patients changed in kind.

Now, instead of willingly discussing or educating patients on their medications, Bob has to review which metrics satisfy that particular interaction and behave according to the standards of that metric. None of which seems genuine, all of which seems forced, and something easily noticed by patients – who quickly feel and reflect the same dissatisfaction that Bob exudes.

When the bonds formed by intrinsically motivated actions and aspirational values are gone, only the checks, tasks, and metrics remain. When a complex series of technical decisions are reduced to check marks and boxes, people tend to reduce the quality of work down to the bare essentials – doing the absolute minimum needed to accomplish only what is necessary.

Now anything that interferes with the metrics is nothing more than another interruption.

Task – task – interruption. And the day goes on. Sometimes Bob feels like he is not even speaking to the patients anymore, only to the metrics, eyeing the clock and feeling the weight of each minute hand moving – and with each minute lapsed he falls a minute behind, now nothing more than a slave to the tyranny of time.

He learns to pace his day to do the bare minimum work in order to maximize the number of metrics completed – overemphasizing whatever is measured and ignoring what is not. He knows that is bad medicine and bad for patient care, but he finds himself settling into a vague indifference, justifying his discontentment – medicine is changing, things sure aren’t the same anymore…

And he is right, who are we to say Bob is a bad pharmacist or no longer cares about his patients? He is, like we all are, creatures bound by circumstances.