We seek enemies, but the only enemy is within

by Jay K Joshi
in Contrarian
2 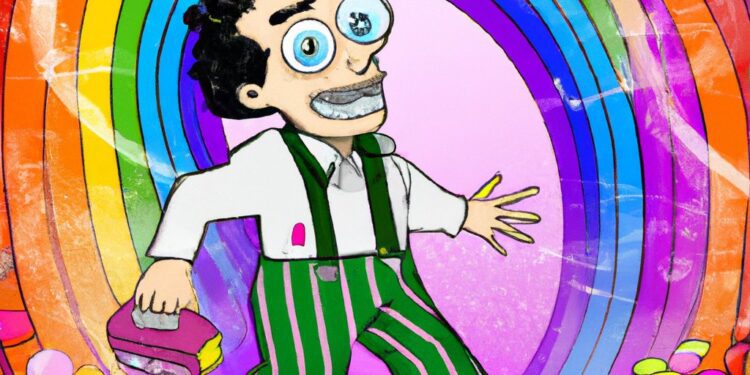 We need enemies. It’s human nature. So we create fights even when there is nothing to fight against. Pretty soon, everything becomes a binary distinction of us versus them. Sometimes it’s useful to think this way. The problems come when we apply this thinking to things that are clearly not binary.

This would be most things in healthcare, particularly those that rise to the level of national health policy, namely this incessant war on drugs we love to fight over. Our latest opponent is fentanyl, a drug that has been around since the 90s but only recently caught the media’s attention when it began appearing in batches of heroin.

Trending the term on Google reveals an interesting pattern. When policy announcements or a policy report hits mainstream media, more people search the term. It’s literally cause and effect. We saw a spike when the DEA declared fentanyl a national health crisis. We see another spike in recent days, when the DEA announced fentanyl is now packaged in different colors and flavors, almost like candy.

Most prominently, we see Google searches asking how much fentanyl can kill you or how much fentanyl is lethal, as though the lethal dose of fentanyl is some magic elixir that can turn life into death. But this is how we look at the war on drugs, as a matter of life and death, a binary construct in which we create enemies out of nothing.

In this never ending war on drugs, we fought immigrants, then physicians, and then the pharmaceutical companies. Now we are back to our original nemesis, the neighborhood drug dealer. That nefarious actor whose sole purpose is to tear the moral fabric of our neighborhoods apart, who uses fentanyl in the most horrid way possible: by disguising it as candy our kids will consume unwittingly.

It’s creating an enemy where none exists. Fostering fear where it’s not needed. Find someone to blame and make that target the enemy. When we have an enemy, we unite in defeating it. And once we unite, we win the war on drugs.

Creating this binary construct by metamorphosing the war on drugs into a battle of good versus evil, more than anything else, epitomizes the war on drugs. So of course it’s failing; how can it be anything but a failure when we cannot even understand the basic premise of drug abuse?

Drug dealers sell drugs to make money. Children have no money. So why would drug dealers waste drugs they could sell to lace candy for children that have no purchasing power?

Luckily, a few astute epidemiologists are catching on. “It’s exactly the kind of behavior from news organizations that leads to misinformation and panic and detracts from the very real public health dangers that we can and should be focused on.” Dr. Nabarun Dasgupta is quoted as saying. It’s something he would know. As the leader of the UNC Street Drug Analysis Lab, he has made a habit out of fact checking sensationalized announcements coming out of federal agencies like the DEA and CDC.

Including the one that appeared a few days ago, when the CDC reported they are seeing an alarming rise of p-fluorofentanyl, a newly discovered, more potent variant of fentanyl. Normally, raising awareness of a potent variant would be a good thing, if not for the lack of context and the abundance of yellow journalism surrounding the announcement. News outlets portrayed p-fluorofentanyl as the next killer of kids, as the secret weapon of choice for fentanyl-lacing, candy-toting neighborhood drug dealers.

However, upon closer examination, Dr. Dasgupta and his team discovered the variant appeared in combination with cocaine or methamphetamines. Which means it’s likely a contaminant, otherwise known as a lab artifact, found when studying the drugs. Not some recently unveiled variant more deadly than the ones spinning out of the latest COVID omicron mutations.

Dr. Dasgupta and his team concluded the newly discovered drug is not a new wave of fentanyl variants, but an inevitable product of making fentanyl in new ways, which may or may not be significant long term: “It’s the result of different raw materials being used to make fentanyl. We don’t know yet if it causes any specific problems.”

This is a more rational explanation for why a new variant of fentanyl appeared; and a far cry from the sensationalism that garners headlining news. But we love stories of evil actors – the mischievous immigrant, the greedy doctor, and the scheming drug dealer. In reality, much of what we see is the consequence of a poorly regulated industry with no safety standards. It’s the inevitable outcome of poorly conceived, prohibitionary policies against drug use.

But we need enemies. So we continue to create them. The funny thing about it is that the public doesn’t seem to go along with it anymore.