by Jay K Joshi
in Contrarian
2 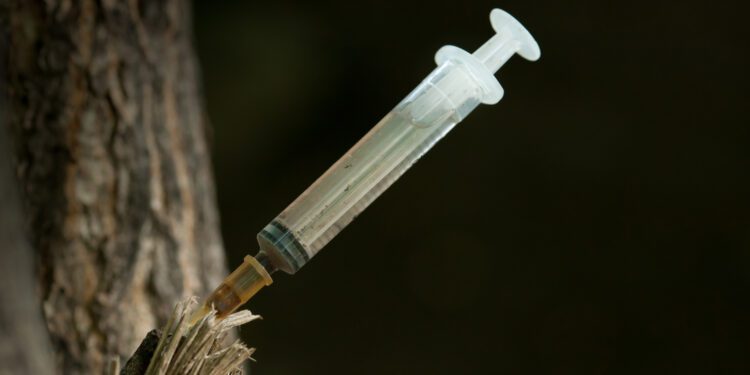 This year will be the year of opioids. It’s been a long time coming, but the forces are converging. We’re finally at the tail end of the pandemic, the media’s fascination with all things COVID-19 has run its course, and now we’re left with the same problems we had to begin with.

None more pressing than the opioid epidemic, which saw more overdoses in recent years than before. Many blamed pandemic induced disruptions in healthcare. But those who have been following the crisis knew the upward trend was inevitable, COVID-19 or not.

Once fear affects any health crisis, the fear overtakes any rational approach to solving that crisis. This is the nature of fear in healthcare.

During the COVID-19 pandemic, we all watched as our favorite restaurants shut down, small businesses closed or went under, and mortality inched upward. By focusing attention on the growing incidence and mortality, we gave rise to a pandemic of fear that emerged alongside the actual COVID-19 pandemic. Our self-induced pandemic of fear turned a public health crisis into an existential crisis, affecting every aspect of life.

This same fear appeared in the opioid epidemic and continues to shape its narrative. It should be no surprise that patterns of behavior during the pandemic are similar to those during the opioid epidemic. In both cases, we looked for something or someone to blame. With COVID-19, some blamed the delayed response and insufficient resources, while others blamed the novelty of the virus and its unforeseen intensity.

Once the pandemic entered our collective ethos, in short order the financial markets took a hit, and people started counting lives lost. The more they counted, the more they feared, and soon the fear overtook behavior. People demanded tests, not realizing that, regardless of test results, the treatment would be the same: quarantine. People demanded tests even as they knew the results could be wrong. Fear was treated like another symptom of COVID-19, along with cough and fever. By curing fears, we subconsciously believed we were treating the virus.

The irrationality of fear led physicians to forgo prescribing ethics to self-prescribe 55,000 scripts of hydroxychloroquine. Fear turned worst-case scenarios into likely scenarios, leading local government officials to demand higher numbers of medical supplies and ventilators than models projecting infection and hospitalization rates suggested they would need. No one can say whether the request was appropriate or an overreaction. It was a subjective assessment that came down to perceptions held by those in positions of power.

What holds true in the pandemic also hold true for the opioid epidemic. Drug policies, indeed much of the federal response to opioid overdoses, are built on a now debunked belief that restricting access to drugs will curb its harmful effects. It is a powerful notion insisted upon by the powers that be, despite the failed initiatives rolled out year after year based on this belief.

Whether it is DARE, or the intense criminalization of physicians, or the unveiling of some opioid task force, the impetus is the same, instill a sense of fear and somehow, that fear will curb drug use and the associated mortality.

Fear is almost never an accurate gauge of reality. When fear is undefined and the risks unknown, as it has been for the opioid epidemic, people tend to interpret the problem as bigger and more extreme than it really is, and their responses are exaggerated. Eventually, the exaggerations create additional problems or exacerbate the original ones, leading down a rabbit hole of blame and accusations.

Falsely attributing cause and effect has led to a simplified understanding of the opioid epidemic. It has produced incomplete solutions that cannot address the complexities that caused the epidemic, and created conflicting perceptions that gloss over the true problems.

Healthcare is a story with changing narratives. Look at how our perceptions of the pandemic changed as we muscled our way through it. Nothing is permanent because nothing can stay fixed. Healthcare is always changing with new knowledge.