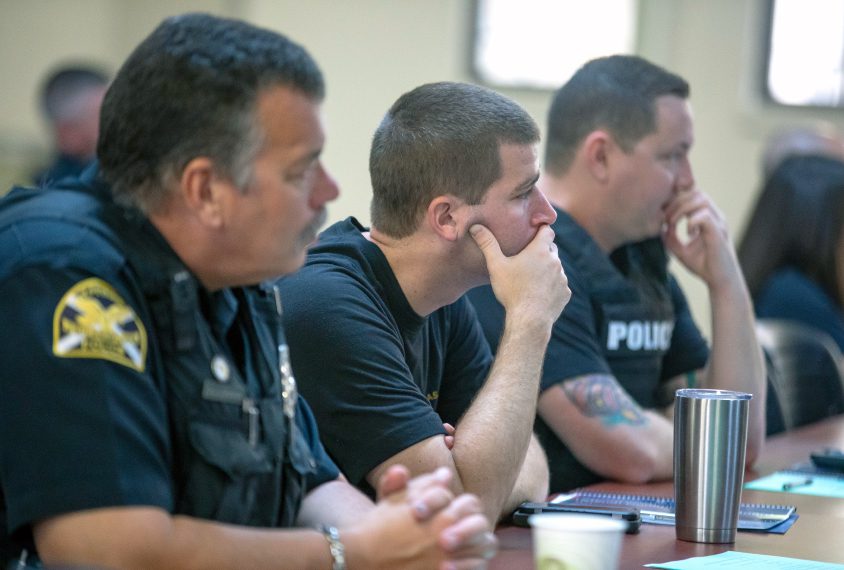 There are those who believe police reform to be a zero sum game. That any proposed reform must come at a figurative cost or loss to law enforcement.

Defund the police and reinvest the proceeds into the community. Allocate resources to mental health professionals instead of law enforcement.

These reforms are incomplete – and do not address the on-ground realities for many law enforcement officers. Truly effective reform empowers law enforcement with the necessary training to reflect the communities they serve.

Police reform is, and always has been, a reflection of society. As society changes, so does the enforcement of its laws – the two are complementary, reinforcing one another.

With the pandemic accelerating an already existing trend of systemic societal changes, we should take the opportunity to reflect upon recent changes to law enforcement – to identify opportunities for future changes.

In recent years media outlets have portrayed incidences of police brutality and misconduct, contextualizing such events as evidence of systemic racism, or of law enforcement willing to violate the very laws they are set to protect.

These portrayals have adversely affected the perception of law enforcement among the public, with the Gallup Poll finding in a national survey that only 48% of Americans trust the police.

A trend set to continue in our ever-polarizing society – at the cost of a relationship between the police and public. The distrust becomes a self-fulfilling prophesy in which both law enforcement and the public they are serving become more antagonistic towards one another.

To curb this tide of growing enmity we should encourage police reform that reflects the trajectory in which society changes. And no change is as pronounced in society as the pervasiveness of information.

The phones we carry and the computers we stare at are filled with information. The automation and digitization of our lives have created a preponderance of information in which even the smallest data can glean value.

In such a society the most logical approach to law enforcement reform is to leverage all available information. Previously this has meant police cameras and surveillance videos. But this is not all the information available.

In fact, the most important information comes in how law enforcement makes decisions – specifically, how they are trained to make decisions.

Law enforcement is often required to make rapid decisions in high-pressure situations. This is not unlike physicians who face similar pressures on a daily basis.

When law enforcement officers are asked to explain specific actions, they often point to the difficulty of making split-second decisions in high pressure situations. Situations physicians often find themselves in.

Police officers often revert to their training in high pressure situations, responding based upon protocols they learned during training. Just like physicians.

The Federal Law Enforcement Training Centers basic police training program is 64 days. The police who protected the Capitol Hill during the January 6th riots received 12 weeks of training at that facility.

In contrast, physicians study for four years in medical school and then undergo – at a minimum – three years of clinical training to become a board certified physician. The difference in training is multiple orders of magnitude.

Through years of training physicians understand the nuances of clinical decision-making in high pressure situations. The same situations law enforcement routinely finds itself in. But lacking commensurate training, many officers make mistakes or break protocols in the pressure of the moment.

A police officer who shoots a belligerent individual is often questioned as to why he or she used such force – as it is generally understood that confrontation or excessive force should be used only as a last resort.

But what is last resort to a tersely trained police officer in an unfamiliar situation? It is inherently subjective. One police officer may have felt threatened while another may not have.

Law enforcement is trained to look for signs that would indicate the likelihood for violence, and respond to the perceived threat. But those signs are often broad, at the discretion of the individual, and irrelevant in many high-pressure situations – leaving law enforcement with inadequate training when it matters most.

According to the Force Science Institute, a consulting firm specializing in law enforcement training, the root cause of many incidences of police misconduct is inadequate training.

The current training programs, while expedient, often do little more than create the illusion of skill development, and focus more on passing one final exam or final training assessment. This method of training also produces the fastest rate of skill deterioration.

As a result, police are left most vulnerable in the most critical of situations.

Instead, law enforcement should train police to think like physicians, think clinically. Assess all the variables in a high pressure situation – for longer and more intensive periods of training – while reinforcing that training with periodic testing, much like the continuing medical education courses physicians are required to take.

In an era of information overload, we need to educate and train law enforcement to think clinically – parse through all relevant information to make optimal decisions.

Train law enforcement to adhere to a set sequence of protocols, making rapid fire decisions in high intensity situations, repeatedly, across a wide range of circumstances, allowing for true skills development and retention.

The additional training will imbue law enforcement with a framework through which they can navigate high pressure situations, recognize what decisions to make, and see the underlying biases in their decision-making – and not rely on subjective parameters like, “last resort”.

That framework when applied empirically in real life simulations creates skill – providing a tangible framework for law enforcement to rely upon and justify their decisions.

This would also provide information for the public to better understand how law enforcement assesses high-pressure situations. And with a greater understanding comes greater trust.

That, above all, is the most important reason to implement clinical training protocols for law enforcement.