Did The Pandemic Improve After Inauguration? 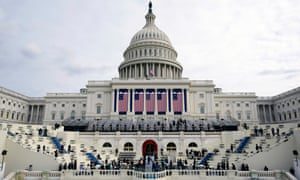 Among Medieval documents passing as forgeries, the Donation of Constantine stands alone. It was a document forged in the 8th century claiming to be an original 4th century document in which the Roman emperor Constantine the Great transferred theological powers to the Church. According to the fabrication, out of gratitude to Pope Sylvester I for curing Emperor Constantine of leprosy, the emperor surrendered his power and lands to the pope.

The document was used by the church to exert political influence over the French kings and noblemen of the high middle ages.

Influence that waxed and waned depending on whether the king or noblemen believed in the document or not. The document, of course, was not real, but the perception of the document created the influence the church desired.

This is the power of perception. Whether something is real or not, true or not, matters less than the perception – what people want to believe.

Back in April and May of 2020, then President Trump complained that Democratic Governors were deliberately keeping their respective state’s economies closed as a matter of politics instead of what was in the best interests of their constituents.

It was a controversial statement at the time – one among many controversial statements – but a statement that was nearly impossible to prove. Sure, an overwhelming majority of the states that were more aggressive in reopening —21 out of 24— had majority populations that voted for President Trump in 2016, which would imply the decisions to reopen were based along political lines.

But 8 out of 10 states with the highest number of coronavirus cases per capita voted for Hillary Clinton in 2016, implying that the decision may appear to be political in nature, but simply the nature of the pandemic, which affected disproportionately states that were Democratic more than Republican.

The answer is obviously multifaceted – as it seems everything related to COVID-19 is – and it is nearly impossible to attribute any one cause to any one decision. Some have said that Democratic states tend to have large, urban metropolitan demographics with higher living density. And that may predispose those states to be affected more by the pandemic. New York would be a prime example of this.

But for every example, there is a clear counterexample that can refute it. This is the perception battle we will face in the coming months as COVID-19 lingers on, transitioning from a burning blaze into a simmering smolder.

In Chicago, the museums are set to open just days after President Biden was inaugurated, leading some to believe that Illinois Governor Pritzker deliberately kept parts of the state closed to create the perception that the pandemic is worse than it really is.

And by reopening the museums after Biden has been inaugurated, Governor Pritzker is playing politics by making decisions based upon the political affiliation of the president instead of the data around COVID-19 positivity rates.

Whether you believe that or not is a matter of perception.

Something that will come into play time and time again as we make our way through the pandemic. As things start to get better, different people will attribute different causes and effects to inherently complex trends.

Fundamentally, COVID-19 is a story of changing interpretations, as we witnessed clinical guidelines and economic restrictions change with new information or data, either reinforcing or revising the predominant narrative.

Early during the pandemic, when we were not completely sure how deadly the virus was, there was widespread panic that this pandemic could lead to death tolls in the millions. We got our first glimmer of hope when the scientific community began touting hydroxychloroquine as a potential cure.

The public’s fear of COVID-19 overtook any regard for the regulatory process or clinical data. Which ironically, in the most critical of times, became mostly ineffective. What emerged instead were a rapid series of interpretations and subsequent reactions as more information emerged over time. Each fact or data point rapidly evolved into a perception that dictated the person’s beliefs and actions.

As new information emerged, we attributed cause to effect without even knowing the full cause. And we pretended to understand what was transpiring despite knowing the events were still rapidly changing. Even now there is still much we do not know about the variants of COVID-19, nor the true effectiveness of the vaccine when all the population level dynamics come into play.

Military strategist, Carl Von Clausewitz said, “chance and uncertainty are two of the most common and most important elements”, in history, and are equally common and important in healthcare.

And as COVID-19 simmers on, we will choose the perceptions that define what constitutes success in our minds, and attribute select causes for that success. Which means the end of the pandemic will present differently and arrive at different times – all depending on the perspective of the individual.

We will inevitably and falsely attribute cause and effect to different things. And subsequently fight over whose perspective is right when in reality, every perspective is inherently incomplete. With each a different collection of selectively identified facts that support a largely preconceived perspective.

Proving in the end that the pandemic was less a viral phenomenon, and more a subjective phenomenon of our collective perspectives.

So has the pandemic gotten better since President Biden came into office?

There is no real answer, the question is rhetorical.