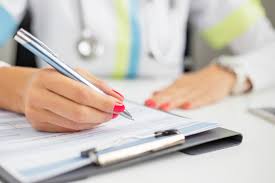 Jon Snow, a physician journalist, wrote in his chronicles of public policy and diseases, “the disease was a broadcast”, but he was not referring to any recent viral outbreak, he was referring to Cholera, and Snow lived in 19th century Victorian London, which, like cities in the United States, was ravaged by the bacterial disease. And while most focused on the rise in incidence or mortality, he noted a commensurate rise in fear that became – rather quickly – more influential in how people reacted and more predominant in how governments responded.

The ensuing public responses and government sanitation programs have since relegated Cholera to the history books, but not before influencing the hearts – Love in the Time of Cholera – and the minds – more frequent use of intravenous fluid therapy – of the world, demonstrating how collective fear of a disease can unite people against a disease.

But in the success lies hidden a curious anomaly, that tends to appear in times of health care crises – the fear appears more severe and grave than the disease itself, and never seems to materialize to the extent we predict. Yet it persists crisis after crisis, giving a fascination to our fears. Replace cholera with corona and you have the making of a modern romance novel.

President Roosevelt instructed our war time nation that, “there is nothing to fear but fear itself”, because fear is almost never an accurate gauge of reality, and what we fear in many healthcare crises, is almost never valid or fully realized. After the Allies victory, Japan feared the long term effects of nuclear radiation would increase cancer rates, particularly among the nijyuu hibakusha – the double exposed – the poor souls who endured the effects of both nuclear bombs and of unparalleled levels of radiation.

Overall the Japanese were right, cancer rates did rise, and by any metric an absolute tragedy, but the rates did not rise to the levels predicted – they fell well short. Perhaps that is a testament to Japanese resiliency, but nevertheless the fears were overstated and the precautions, with accompanying emotional vitriol, was far in excess of what materialized.

When fear is undefined, and risk unknown, we tend to interpret the problem to be far bigger and more extreme than what it is, and though this may produce an effective response, the response tends to be exaggerated, and the exaggerations themselves can create new problems or exacerbate existing ones.

“Men are very apt to run into extremes”, our found president, George Washington said, and the most famous example of an extreme reaction to a perceived healthcare crisis was Prohibition – which did embarrassingly little to stop alcohol use, but did give cultural rise to the glamour and allure of criminal drug trafficking and drug use. Substitute Al Capone for El Chapo and you can see the lingering effects of this culture.

Alcoholism has gone on to take as many lives as the entire opioid epidemic, which for states like Indiana results in an increased incidence of early-onset liver disease.

I would never understate the impact of the opioid epidemic, which has caused very real damage, devastating innumerable lives, but the exaggerated responses have hurt as much as help our efforts to address this issue – and have reduced the credibility of the government in addressing healthcare issues that transcend into public policy issues. The government needs trust, not tactics, as power needs to be seen as legitimate, a principle advised from business leaders like Dov Seidman, and the heads of the Fraternal Order of Police, all of whom advise law enforcement officers work to rebuild trust.

Government extremism, however, does the opposite, it destroys trust, a pattern we see repeated throughout history. In 15th century Spain, a Dominican friar named Tomas de Torquemada became the first grand inquisitor of the Spanish Inquisition, who, in the name of religion, imprisoned and murdered thousands of non-Christians, desecrating religious principles to substantiate a politically motivated genocide.

Centuries later, in neighboring France, an extreme idealist turned dictator, Robespierre, utilized capital punishment by guillotine as his personal political insignia, creating a reign of terror to uphold the ideals of the French Revolution through ignorance and fear. Robespierre’s political rival, Danton observed this in real time, and said presciently, “extremism is like a fan destroying everything around it, including the ember that sustains it.”

But is influencing people by fear the same as representing the public?

And can fear justifiably influence the definition of medically appropriate?

The Federalist papers, written predominantly by founding fathers Alexander Hamilton and James Madison, were often signed as Publius, a Roman name that is a very loose Latinization of the word, public – and were used to engender support for ratifying the Constitution – and rebelling against the terror of tyranny – demarcating a fine line between representing the will of the public and influencing public action.

But the fine line differentiating influencing from representing has blurred into interpretive oblivion, fading further away with as the federal courts have been relegated into a platform for modern day Medical McCarthyism.

Prosecutors touting public demand for higher sentences or upholding broad, vague interpretations of healthcare statutes in courts are influencing the public as much as they are representing the public – redefining the public perception of what it is to be medically appropriate.

In upholding their civic duty to the public, attorney generals and public prosecutors pledge to uphold the rule of law, but does that also require the law to be objectively medically appropriate?

If so, then the prosecutor’s applying healthcare statutes in courts are bound by legal interpretations that are medically appropriate – as defined by a consistent set of standards.

What then, constitutes the standards?

And how do we codify the term to bring much needed structure to the legal interpretations of healthcare laws?

We generally consider medically appropriate behavior in the context of civic duty, but we often deflect the responsibility of upholding that civic duty to whoever is facing the legal ire of law at the time.

Tennessee schools are teaching students how to administer injections of opioid overdose medications, to prevent overdose fatalities in real time. Is it the school’s responsibility to ensure the students understand how to address an overdose in real time? Or are teachers in Tennessee practicing medicine without a legitimate medical license?

The term medically appropriate evaluates how equitably medical responsibilities are distributed throughout society – a goal the legal system has tried to achieve, for select medical conditions and select individuals – but has not comprehensively pursued for healthcare as a whole, failing to recognize the interdependence inherent in many medical conditions and broader human behavior, that grows more and more intertwined in our increasingly interconnected society.

Redefining the interpretation of medically appropriate behavior as the fundamental relationships are redefined in a changing healthcare landscape.

Which makes many of the legal strategies used in healthcare cases antiquated if not outright malicious – particularly when law enforcement targets the marketing efforts of health care companies.

The Oklahoma attorney general who sued Johnson and Johnson on the basis of public nuisance laws applied a public ordinance statute to the company’s marketing strategy, claiming Johnson and Johnson marketed too aggressively to patients directly, putting undue influence on patients to take opioids.

But the intricacies of the pharmaceutical industry are far too complex to simply dismiss as a nuisance to the public. The industry’s supply chain involves a complex mix of pharmaceutical manufacturers, distributors, insurance companies, pharmaceutical benefits managers, and of late, the large pharmacy chains themselves – with many acting as competitors in some regions and as partners in others.

There are no set standards delineating the level of influence of any of these entities in the supply chain on patient decision making or even physician decision making. In many ways, we do not even know if the financial penalties slapped onto these legal entities truly calculates the societal damage of the opioid epidemic. We simply project a number based upon indirect economic metrics that may or may not hold true in the future.

Instead, we should begin by defining the responsibilities of large pharmaceutical firms to individual patients and define the financial penalties in terms of that relationship.

A pharmaceutical company manufactures medications that move down the supply chain, ultimately to patients. But how they sell and promote their products is critical – but not critical from a marketing standpoint, but critical from a patient behavior standpoint. And medically responsible behavior for these pharmaceutical companies should be defined by the patient behavior seen as a response, not from the presumed effects of a marketing campaign. Many of which are educational in nature – which we for the longest time assumed to be an appropriate interaction between healthcare companies and physicians and patients.

But now, according to the recent legal precedent set, educating is influencing. Which shifts the definition of medically appropriate from education to the specific type of education.

So now again the definition changes