Enough time has passed to where we are reflecting on the pandemic for a sense of closure. 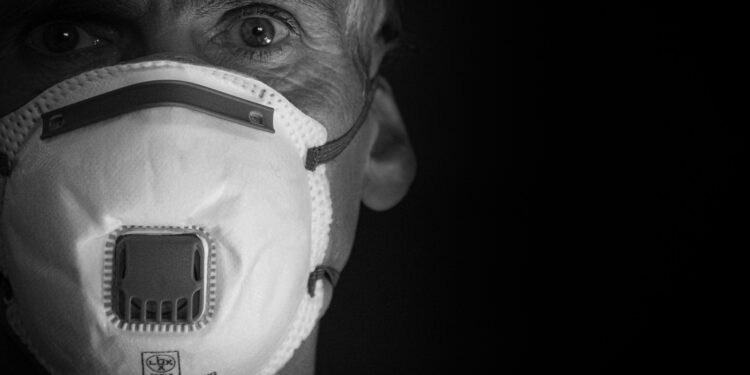 Some say we should declare amnesty. Others demand a mea culpa. Let’s forgo both and simply declare pandemic uncertainty. Acknowledge the vast unknown that surrounds everything we know in medicine.

It’s hard for us to understand uncertainty. We process it in stages. First comes the fear. The fear turns into anger and then we look for places to release that anger. That triggers the never ending blame game.

At the start of the COVID-19 pandemic, we watched our favorite restaurants shut down, small businesses either close or go under, and mortality inch upward. By focusing attention on the growing incidence of infections, we gave rise to a pandemic of fear that emerged alongside the actual virus. It turned a public health crisis into an existential crisis affecting every aspect of this country.

We looked for something or someone to blame. Some blamed the delayed response and insufficient resources, while others blamed the novelty of the virus and the unforeseen intensity.

Despite the wide-ranging interpretations and reactions, one trend seemed to hold true. A large population in a country would get infected, political leaders would get blamed, and then people started counting the lives – lives affected and lives lost.

The more we counted, the more we feared – soon the fear overtook our behavior. We began asking for more tests. We demanded them without realizing that regardless of the results, the treatment would be the same: quarantining. We clamored for tests even after knowing the results could be wrong.

We treated our fears like a symptom, right alongside cough and fever. By curing our fears, we acted as though we treated the virus. It was fear that led physicians to self-prescribe 55,000 scripts of hydroxychloroquine, forgoing medical ethics for the irrationality of fear.

Fears made worst case scenarios the likely scenarios leading cities to demand medical supplies and ventilators in excess of what COVID-19 models projected the cities would need. No one can say whether these reactions were an appropriate reaction or an overreaction. They’re a subjective reaction to the fear of uncertainty.

Uncertainties appear differently in the moment and after the fact. Studying the difference in these perceptions helps to understand how to approach similar uncertainties in the future. Demanding apologies or declaring all as forgiven misses the mark. It’s far more important to study our tendencies in an objective light, to make sense of why we behaved as we did. If we’re being honest, our collective reactions to the pandemic created as much harm as the pandemic itself. There’s no one to blame, only a need for self-analysis.

Milton Friedman alluded to this when he warned of overreactions in healthcare: “[the] cure is worse than the disease”.

Health policy experts reacted with extreme lockdowns, using fear as a tool to contain the virus. They didn’t think the public would understand the importance of quarantining or of behavioral modifications like mask wearing, so they told “noble lies”. The public saw fear as a mechanism of control and grew to mistrust policy-makers. Once the mistrust grew, the reactions became increasingly chaotic and self-destructive – from both the public and policy experts.

Frightened patients purchased test kits lacking FDA approval in large quantities online, bypassing all regulatory oversight designed to avoid clinically harmful behavior. But the public’s fear of the virus overtook any regard for the regulatory process, which ironically became mostly ineffective in the most critical of times.

What emerged instead were a series of reactions to facts as they emerged. We attributed cause and effect without knowing the full cause of the pandemic, and struggled to make sense of what was transpiring, even though we knew all the relevant facts had not yet fully appeared.

We saw this with the COVID-19 vaccines. Everyone had a view on vaccines, regardless of how much they knew about them. Each argument, no matter how eloquent, centered on individual rights versus collective benefits. Those for individual rights focused on the risk of receiving a vaccine injection. Those for collective safety focused on the risk of being infected by diseases the vaccine intends to protect against.

At face value, arguments on both sides are justified as they are both partially true: each vaccine injection carries an individual risk and vaccines in aggregate provide a collective benefit. Those who are against vaccines focus on the individual risk while those who are in favor focus on the widespread immunization. As uncertainty grows, mistrust grows along with it. So it makes sense that few trusted the vaccines at first. There was just too much uncertainty. In fact, we can trace the uncertainty over the pandemic and see how public perception of vaccines changed.

Our minds gravitate toward what we know. But our reactions are constantly in response to what we don’t know. Fear is funny like that. It ignores the facts and reacts to the uncertainty. And when the uncertainty changes, so do our perceptions.

This is nothing to be ashamed of, or to moralize upon after the fact. It is something to be studied absent any pretense of retroactive sanctimony.

We shouldn’t apologize for reacting to things we didn’t know about. Nor should we self-righteously forgive others for things they did in the grips of fear. We should absolve ourselves of this desire to characterize our behavior within the framework of an apology.

Uncertainty is one of the most difficult things for us to understand. Yet, it’s the most important thing to appreciate about the pandemic.