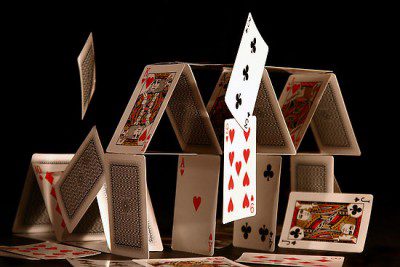 Last week the FDA approved a booster dose of the COVID-19 vaccine for patients above the age of 65 and for those who are at high risk of COVID-19 related complications.

The approval came in the final minutes of a contentious FDA hearing, after committee members voted against vaccine boosters for the general public. After struggling to identify a clinical basis that would justify booster doses in select high risk patient populations, the FDA committee took a ten minute break.

During that break they wrote a new question.

Instead of seeking approval for the general population, the new question, written by FDA committee members during the break, would seek approval for select high risk populations – those above the age of 65 and those who are at high risk of COVID-19 related complications.

It was apparent to everyone observing the proceedings the FDA committee wanted to approve the boosters – but only for selection populations. A live blog from STAT News reveals their obvious intentions.

“It became abundantly clear, during the discussion ahead of the voting question, that the panel was not going to vote to approve booster shots for a broad population. They were worried about the safety of the vaccine in younger people, and many said that the situation in Israel did not map to the one in the U.S. Eric Rubin, the Harvard professor and New England Journal of Medicine editor, commented that because of low vaccination rates, the benefit of boosters in controlling the pandemic might be limited.

So Peter Marks, the FDA official, and Arnold Monto, the panel’s chair, hatched a new plan. The panel would vote on the original question — the resounding 16-2 no vote — and then, after the vote, the panel made suggestions on a new question.

It’s clear they think a booster may be appropriate for older people — likely those over 60 or 65. They also wanted to make it available to those who are at higher risk from Covid, such as health care workers, people or are obese, and those who have diabetes. The FDA took took a 10 minute break to write a new question.”

The newly contrived question was oddly direct and decidedly biased in its phrasing:

“Based on the totality of scientific evidence available, including the safety and effectivenes data from clinical trial C4591001, do the known and potential benefits outweigh the known and potential risks of a Pfizer-BioNTech Covid-19 vaccine booster dose administered at least 6 months after the completion of the primary series for use in:

Individuals 65 years of age and older and

To no one’s surprise, the committee then voted unanimously in favor of booster doses for this select population. The outcome was a foregone conclusion. They had already revealed their hand earlier in the hearing.

Although the outcome may appear clinically sensible, we are alarmed at the ad hoc manner in which the committee deliberated through its decision-making, overtly rephrasing topics and questions in a near whimsical manner.

There is a term for this – card stacking, a well known logical fallacy that appears when deliberate action is taken to bias an argument, with opposing evidence being recontexualized or discredited.

The FDA wanted to approve booster doses, but only for select patient populations. So they biased the question and quorum to produce the intended results. But biasing a deliberation to influence the likelihood of a desired outcome eliminates the purpose of the deliberation in the first place. Regardless of whether that outcome is the one supported by the scientific community in the United States.

In an age where distrust in centralized institutions is at an all-time high, the FDA and other organizations should take extra precautions to ensure the public that they are making decisions diligently.

But rewriting and factitiously voting on manufactured questions only reinforces the public’s distrust. Justifiably so, after all few can give credence to an organization that intersperses anecdotal evidence and conjecture alongside data from randomized controlled trials as though the quality of information is comparable.

One of the most viral sound bites from the hearing came from Dr. David Portnoy, Branch Chief at FDA Center for Tobacco Products, who bemused he would like booster doses for populations 60 and older, not 65 and older because of his own age – “I’m 63, so I like the 60 age instead of the 65 age.”

The available data is already limited in its quality. As many participating in the conference noted, we cannot directly apply Israeli data to the American population. We have a lower vaccination rate compared to Israel, which would reduce the benefits of a booster dose in the United States. And the data coming from Israel is still evolving and subject to change the longer the patients given booster doses are monitored.

This makes the need for proper deliberations all the more essential. This also makes what transpired all the more disappointing.

Uncheck biases repeated over time create greater opportunities for a significant error. And if we do not correct course, then we may be priming ourselves for such an error.

Maybe not though, maybe we will somehow make it out of this pandemic. If we do, then it will not be because of the FDA, it will be despite the FDA.