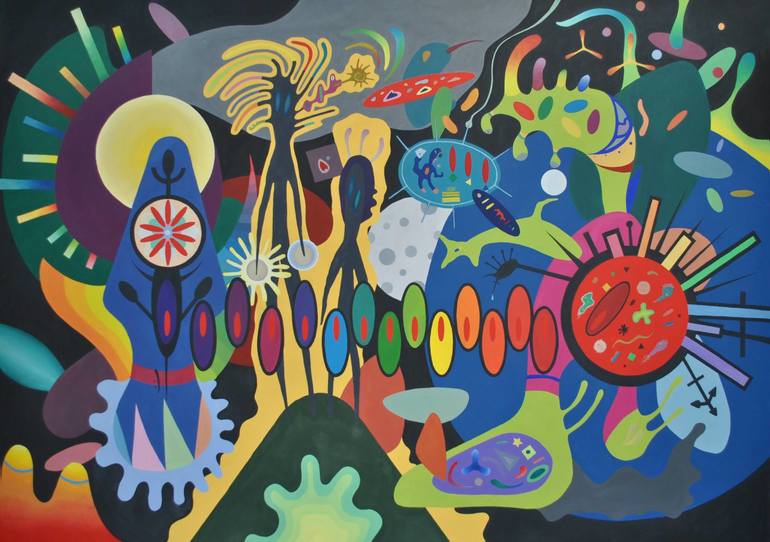 We are, by nature, optimists. We tend to view the future in positive terms, always hoping for something better.

Yet seminal works of literature are abound with books predicting a dystopian future, in which our inability to address seemingly pervasive problems of today, leads to our demise in the figurative tomorrow. The most famous of these works are 1984 by George Orwell and Brave New World by Aldous Huxley.

The latter being particularly adept in this post-pandemic period. Huxley was a uniquely modern author for his time, writing about many poignant issues that have become more manifest as time has gone by. In his work, Huxley balances the advancement of technology with personal freedoms, equating more technology with less individual liberties, less fundamental humanities.

He describes a dystopian world in which science and technology have overwhelmed the world to the point that humans are genetically bred to optimize the health of offspring, indoctrinated with pervasive social propaganda – and anesthetized to the point of docility by a heavy-handed pharmaceutical industry.

Brave New World was written in 1932, but by all accounts it very likely could be describing present-day America. Huxley split his life between the United Kingdom and the United States, living through the depression and the post-war resurgence of America – the most pessimistic and optimistic times in American history, respectively.

So his characterization of a dystopian future overrun by scientific advancements and medical technologies is – in a very modern sense – a decidedly American outlook captured by Huxley’s expansive experiences in the country.

An outlook which much of America continues to express through their distrust of and conspiratorial mindset concerning healthcare – which appears time and time again during the pandemic.

Even today, we see many mass vaccination sites shutting down despite not even remotely reaching levels required of herd immunity. COVID-19 trackers, as of Memorial Day weekend, have only 41% of the country immunized or partially immunized. With many still outright refusing to receive the vaccine.

America has an ingrained distrust of science and technology, that extends far back into America’s history. Rather than seeing scientific advancements in an optimistic manner, we look at it through the lens of personal liberties, equating every technological advancement as some sort of loss on personal liberties.

This is why mask wearing became a referendum on the first amendment, and why healthcare policy experts struggled to understand why many refused to wear masks. The public emphasized the loss of individual liberties while science and healthcare emphasized the general public safety – what the latter two saw as an achievement, the former saw as a threat.

While scientific breakthroughs like the COVID-19 vaccine are celebrated among professionals and healthcare policy experts, the same breakthroughs are seen through the lens of suspicion and discontent through the rest of the public.

But instead of trying to find common ground, the scientific community and the general public grow more polarized. They attack one another, discounting the other’s statements until they each reside in a reverberating echo chamber, only listening to what they have said before, and only repeating whatever they want to hear.

Healthcare experts tend to disregard those who decry the loss of personal liberties as nothing more than the complaints of an uneducated sector of the population.

But the public is not stupid or ignorant. Rather, they have been conditioned to see science and technology as antagonistic to personal liberties – a uniquely American balance that seems to have grown stronger over the course of the pandemic.

Americans pride themselves on their optimism, yet we have an insatiable allure for dystopian futures. This contradiction defines the manner through which we balance technology with personal liberties.

As long as we continue to see the two as antagonistic, one coming at the other’s expense, we will continue to maintain this conspiratorial mindset of suspicion and distrust – and apply this thinking into healthcare.

The solution resides in acknowledging and appreciating this mindset. Understand the long history through which this belief emanates, and its long-standing, overarching place in American culture.

Until healthcare appreciates these facets of American culture, policy experts will continue struggling to gain the trust of the public. Something both the NIH and CDC both recognize as a major problem.

Trust comes from communication. Effective communication requires empathy, understanding how other people think or what they believe.

The public’s suspicion of healthcare, the pervasive conspiratorial mindset in America, is an intrinsic part of this country. Not something relegated to the uneducated or the rural, but something fundamentally ingrained in the minds of the public as a whole.

We seem to grasp this when reading dystopian novels like Brave New World, but fail to apply this notion when trying to understand why the public does not trust healthcare.

Perhaps it is time we become aware of our own contradictions.