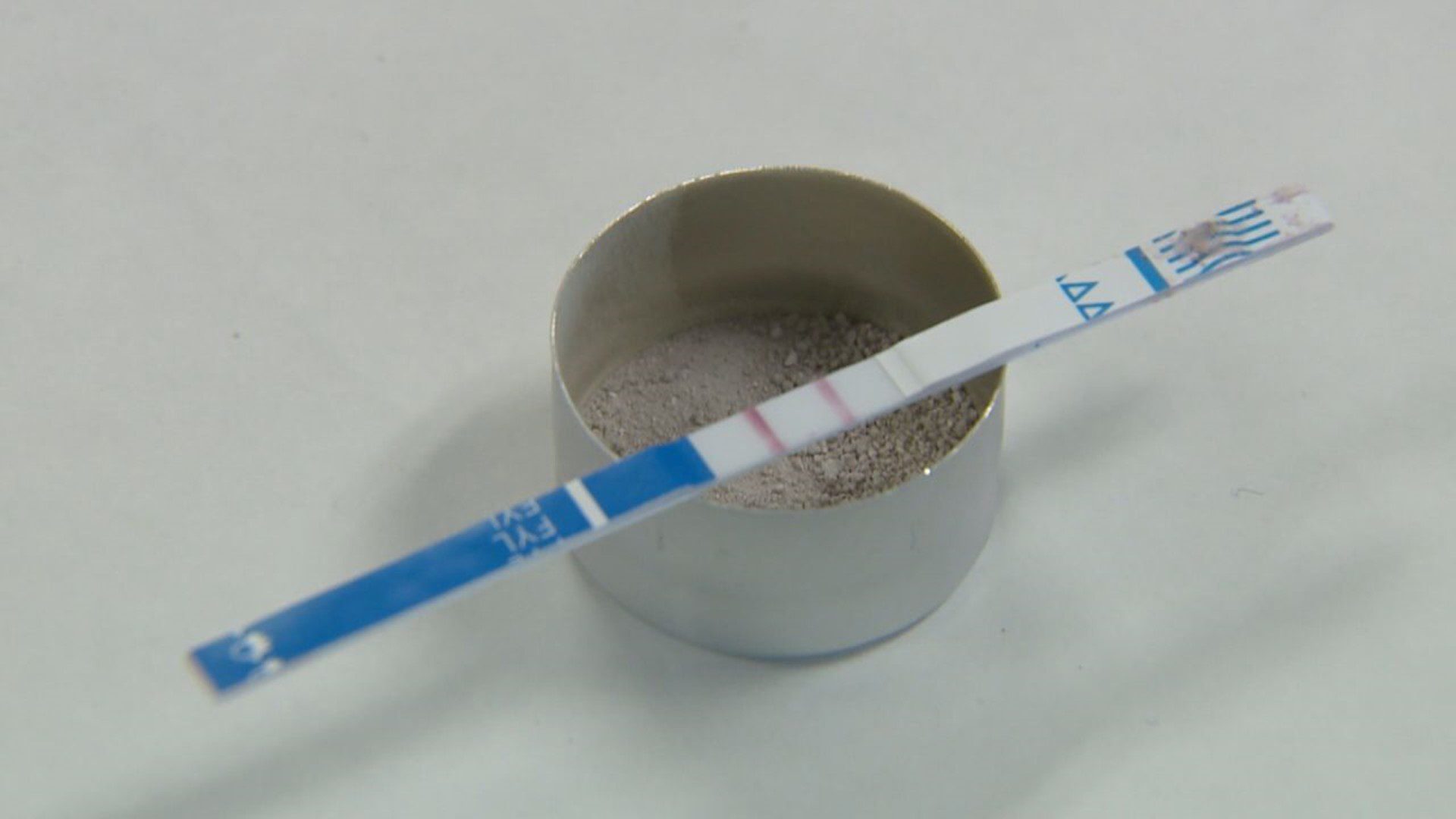 With time running out in the 2022 legislative session, Georgia lawmakers took up a bill to regulate raw milk.

An amendment suddenly got tacked onto the House version of the bill, although the new wording had nothing to do with dairy. The language called for legalizing the use of strips that test drugs for fentanyl, a potent synthetic opioid fueling a wave of fatal overdoses across Georgia and the U.S.

The amendment, said Sen. Jen Jordan, an Atlanta Democrat who sponsored it, was “a commonsense solution to save lives.”

The revised milk bill passed overwhelmingly on the last day of the General Assembly session. If the bill doesn’t draw a veto from Republican Gov. Brian Kemp, Georgia will join a growing list of states decriminalizing the use of fentanyl testing strips as the drug’s scourge has spread across the nation.

Governors in New Mexico and Wisconsin this year signed bills allowing test strips in those states, and legislatures in Tennessee and Alabama recently passed similar legislation. In Pennsylvania, although a state law prohibits test strips, the mayors of Philadelphia and Pittsburgh have ordered bans on prosecuting people possessing them. The state’s attorney general said he won’t charge people for having the test strips. Alaska state health officials, horrified by a surge of overdose deaths, have started giving out free test strips. A vending machine in Ohio offers the fentanyl-detecting devices alongside naloxone, a medication for reversing overdoses.

But the Florida legislature balked this year at a bill that would decriminalize the testing strips. Fentanyl test devices — prohibited under drug paraphernalia laws adopted decades ago — remain illegal in about half of states, drug policy experts say.

Many public health and addiction experts, though, promote the rapid testing devices as what’s known as a “harm reduction” tactic to help prevent overdose deaths from illicit drugs that users may not know are laced with fentanyl.

“We hope all the states would come to realize the dangers of contamination are so high and that fentanyl test strips empower a person taking drugs to know whether they have fentanyl,” said Dr. Nora Volkow, director of the National Institute on Drug Abuse at the National Institutes of Health.

Street versions of fentanyl, an approved painkiller that’s being produced illegally, largely come into the U.S. from Mexico. Fentanyl is up to 100 times as powerful as morphine. It is commonly found in what is sold as heroin — often taking its place entirely. It also can be mixed into cocaine, methamphetamine, and counterfeit street pills sold as opioid medications — substances that many buyers are not expecting to contain fentanyl.

“Fentanyl is so potent that it can stop your breathing at very low doses,” she said.

The fentanyl epidemic also “has exacerbated racial inequities,” Volkow added. From 2019 to 2021, fentanyl overdose deaths more than tripled among teenagers — and surged fivefold among Black teens, according to an analysis of Centers for Disease Control and Prevention data produced by the advocacy group Families Against Fentanyl.

The testing strips are inexpensive, costing about $1. A drug user can take a small quantity of the substance, add water, and dip a strip briefly into the solution. If one red stripe appears on the strip, fentanyl is present; two stripes mean none of that drug is found.

A downside is that the test strips don’t gauge the amount of fentanyl in the drug.

Still, the strips are effective in detecting “very small amounts of fentanyl,” said Brown University epidemiologist Brandon Marshall, part of a team that has studied illicit drug users and the devices in Rhode Island. Many of the participants who tried the strips, Marshall said, discarded the substance if fentanyl was present, used the drug with someone else present, or had naloxone available during use.

A similar study of North Carolina intravenous drug users found 3 in 4 people indicated that fentanyl strips made them feel better able to protect themselves from overdose.

In South Carolina, which has made fentanyl test strips available, the state sends an anonymous survey to anyone who receives them. Sara Goldsby, director of the South Carolina Department of Alcohol and Other Drug Abuse Services, said survey responses indicate that people who use the strips report using fewer drugs, with some choosing not to use the drugs altogether, and that they feel safer in preventing overdoses.

The testing strips, Brown’s Marshall added, “are not going to be a silver bullet to address the overdose crisis, but they can be an important tool to help people stay safe.”

In Georgia, where the testing bill awaits the governor’s approval, public health officials said fentanyl-related overdose deaths jumped after the start of the covid-19 pandemic, doubling between May 1, 2020, and April 30, 2021, compared with the same span in 2019 and 2020.

And fentanyl-related overdoses recently spiked in Savannah, Georgia, according to Dr. Jay Goldstein, medical director of the emergency department at Memorial Health. He said that many overdose patients said they were surprised at the potency of the drug they had consumed, but he fears that giving them strips won’t stem its use.

“Sad to say, but some users want fentanyl in their drugs because it gives them a more intense high, though the risk of crashing and burning is much worse,” he said.

Current drug paraphernalia laws may discourage states or organizations from applying for grants to buy test strips or creating programs to distribute them, said Jon Woodruff, senior legislative attorney for the Legislative Analysis and Public Policy Association. But in many states that haven’t decriminalized the strips, people who possess the papers aren’t being prosecuted.

In Georgia, “people can be charged, but it’s generally not prosecuted, particularly if it’s these testing strips,” said Pete Skandalakis, executive director of the Prosecuting Attorneys’ Council of Georgia, which supported the testing strips amendment.

Despite the current Georgia prohibition, the Atlanta Harm Reduction Coalition organization said it distributes the strips to individual drug users and other community members.

Meanwhile, families in Georgia who have seen loved ones die from fentanyl overdoses support making the testing strips more available.

Doreen Barr of Fayette County in suburban Atlanta lost a son to a combination dose of heroin and fentanyl seven years ago. She has set up a nonprofit foundation in Ryan Barr’s name to educate people about addiction.

Barr said she believes testing strips can save lives.

“Why not have the fentanyl strips?” she said. “Cocaine or a fake pill can have fentanyl in it. One time could kill you. If they had a test strip, maybe they wouldn’t take it.”