Anatomy of a DEA Investigation 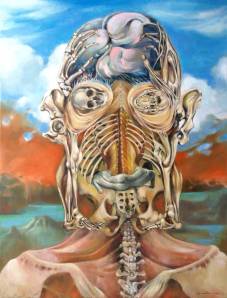 It always starts with a phone call.

An unassuming but authoritative presence on the phone, normally an investigating officer from a local police station requesting to speak with a healthcare provider regarding a particular patient.

The receptionist instantly grasps the magnitude of it, quietly walking over to the provider and blankly indicating that a law enforcement agent is on the line – prompting the provider to stop whatever he or she is doing and take the phone call.

It is never a good idea to keep law enforcement waiting on the line.

The conversation is terse. The officer on the line quickly mentions the patient in question and begins to inquire about the care received. The questions center around specific actions that transpired during the patient encounter:

“Did you even see the patient?”

“Did you conduct a physical exam?”

“Do you have the medical records?”

“When was the last time you ordered a drug screen?”

Becoming ever more focused on the main question in the mind of the officer – what was the controlled substance prescribed?

“Do you know how many pills you prescribed?”

“How many did you prescribe last time?”

For many in the healthcare world, the word choice and the overt emphasis on the number of prescription medications seems odd. Most are not used to referring to medications as pills, or focusing on the total number of medications prescribed as opposed to the daily use of medications.

But the difference in jargon highlights a growing difference in perspective between investigating officers and healthcare providers. Previously, law enforcement looked at the clinical encounter as the location for a potential drug exchange – medications for something. And they correlate specific acts or behaviors with criminal behavior.

Now, if a provider does not perform a specific act, such as order enough urine drug screens, then that provider is a suspect. With the underlying assumption being the lack of oversight constitutes potentially criminal behavior warranting an investigation.

It would be akin to pulling someone over for speeding just for driving a sports car. You can make the assumption that if someone drives a sports car, then they may likely speed in the future. But that is largely hypothetical and purely speculative.

Yet this is how many DEA investigations begin. A local officer reaches out to the provider, usually based upon a tip from a pharmacist, and initiates a phone call based upon that tip. Ostensibly to ask about a patient that was seen, but really to identify incongruencies between what the provider says and what information the officer has received.

If the provider cannot recall the number of prescription pills given to the patient in question, the officer may assume that the provider is being careless with the prescriptions and notify the DEA.

If the provider acknowledges that a urine drug screen was not performed at the last visit, the officer may assume the provider is not implementing the necessary oversight to prevent diversion.

Inquiries which allude to the shift in investigational tactics among law enforcement agents, both locally and federally.

Ultimately the goal is to identify specific acts, or the absence of specific acts that can then be used to justify the need for further investigation. A justification that is subject to wide-ranging, inconsistent interpretations.

Which make these initial phone calls even more critical. The decision to formally investigate a provider, conduct a raid of his or her clinic, and seize medical records largely come from these initial interactions – turning speculation into criminal investigation.

After these phone calls, the investigating officer reaches out to the DEA office and indicates whether the provider warrants further examination. Most DEA branches are understaffed and rely heavily on local law enforcement. So if the local officer believes a provider should be investigated, then the DEA usually follows that lead.

DEA agents will then find a patient, pharmacist, or even a neighboring tenant to serve as an informant against the provider. Anything that at the very least insinuates improper behavior.

This usually entails having the informant document a set of claims in an affidavit, a written statement confirmed by oath or affirmation, for use as evidence in court to secure a search warrant from the federal courts. The affidavit is normally given to a local magistrate judge, a federal judge who is appointed by the court to assist the publicly elected district judges. Magistrate judges generally oversee first appearances of criminal defendants, set bail, and conduct other administrative duties. Their role is largely procedural.

And once they receive an affidavit, they usually authorize a search warrant with little to no oversight on the authenticity of the affidavit or why a particular informant was chosen to speak against a given provider. The decision to provide a search warrant is primarily reflexive.

Once the search warrant is received, the DEA then prepare for their famed drug raids. Tactics originating for investigations on drug dealers or gang activity, that the DEA now uses on suspected providers.

These raids consist of local law enforcement and DEA agents bursting into provider offices with guns drawn and bulletproof vests festooned as though they are entering into active battle. The act is largely ceremonial, intended to intimidate and humiliate providers.

Most of the time the DEA agents scour about, as the actual investigative work consists of little more than uploading or photocopying a few medical records, including records of the patient whose line of questioning led to the whole sequence of events.

If law enforcement believe the risk of diversion outweighs the quality of care, then it makes sense to investigate what did not happen as much as what did happen – and to judge a provider as much on what transpired during the clinic as what did not transpire.

This is what happens when you place the speculative risk of drug diversion over the actual risk of poor patient care.

It all comes down to that initial phone call.

The anatomy of a DEA investigation.