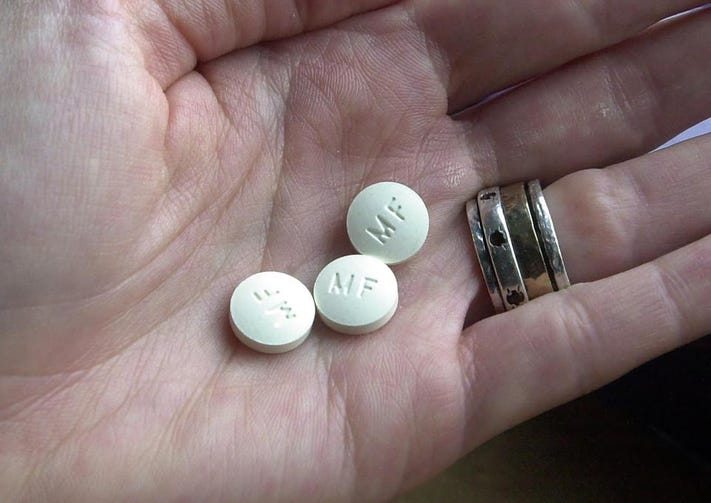 Abortion pills are just as safe to prescribe based on a patient’s medical history as after an in-person exam, new research finds

For many people, accessing abortion care can be a major challenge. Abortion services are usually only available in certain clinics with specialized equipment like ultrasounds, often requiring long-distance travel to get there. When medication abortion, or abortion with pills, was introduced to the U.S. in 2000, it offered a more accessible option to end pregnancy.

However, medication abortion was initially highly regulated and could only be dispensed in person at abortion clinics. Guidelines also required an ultrasound to confirm that the patient was less than 11 weeks pregnant and not ectopic, meaning having a pregnancy where the fertilized egg implants outside the uterus and can result in a life-threatening miscarriage.

Due to the pandemic, however, a new screening model emerged that relies only on a patient’s medical history to confirm their eligibility for medication abortion. This means that patients don’t need to undergo an in-person pelvic exam or ultrasound. They can even have their medication mailed to them after a remote telehealth consultation with a clinician. The U.S. Food and Drug Administration also permanently allowed mail-order pharmacies to ship abortion medications to patients.

As a public health social scientist who has studied abortion safety and access for over a decade, I wanted to see how this new care model compared to its predecessor. In our new study, my colleagues and I found that screening for a patient’s eligibility based on their medical history instead of physical exam or ultrasound was just as safe and effective as in-person tests and exams.

The data on remote telehealth consultations

To compare the safety and effectiveness of these two care models, my colleagues and I collected the medical chart data of nearly 3,800 patients from 14 clinics across the U.S. About 66% of the patients saw a clinician in person and picked up their medication at the clinic, while 34% had a remote telehealth visit and received their medications via mail. None of the patients in either group received a screening physical exam or ultrasound.

We reviewed the data for any adverse events or problems patients may have had after taking the abortion pills. Overall, we found that 95% of patients completed their abortions without additional intervention. This is comparable to completion rates from previous studies on medication abortion prescribed after in-person ultrasounds and exams. Only 0.5% of patients experienced a serious adverse event, also comparable to previously reported rates after in-person exams.

We also found no significant difference in effectiveness or safety between the group that picked up their abortion pills in person and those who received them by mail after a telehealth consultation.

Overall, we found that medication abortions dispensed after reviewing a patient’s medical history are just as safe and effective as those prescribed after an in-person pelvic exam and ultrasound.

With a limited number of clinics and providers, insurance coverage bans and state restrictions, people seeking abortions face significant barriers to obtaining the care they need. These barriers disproportionately affect people of color, low-income groups and other marginalized people.

If Roe v. Wade is overturned or significantly altered, almost half the country will face even more difficulties accessing abortion care.

Minimizing in-person tests by shifting toward remote screening, however, could expand access to abortion care to more patients. Because no special equipment like ultrasound machines are needed, more clinicians can write a prescription for the pills. Primary care providers who work in rural, low-income and other marginalized communities could conduct medication abortion screening and increase equitable access to abortion care.

The American College of Obstetricians and Gynecologists and the National Abortion Federation have already updated their guidelines to reflect the fact that medical history review without an in-person pelvic exam and ultrasound is sufficient to confirm medication abortion eligibility.

But it is important to note that state restrictions prevent this new care model from being implemented nationwide. Some states legally require ultrasounds, and other states either require an in-person visit or prohibit telehealth screenings. As the high safety and effectiveness rates from our study and other ones show, these laws are not based on scientific evidence and medical necessity as they claim.

While this new model was originally introduced to reduce physical contact during the pandemic, it could help remove barriers to medication abortion and expand access to equitable care for all patients.