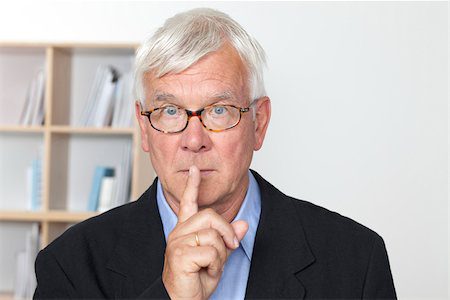 When we hear someone simplify a complex concept for the listening audience, like climate change or public health, we assume everyone leaves with the same understanding.

In reality, the speaker and the audience simplify differently. The difference may be subtle, but often this is enough.

There is a fine line distinguishing lying and simplifying.

Early in the pandemic, then Surgeon General Dr. Jerome Adams tweeted the public did not need to wear masks. He clarified in subsequent months that he wrote the tweet to ensure healthcare workers had enough masks in the early days of the pandemic, when he – along with other health policy leaders – were uncertain how severe the pandemic would be.

In response to the uncertainty, Dr. Adams simplified the message to ensure enough masks were available for front line health workers.

However, his listening audience, the American public, simplified the message to mean masks were unnecessary regardless of how severe the pandemic would prove to be.

Mask wearing became less about the science and more about the frame of reference through which a person chose to look at the issue – whether that was individual rights, government conspiracies, or political affiliations.

Each person simplified the complex science of mask wearing differently, depending on the individual’s frame of reference. But no matter how it was simplified in the minds of the public, it manifested as one of two decisions – to wear a mask or not.

We have all seen this phenomenon play out repeatedly during the pandemic, ad nauseam. But few of us understand how it happens – and why it repeatedly occurs.

Scientists and health policy experts simplify complex scientific concepts differently from the general public. This difference is called representativeness, a concept elaborated upon in the 1970’s in the then nascent field of behavioral economics.

Representativeness is a type of heuristic, a thought pattern, which functions as a sort of default way of thinking. For example, when we wake up in the morning, we have a set routine and a set way of performing that routine – brush teeth, shower, check phone, and so on. This is a thought pattern.

While most routines are a thought pattern, not all thought patterns are obvious like routines. Some are more subtle. Representativeness is one such example.

Representativeness is a heuristic that forms by comparing something in the present with the most representative mental prototype, the closest comparable a person can think of. If you meet someone for the first time, you equate that person to other people you have met in the past – “you remind me of an old friend”.

When you are deciding whether someone is trustworthy, you compare aspects of the individual to other mental examples of people you encountered in the past. This is representativeness.

Scientists have years of academic schooling and post-graduate training. The mental models they hold come from an in-depth knowledge of a particular topic.

The public, in general, do not have such schooling or training. They form mental models differently.

Consequently, scientists and the public have different representative heuristics when approaching a scientific issue. And accordingly, they simplify these issues differently.

This does not mean one side is right and the other wrong. Heuristics do not work like that. This only means scientists and the public think in fundamentally different ways.

But the inability to reconcile – or even to acknowledge – this difference allows biases that form out of the representativeness heuristic to remain unchecked.

We know how we think. We can trace our thoughts to some experience or from some trusted source. Those who oppose vaccines can trace their opposition to a bad medical experience or from reading about government abuses on vulnerable patient populations. They know how they derived their stance on vaccines.

And why we believe scientists lie.

All because we fail to see in others what we see in ourselves.