When Data Becomes Due Process 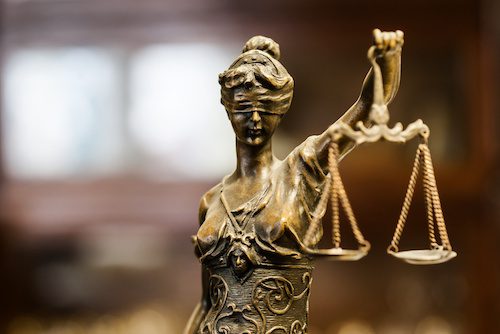 It has been said that sin is not in the action, but in the reaction.

Similarly, the harm from data comes not from the data itself, but from its interpretation – how people react to what they see. As what they see can be quite subjective, changing from person to person.

The analysis of data is a notoriously quantitative field, defined by established rules of statistics. The interpretation of the analysis is different, far more subjective, varying based on the biases held by the person reviewing the data.

For federal agencies within the Department of Justice that investigate physician behavior, the interpretation of data analysis is used to initiate investigations and to secure convictions.

The term is routinely cited but never fully understood. Due process is often discussed only in procedural terms in reference to legal investigations or deliberations in court. For example, if a law enforcement officer tampers with evidence or a prosecutor introduces materially false evidence, then we would expect the defendant to claim due process violations.

But procedural due process violations are only one aspect of due process. The other, more abstract aspect is called substantive due process. It focuses less on procedural violations and more on enumerated rights implicitly afforded through the Constitution. In 1905, the term was used by the Supreme Court in upholding the rights of bakers in New York City to work the hours they needed in order to prepare bread, finding work hour restrictions violated the rights of bakers to perform their job.

Substantive due process protects the right to work, to marry, and to raise children – essentially the basic functions we take for granted in our everyday lives. But in our increasingly complex world, many of these basic functions are becoming quite complex.

Something epitomized in healthcare, which has seen an influx of data turn basic patient care into complex models of technology-based care coordination. Data has now become synonymous with patient care – to the point that nearly all clinical decisions rely on some data point.

Effectively, the interpretation of the data determines probable cause. But correlating statistical probability with reasonable doubt leads to perilous interpretations that have been proven to be rife with bias – particularly in healthcare.

Numerous clinical studies and class action lawsuits have proven healthcare insurance companies use patient data to engage in discriminatory practices against disenfranchised patients, adversely affecting access to care. These are the entities that directly aggregate and maintain patient information – and even they cannot interpret data without bias.

For law enforcement to then take the same data and investigate crimes based on interpretations – already proven to be biased data – turns biases into evidence. Since most prosecutors are unable to discern between statistical noise and clinically relevant statistical trends, inevitably they will misinterpret patient data. This was most famously revealed when the Drug Enforcement Agency began correlating the number of opioid prescriptions with opioid related mortality.

Data analysis is complex by nature. We try to simplify it through interpretations. But to simplify something complex is a type of bias. And in the courts of law, we have assumed this bias to be evidence. When we examine criminal cases involving physicians, we usually see data included in the filings that allege to be the factual basis for the crime.

Yet we have never questioned the Constitutionality of using patient data this way. But in many criminal cases against physicians, the government essentially argues that data interpretations supersede a physician’s substantive due process rights. That over the course of a physician’s work, should any data aberrations arise, that physician can be subsequently investigated for potential crimes.

Prosecutors justify this tactic by arguing that data is the principal means through which they can investigate physicians – a fair point, and by no means do we argue against using data for such investigations.

But we should not blindly assume we can use patient data in this manner. It was never intended to be evidence, and it has proven time and time again to be biased.

Instead we should closely examine the robustness of the data, case by case, determine if it meets objective legal standards required of evidence, and codify the legal definitions detailing how we use it in court.

As it stands currently, we are using data as due process without explicitly stating as much. In the silence, we have allowed prosecutors to introduce pernicious interpretations of data as evidence, which is a violation of a physician’s due process.

Until we directly address the constitutionality of this, pernicious legal interpretations will continue to deny physicians their right to a defense, and data will continue to pass for criminal intent.

And the courts will continue to enable government encroachment into healthcare.