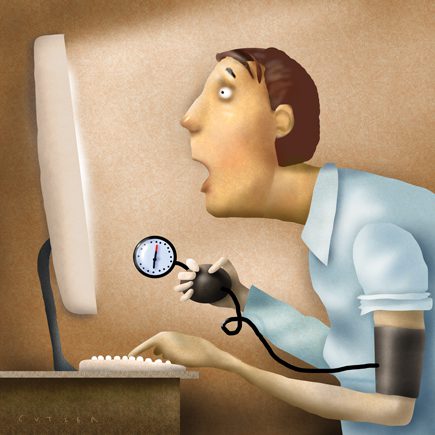 When science goes to its logical extreme, when every cause and effect relationship is traced outwards – to a causeless cause or an unknown effect – logic transforms into faith.

At a certain point, we simply believe what we believe. Only we do not acknowledge it so transparently. When pressed, we find some rationale or stipulation to justify our beliefs.

The concept of beauty is a perfect example. Beauty is fundamentally subjective, based upon personal predilections. But when asked why we find a person attractive, we cite some feature or reference some actor or even refer to the golden ratio – a mythical ratio idealizing the perfect facial proportions.

But beauty is implicit. We either find someone attractive or we do not. We then justify our implicit belief through some explicitly stated reason. But we never conjure reasons that contradict our original belief, only ones that substantiate it.

This is how people think about most things in their lives. And what most people mean when they say they are doing research on matters related to COVID-19.

The novelty of the pandemic has spawned a perception that all treatments and preventative measures related to the pandemic are similarly novel – and as with most novelties in science, seen to be on the cutting edges.

The same edges where science meets art and where logic meets faith. Where beliefs are implicitly generated and then retroactively justified.

We all have watched video clips of a person claiming to need more data or seeming unable to trust the existing data to justify vaccine hesitancy. But in reality, no amount of data or verification of data would overcome the person’s hesitancy. The data is simply the reason stated to justify an implicitly held belief.

Vaccine hesitancy and most of the curious behavioral patterns we find during the pandemic existed long before social media. And for all its pervasiveness, social media is mostly an echo chamber for people to reverberate their existing views more loudly – offering even more reasons to substantiate an originally held implicit belief. Case in point, we pursue media outlets and internet influencers that agree with what we already believe.

We like to claim social media influences our beliefs, or that alternative news outlets affect the way we think, because this is how we explain our implicitly held beliefs.

We recently surveyed readers regarding the likely confluence of both an influenza outbreak and a surge in COVID-19 cases. A majority (60%) acknowledge that the media’s use of the term, twindemic, influences their perception on the likelihood of such an event.

Essentially, the readers claim their beliefs are influenced by the media coining the term, twindemic. This is absurd – irrational, you could say. This is precisely the point.

The implicit beliefs we hold are not rational, but derived through some preconceived notion – logical or not – that we then find reasons to justify when explaining our beliefs to others. Sometimes the original belief is irrational, which means the justification might be irrational, or might be a pretense to appear rational while not actually reflecting the original belief.

When people say they do their own research, they are simply looking for reasons to justify what they already believe. They are not conducting research in the truest sense of the word, weighing all facts and clinical studies to derive at an objective conclusion. They are searching for something to explain their beliefs in way that appears convincible.

This is an art, not a science. This is why scientific discussions or data-driven arguments can never convince people to change their opinions on matters related to COVID-19. For them, the beliefs are a matter of faith – beyond logic, beyond the edges of science, arriving at the point where logic transforms into faith.

Where implicitly held beliefs are defined by the irrationality of art – the art of medicine.