Pre-pandemic Trust and Mistrust in Americans’ Views of Scientific Experts 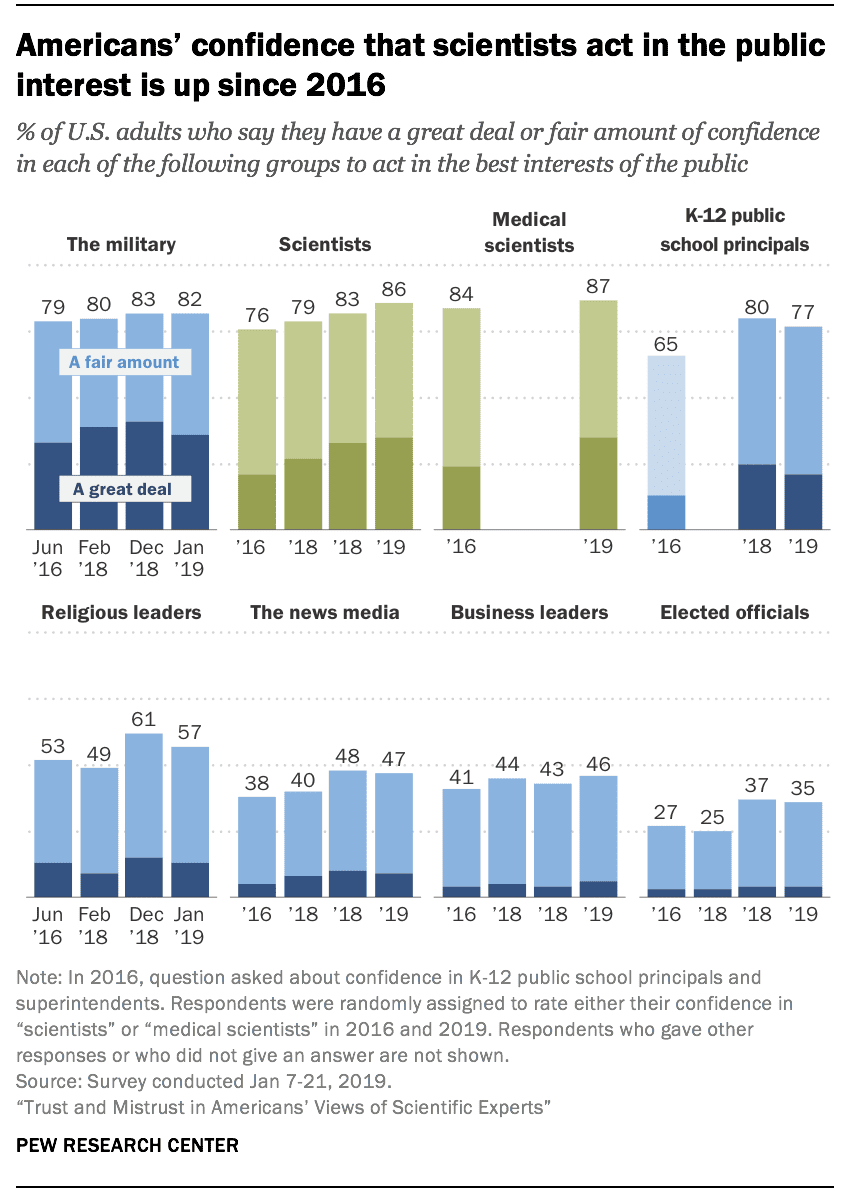 More Americans have confidence in scientists, but there are political divides over the role of scientific experts in policy issues

In an era when science and politics often appear to collide, public confidence in scientists is on the upswing, and six-in-ten Americans say scientists should play an active role in policy debates about scientific issues, according to a new Pew Research Center survey.

At the same time, Pre-pandemic Americans are divided along party lines in terms of how they view the value and objectivity of scientists and their ability to act in the public interest. And, while political divides do not carry over to views of all scientists and scientific issues, there are particularly sizable gaps between Democrats and Republicans when it comes to trust in scientists whose work is related to the environment.

Confidence in scientists is stronger among those with high science knowledge and among DemocratsHigher levels of familiarity with the work of scientists are associated with more positive and more trusting views of scientists regarding their competence, credibility and commitment to the public, the survey shows.