The Vaccine is Here 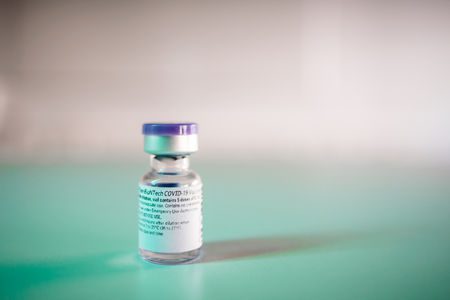 The vaccine is here – and nothing seems to be going right. And whatever could go wrong, has gone wrong – proving Murphy of Murphy’s Law a prescient optimist.

We tried to prioritize who gets the vaccine, and built elaborate models stratifying risk. But now the vaccine algorithms seem to show major structural biases. We touted Operation Warp Speed as the engine that would deliver millions of vaccines, but find ourselves mired in faulty logistics going particularly nowhere.

Now we are playing vaccine hopscotch, wavering between originally two now one dose, and even mixing and matching vaccine serums (if you are in Britain).

The issues keep arising. But for every issue that appears, we find the same set of familiar circumstances giving rise to the issue. As most if not all the issues stem from the same set of problems that arose from issues early in the pandemic – unintended consequences arising when attempting to systematize intuition.

Many institutions have developed algorithms that stratify who will receive the vaccine and when. Unfortunately, many of these algorithms are based upon implicit assumptions – that when explicitly implemented – create inevitable consternations among those affected, both positively and negatively.

The most prominent example of late being Stanford University. Stanford’s algorithm was not powered by machine learning, in which the computer learns from the data without explicit programming by humans. Rather, it was rule-based, as explained by MIT Technology Review, which means that humans wrote out a set of instructions that the tool simply acted upon.

Complicating matters further, the tool appears not to have accounted for healthcare workers’ actual exposure to the virus and changes to hospital rules and protocol during the pandemic.

As a result, administrators and other employees working from home were put at the front of the line, while only seven of Stanford’s 1,300 medical residents – physicians who spend the most time at the hospital, but tend to be younger – made the list.

Did Stanford get it right? Or is the question so complex and convoluted, that issues of right and wrong end up being mostly subjective?

This is the dilemma of COVID-19 – with so many unique and novel problems coming all at once, we are not prepared to even understand the moral dilemmas that inevitably arise with each decision, let alone solve them.

How can we create priority when we still do not fully understand full range of risk we face? Risk that perceptually changes when it is perceived risk as opposed to actual risk.

And absent all the necessary information, we have artificially attributed certain concepts to be more important than others – with seemingly good intentions – but when intention turns into implementation, inevitable moral hazards arise.

Something seen in non-healthcare related sectors as well.

Native Americans, who already have an intrinsic distrust of the federal health system, have been ravaged disproportionately more than other minority groups during COVID-19. But rather than prioritize the most at risk in medical terms, many tribes are prioritizing those who have stronger cultural ties to the native tribes – including those who have the ability to speak native languages.

“It’s something we have to pass on to our loved ones, our history, our culture, our language. We don’t have it in black and white, we tell stories. That’s why it’s so important,” Standing Rock Tribal Chairman Mike Faith said.

The Standing Rock reservation straddles the North Dakota and South Dakota border and is home to about 8,000 people, more than half of whom live in North Dakota – although only about 300 people on the reservation are fluent in the language.

While some tribal frontline health care workers have already received the vaccine, soon priority will be given to those who speak the native languages. Tribal Health Director Margaret Gates said the Lakota and Dakota speakers “are the most important asset to our tribe and people because of the language.”

And while these speakers many not be the most at risk patients medically, the tribes still choose to prioritize these individuals.

And who is to say they are wrong to do so?

Values that are unique across different communities within the country, and even unique to different individuals within communities.

A recent survey by Kaiser Family Foundation found that nearly a third probably would or definitely would refuse vaccination when offered.

And a lot of that hesitancy is based on minority healthcare workers’ deep-rooted mistrust of vaccinations and other large-scale health care programs: “I’ve heard Tuskegee more times than I can count in the past month — and, you know, it’s a valid, valid concern”, said a physician at Loretto Hospital in Chicago, Illinois.

This is what we failed to anticipate with the vaccine roll-out. The vaccine was never about data or objective metrics of acquired herd immunity. It was always about the very individualized, very subjective feeling of whether the benefits outweighed the risks.

And for every individual, the benefits and risks are calculated differently.

But the roll-out and prioritization scheme presented by Operation Warp Speed attempted to project an objective standard in assessing who should or should not receive the vaccine.

This is the discrepancy that lies at the heart of what is wrong with the vaccine roll-out – it was always subjective.