The Psychology of Time 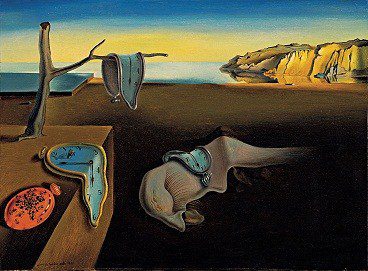 Predictions of doom and gloom are as old as humanity. Every civilization, culture, and religion have their own apocalyptic tale of how the world will end or when all that is known will unravel. And typically, the tales has an associated date or presumed triggering event – something for us to predict when what is foretold will come to pass.

And as obsessed as we are with these stories, there is something underlying these stories that we are even more obsessed with – time.

In fact, we are wired to obsess over time. We know there are twenty-four hours in a day, we know how long our favorite Netflix show lasts, and we always know how many days are left until the weekend. But that obsession is very much the proverbial double-edged sword – on one hand it keeps us punctual and efficient throughout the day, but on the other hand, it serves a major source of angst and stress as well.

Which makes the next few months more dangerous than we could imagine. The perception that COVID-19 has ruined the year 2020 is largely tempered by the belief that it is just one ruined year. But the Institute for Health Metrics and Evaluation (IHME) – one of the most widely cited source for COVID-19 projections – finds that the viral outbreak will not only worsen in December, the last month of this year, but will actually worsen from December into January, the first month of next year.

Prompting another series of hospital bed shortages, medical supply constraints, and politicking and blame-shifting. But more importantly, prompt another round of rationalizations among the American public.

While in the strictly temporal sense, January is only a month after December. But in the perceptual world of subjective emotions and beliefs, which is really the world we all live in, January is worlds apart from December. And the psychological toll COVID-19 will take on the public will heighten significantly as it encroaches further into 2021.

The public has already begun to become numb, almost nihilistic to the virus, and progressively deteriorating in their compliance with social distancing policies, masking requirements, and other provisions that can hinder the spread of the virus.

A trend that will appear insidiously, with no one individual admitting their growing disinterest, but will be seen through the rising mortality statistics. A trend we see in behaviors when people engage in unhealthy, self-destructive behaviors during moments of stress. I know it may seem insensitive to compare a viral outbreak to binging on food, but the underlying patterns of behavior are the same.

It is well known that a major disconnect exists between how we perceive ourselves and how others perceive us – and that gap is a function of many factors. Many studies suggest that stress and the perception of a potentially significant loss play a major role in increasing that gap.

When applied to COVID-19, suggests that the longer and worse COVID-19 gets, the bigger the gap will become. And the greater the disconnect between the perception of our behaviors, and the actual ramifications of our behaviors. And given the preponderance of false narratives and bias riddled data, it almost becomes unimaginable how much more chaotic things can become.

But if we had to identify two inflection points in which the collective mental angst – the zeitgeist, to borrow from German philosophy – would predispose individuals to behave self-destructively, widening the perception gap, it would be the Election Day and New Year’s Eve.

On Election Day, the country will be facing incredible stresses. COVID-19 will continue its rise from October and the political pressures that are tearing the fabric of this country would be coming to a head. Fundamental issues such as whether healthcare is an individual right or a collective responsibility will be weighing on the minds of each voter. And the winner of the election will serve as a proxy for the political and social issues far larger than either candidate could have imagined.

And while neither candidate really understands the consequences of the healthcare perceptions associated to them, the mere fact that they won will appear to legitimize the healthcare position they claim to represent.

Prompting reactions and agitations among the losing side, further dividing the nation, and hampering any attempt at a unified approach to combating the pandemic.

On New Year’s Eve, the country will already be at peak hedonistic levels, now add to it the fatalistic allure of a prolonged pandemic, and you have the makings of true self-destructive behavior. I have no doubt that state and local officials will be weary of and protect against rioting and criminal proper damage, but the more concerning self-destructive behavior is the lack of regard for safety protocols with respect to COVID-19.

Super-spreaders have been known to disseminate the virus through social gatherings, and as people hop from bar to bar, and club to club, the rates of dissemination will increase exponentially. People will justify the last night of the year as an excuse to throw caution to the wind, and through that perception, justify high risk behavior that they would not have done otherwise.

This is nothing new. In fact, anybody can predict that New Year’s Eve will be will a super-spreader event. We know all the major holiday events carry an uptick in incidence in the days to weeks that follow. It is not the knowing part – it is the caring part – as hardly any will admit to overtly disregarding social distancing rules, but will tacitly disobey the rules in order to prioritize their need to celebrate the end of the year. The proverbial saying one thing while doing another. A perception gap that will, ironically, only worsen things for the start of 2021. And the larger this gap, the greater the impact of the night on the months to come.

Making the existential angst of the zeitgeist a self-fulfilling prophesy. By allowing our political discontent impact our health decisions, we will make Election Day an inflection point in the resurgence of COVID-19. By giving in to our desire to celebrate, our innate escapism, we will make New Year’s Day a launching point to determine how severe and prolonged COVID-19 will be going into 2021.

And the combination of these two days, Election Day and New Year’s Eve, and the perception shift that will take place over these two days, will significantly influence the viral trends for the upcoming year.