The Pandemic is a Perception 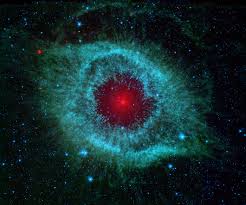 Almost overnight, the COVID-19 pandemic swooped into our collective hearts and minds with staggering swiftness.

The rapid pace at which it did so has come to influence our perceptions of COVID-19.

It is no coincidence that President Trump’s response during COVID-19 mirrored President Woodrow Wilson’s response during the Great Influenza epidemic of 1918, otherwise known as the Spanish Flu. Both presidents attempted to downplay the economic impact of the pandemic and refocus the country’s attention on matters presumed to be more pressing – whether it is a reelection campaign or a world war.

The cruel irony is that both presidents, despite downplaying the virus, ended up contracting the virus themselves. But the overall perceptions of each respective pandemic and the ensuing behavioral responses are undoubtedly similar. Largely because they were in response to the similar pace at which the pandemics affected society.

The rapid change in perceptions, or the fluency in the changing perceptions, is a perception itself. Early in the COVID-19 pandemic, the severity and economic impact was due to how swiftly it began spreading, and how equally swift and severe the initial responses were.

We drew impact curves to show the shifting healthcare capacity to withstand COVID-19 as a function of time. The phrase, “flatten the curve”, came to denote the importance of social distancing in mitigating the severity of the virus’s effects. But the curves represented broad, overarching trends, comparing a broad set of behaviors with a broad metric, healthcare capacity.

The ensuing political clamor was a result of attributing broad, generalized data to specific decisions, which tends to be inconsistent at best. Instead structuring the relationships between clinical impact and economic resources as ratios would have revealed patterns that provide more accurate gauge on the specific clinical benefit relative to the specific economic investment in resources or intervention.

The volatility of the political decisions should also be considered in the context of the rapidly changing pandemic, because the emotions exhibited by many of the political leaders also influenced the behavior seen.

To learn how we can better prepare for future pandemics and healthcare crises; we should model healthcare needs based upon the dominant perceptions held at the time. They should be quantified and analyzed relative to the impact of the decision, as its own complex ratio. Subjective metrics like grit or resilience have been studied among students or individuals overcoming tragedies in their lives, but not in the context of patient behavior, or policy decision-making.

Yet these emotions reflect the dominant perceptions underlying the decisions or behaviors. If two patients from similar socioeconomic backgrounds develop diabetes, the one that exhibits more grit is more likely to maintain her clinical care management in the face of adversity.

Subjective metrics discern fear-based behaviors from traditional behaviors for everyday activities including grocery shopping or dining out. The fear created during the pandemic-induced economic downturn initiated an ad hoc web of actions and reactions. Contextualizing the perception of fear relative to specific patient behavior or broader consumer behavior would help healthcare policy experts to understand the thought patterns behind behavioral trends. And determine how those trends may change as public perception changes.

Prior to the pandemic, most would consider purchasing soap to be more of a consumer decision, based upon traditional consumerism principles – pricing, availability, convenience, among other things. During the pandemic, purchasing soap became a medical decision, made by the panicked public who stockpiled sanitation supplies like soap out of fear of doomsday scenarios. The traditional consumerism principles no longer applied because the decision-making was fundamentally different.

When the context changes the dominant perception changes, and the decisions that lead to behaviors also change – which may not be immediately apparent when looking at the actions independently through their outcomes alone.

Analyzing the value of public policy decisions through subjective metrics can reveal the hidden role emotions and perceptions of care have in patient behavior, elucidating thoughts and perceptions that may otherwise have not been apparent. Not just for the pandemic, but for healthcare at large.

Often the unique perceptions driving patient behavior only appear in hindsight, leading to healthcare policy mistakes based upon false assumptions on the behavior observed and exacerbating disparities between the policies enacted and the behavioral responses in the public.

Which was most prominently seen in the wildly polarizing debate over wearing face masks to prevent the spread of COVID-19. The vastly different perceptions led to differing debates over whether the masks were effective, when they are most effective, or whether double-masking was good advice or not. The seemingly endless array of debates revolved around innumerably different perceptions of when and how to wear masks – that mostly lack any context around the behavior of mask use.

Instead of simply advocating the public to wear masks, we would have been better off if we discussed the importance of wearing masks in specific context – and the public perceptions of wearing masks within that context. If we need to wear masks indoors, then we should evaluate the spread of COVID-19 in close quarters relative to the use of masks. Something that happened, but only months into the pandemic. Eventually we understood the context-specific benefits that wearing a mask provides, but only after understanding the benefits relative to the context of use, as a ratio.

The more we understand the complex confluence of perceptions that define healthcare, the more we can appreciate the interactions of different, seemingly unrelated perceptions coalescing into the behaviors we observe.

Not just for the pandemic, but for all of healthcare.