The Heuristics In Our Medical Decisions 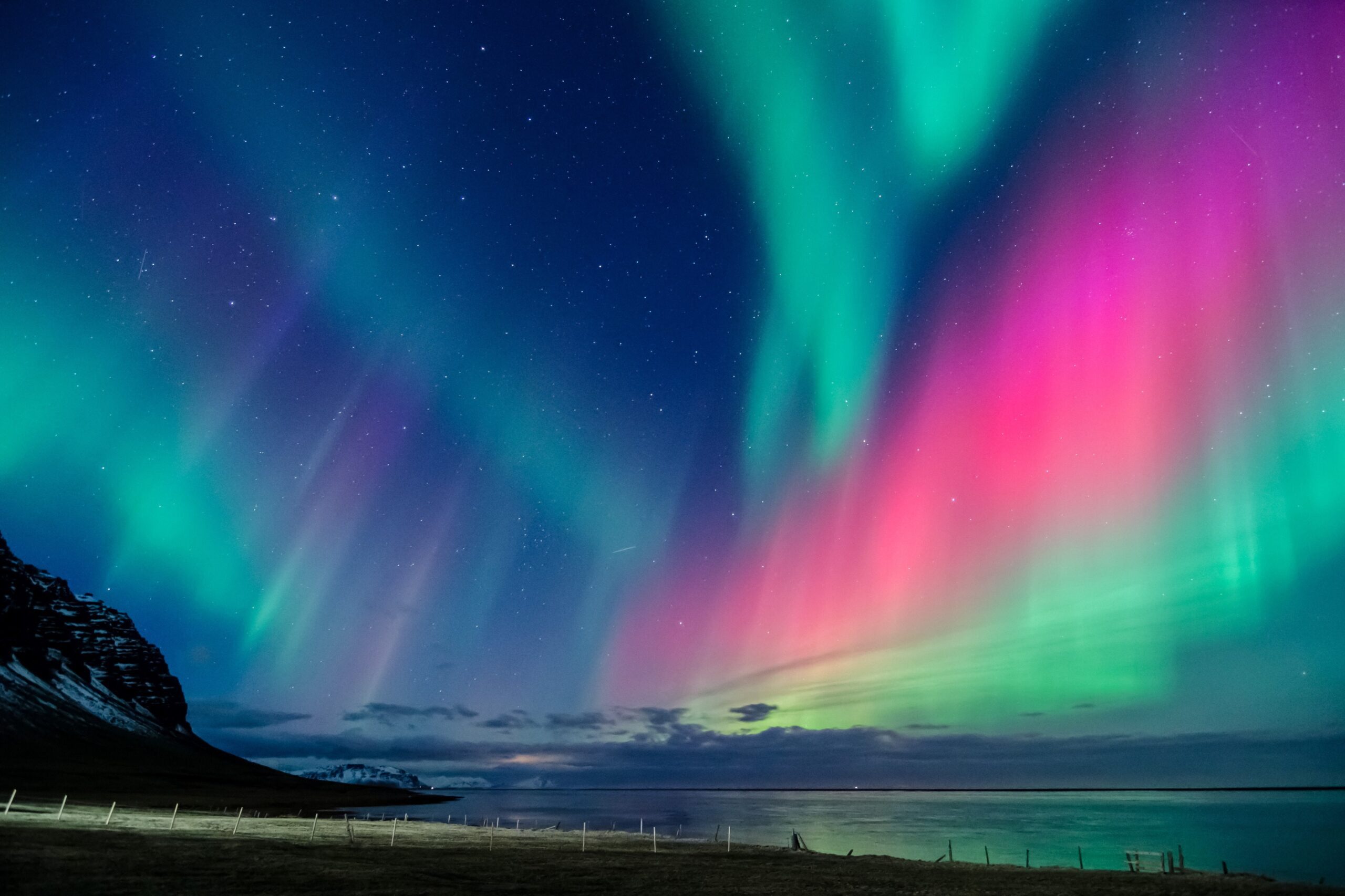 Often, when we attempt to solve a difficult problem, we simplify the problem into something that is easier to solve and end up addressing the simplified problem only. But we are not aware that we substituted a difficult problem for an easier problem, we only focus on the solution, and conflate the substituted solution as the answer to the original problem. When watching a drama, we see actors portraying characters enacting a sequence of events. But we can only pay attention to one of the three things at any given time – ourselves, the actors, or their respective characters. Which makes the phase, ‘pay attention’, more literal than we would imagine – it connotates there is an opportunity cost to attention, in which attention directed at one thing detracts away attention from something else. And in watching stage actors perform, once immersed in the performance itself, we pay attention to and identify with the characters in the drama, musing and following along in all the trials and tribulations, despite knowing each character is simply a performance by an actor.

Analogously, incomplete interpretations, or poorly formed solutions to a problem, that fail to capture the full scope of uncertainty, possess an illusionary aspect that persists, even when we are aware of the illusion. Like Muller-Lyer lines, we know the lines are the same length, but the angle of the diagonals maintains the persistence belief that the lines are of different length.

In the world of healthcare, the uncertainties are more complex, and the illusionary interpretations that form are similarly complex as well, with each interaction in healthcare described by Emerson as being an, “optical illusion about every person we meet.” In patients with severe cognitive impairment or outright dementia, medications have proven to be limited, and a study found 35% of dementia cases can be prevented with physical exercise and cognitively stimulating mental exercises. The AARP now recommends a “whole package of behaviors” as therapy to reduce the incidence of dementia. Behavior as therapy is a longstanding belief in medicine, that we know has value, but seem to disregard in favor of straightforward clinical data associations.

We like studies such as the Framingham study because it shows neat, tidy links between clinical conditions and diseases. We don’t like studies that are more abstract, such as the study that shows a relationship between cognitive behavioral therapy and the severity of menopause symptoms. Largely because we then have to understand how to integrate that information within the framework of clinical care – does behavioral therapy work alongside or in place of medication based therapy for menopause, and at what severity of symptoms should we consider behavioral therapy?

Healthcare is an incredibly complex field, in which the complexities lie in even the most mundane medical decision-making. Something we are fully aware of, but something we instinctively simplify with hardly a second thought. Healthcare behavior is a complicated series of actions and decisions that are related in ways that are not immediately obvious. Because our mind gravitates towards simple relationships – a straightforward, linear relationship of cause and effect – is easy to understand. Behavioral economists call this fundamental attribution error, attributing a specific cause or reason for a specific effect.

Epictetus, the stoic philosopher cautioned, “don’t be kidnapped by your impressions”, yet that is exactly what we do far too often in far too many places. Particularly in the economic ethos of this country, Wall Street, which is teeming with different investment philosophies, models, and strategies, each costuming as a different interpretation of the underlying market uncertainties – each with its own set of errors. And with the inevitability of repetition, the incremental errors of each interpretation aggregate into significant errors from all the interpretations, perpetuating volatile market cycles that economists coin with lively catchphrases such as “market exuberance” or “animal spirit”. As a result, an entire industry has grown around predicting market behavior, designing leading and lagging indicators, built upon impressive formulas and algorithms, but often breakdown into nothing more than soothsaying and fortune telling. Though one of the first and widely accepted tools to predict market downturns is the cyclically adjusted price earnings model, a model that repeatedly identifies the same market indicators and trends appearing in every market cycle, yet nevertheless retaining its predictive value.

Which actually makes sense, because stock market behavior is complex, but in a familiarly complex way – blending the acquisition of knowledge with uncertainty in a dynamic environment with changing variables – each of which change in a limit number of ways, though in aggregate, create uncertainty with all the moving parts. A description that can apply to healthcare as much as it describes finance. The two graphs below show a comparison of trading skill developed over time (left) with vaping mortality in the Fall of 2019 (right), developed by the CDC. In the graph on the left, we see that trading mistakes follow a normal curve distribution implying learning and skill develop over time – the authors who studied trading skill argued that the left side of the curve is the learning curve all traders must go through, and the right side of the curve reflects the combination of learned skill and of attrition rates – people who quit before their skills could develop, curtailing their careers as traders. In the mortality graph, the upward curve is the rapid growth in popularity of e-cigarettes, but the downward curve reflects the combination of people who tragically died from vaping related complications, those who quit after a few uses, and those who learned how to vape without any life threatening consequences. Both behaviors have addictive properties, and both require learning a skill, and both have uncertain outcomes. Seemingly disparate behaviors that are similar based upon the underlying uncertainty. Which plays a far more important role in our lives than we realize, and really, a far more important role throughout history. Military historians call the influence of chance and uncertainty the hinge factor, and it has proven to be the deciding factor in some of history’s most famous battles. Napoleon Bonaparte’s swan song, the Battle of Waterloo, was decided as much by poor communication and bouts of diarrhea than by any strategic maneuvering by the British or Prussians. Novel interpretations on how colonialism and then imperialism led to a Eurocentric world order, as opposed to a South American or African world order, theorize the geographic landscape had a large influence in the outcome of history – with many cultures facing their Waterloo moments more by the latitudes and longitudes of their native lands than by any perceived European cultural superiority.

It comes as no surprise then that the leading military strategist and progenitor of business strategy, Carl Von Clausewitz said, “chance and uncertainty are two of the most common and most important elements”, in military history, and play an equally common and important role in healthcare. Healthcare is a story of changing interpretations, as broad clinical practices or individual patient management guidelines change with new information or data, that either reinforces or revises the predominant narrative. But to see the uncertainty underlying healthcare, we must see through the common narratives so pervasive in the field. Uncertainty is like the turbulent ocean swirling about under an outer encrusted layer of interpretations, not readily seen, unless we are actively looking for it.

Falsely attributing cause and effect in the opioid epidemic has led to simplified solutions that do not solve the complexities causing the opioid epidemic itself, and in its place, has given rise to conflicting interpretations that gloss over the true underlying problems. Law makers believe they are solving the opioid epidemic by defining specific terms, “cravings of an addict”, or “sufferings of addiction”, or characterizing a specific act, or element, as encompassing, or to be the essence of, an entire set of behaviors – and using those definitions to meet specific metrics identified with success, such as the number of arrests or the number of opioids prescribed. The illogical sequence of simplifications has turned the complex patterns of behavior seen in addiction and healthcare at large into a sequence of cause and effects using poorly defined terms as pretense for legal arguments and then using those very same legal arguments to define criminal motivations – in effect, avoiding any complicated resolutions to an immensely difficult problem to solve by substituting far more familiar, simpler solutions instead.

Something we would be able to see if we were not inundated with news-breaking and headlining arrests all vying for the front page. But that is the power of repeated exposure, something the music industry has known for decades: a song’s popularity increases with its increasing exposure, which creates a familiarity to the sound, and that familiarity, over time, creates a mental fluency, that manifests as a liking for the sound. We all know about this process, we hear it happening all the time, but we still far for it. Increasing access to a song makes it more popular – just like increasing access to a drug makes it more popular – which should come as no surprise, but apparently was for law makers from states that legalized recreational marijuana use.

Trends have a powerful effect on our behavior, which explains why misguided interpretations of the law mirrored misunderstood perceptions of opioid use among the public. The interpretation that providers were illicitly prescribing medications spurring the opioid epidemic is too tantalizing and just true enough to meet all the Gladwellian characteristics of virality. And in spreading, public perception influenced legal interpretations as much as legal interpretations influenced public perception. Soon belief became law, and extreme interpretations of the law rose in concert with the specter of stigma of opioid use among patients. Eventually any prescription of opioid use was scrutinized as a potential drug of abuse. But, as Derek Thompson wrote, “taking care to avoid being wrong is not the same as being right”, as such extreme approaches to the opioid epidemic sought so hard to avoid any potential prescription mistakes, that they compromised patient care in the process.

But such extreme approaches are not unique to the opioid epidemic, and mistakes conflating right and wrong and false attributions extend to the highest law enforcement officials, including former attorney general, Jeff Sessions. Who adamantly refused to rescind the infamously ineffective D.A.R.E. program despite nearly all evidence showing the program to be a failure. Year after year data evaluating the program found mostly little to no difference in drug use, but Sessions persisted in his support, believing the short term data to be inconclusive, or aberrations, in a long term trend towards decreasing drug use.

And in his misguided interpretation, he highlighted an all too common healthcare policy mistake – confusing the consistency of partial information for the complete story, or a complete understanding of all there is to know. But consistency of thought is different from having a complete understanding of something: a bias we all have that causes us to create interpretations out of whatever information is available, even when what is available is limited or blatantly incomplete.