The Future of Healthcare Law 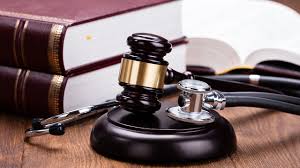 The first healthcare laws were not laws as we understand them today, but oaths. A framework codifying all aspects of healthcare behavior through an interpretation of specific lines within the oath itself. The most famous of which is the Hippocratic Oath. Physicians taking the oath vow to uphold principles of good patient care as a duty commensurate to the right to practice clinical medicine.

For how much the oath is referenced today, we know surprisingly little about the physician himself, instead relying heavily on his writings to understand his medical philosophies. We know he practiced medicine on the Greek island of Kos, an intellectual center of Hellenistic culture, and challenged many of his contemporary physicians, who advocated rational and logical approaches to patient care. Hippocrates in contrast emphasized intuition and the value of direct experiences in patient care, believing direct patient experience was the most important factor in curing illnesses.

Interestingly, the oath which has come to define Hippocrates more than his philosophy was not even written by Hippocrates, but by his students after his death. Ostensibly to formalize his philosophy, but in reality, to distinguish physicians who were trained under Hippocrates’ methods as a means to create a competitive advantage for his pupils. Transforming a hallowed oath that balanced duty with rights into a series of phrases that restricted competition among other schools of medical thought.

A transformation that continues to this day. As we take select phrases from medical oaths and paraphrase them into contrived interpretations.

As exemplified in the phrase, ‘do no harm’, which ironically never appeared in the original oath. But appears today in legal courts across the country when decrying the actions of healthcare providers claimed to have violated their obligation to their patients. But obligations cannot be discerned through individual actions. The clinical context relative to the underlying medical condition defines the parameters through which we perceive all clinical actions, and corresponding obligations. A framework we defined as a medically appropriate balance.

Yet the more complex the clinical behavior, the greater the tendency to simplify corresponding healthcare law. As the physician-philosopher Maimonides said, “the greater the contradiction, the deeper the wisdom”. And the deep wisdom contained within physician oaths describes the nature of rights in healthcare. As a relationship between healthcare obligations or duties and rights or liberties afforded.

With the two fundamentally linked by the relationships defined in the oaths. That must be experienced as much as learned, felt as much as deduced. In a balance that defines much of the core tenets of Humanism and explains why modern medicine has its roots grounded in humanistic principles.

The physicians who form the pantheon of medicine all emphasized an experienced based approach to healthcare. Whether it was Hippocrates characterizing medicine as an art to be practiced. Or reminding that medicine does not consist of treating a disease but healing a person. Medicine has always been defined through experience.

Famed Roman surgeon Galen began his medical career as a surgeon treating dying gladiators, and soon grew renowned for his experimental approach to medicine, eventually serving as the private physician for the Roman Caesars, including Marcus Aurelius.

A career trajectory emulated centuries later by Maimonides, a Sephardic Jew who became the personal physician for the legendary Muslim Crusader, Saladin. Maimonides also took an experimental approach to medicine, but advocated for civic responsibility as well.

A combination that would inspire Canadian physician Sr. William Osler’s humanistic approach to medicine at the turn of the twentieth century. Dr. Osler, who is best known for managing outpatient facilities at John Hopkins Medical Center, and turning the institution into a research juggernaut, also designed a clinical curriculum that became the model for modern medical education in the United States. He emphasized the clinic as much as the textbook, believing direct patient contact to be the bedrock of good medicine. An emphasis built upon his humanistic approach to healthcare.

When we look at medicine through its humanistic origins, we begin to understand how healthcare laws should form, and better understand the balance between healthcare and law.

An understanding developed by essayist Ralph Waldo Emerson and naturalist Henry David Thoreau through their analysis of nature and law. The humanistic principles the two espoused through essays and lectures provide a conceptual framework for the role of law in healthcare.

Thoreau emphasized moral behavior, more than any civic action, which he described as a person’s civic duty to society, equating virtue with individual duty. Thoreau’s views on civic duty stems from his perspective on natural rights, which he held sacred above all, including above government intervention. Which Thoreau encouraged to oppose if the intervention violated a person’s natural rights, advocating that individuals whose natural rights were compromised inappropriately should serve as a, “counter-friction to a fundamental immorality”.

He believed that laws should be in balance with natural rights, and the validity of laws should be measured based upon the law’s morality. A rubric he would use to determine whether to follow a law or not. Thoreau would actively encourage civil disobedience against laws that unnaturally restrict behavior and infringe upon an individual’s healthcare natural rights, valuing such disobedience as a form of virtue.

Civil disobedience transgressing upon natural rights is easy to define for obviously unethical laws, such as slavery. But the concept of natural rights become more convoluted for more complex healthcare laws.

Natural rights are universal and unalienable, and codified in the Declaration of Independence: life, liberty and the pursuit of Happiness. But many have debated how healthcare fits into the definition of natural rights. According to Swiss moralist Henri-Frédéric Amiel, “in health there is freedom – health is the first of all liberties.” Implying that healthcare is a natural right. A sentiment most would generally agree upon.

What most do not agree upon, however, is what type of natural right. Legal philosophers tend to describe right in many ways, but the most common way people introduce the theory of rights is by classifying them as either negative or positive.

American culture values negative rights. Our innate desire for liberty has an undeniable streak of rebellion built into it. But we cannot uphold the Constitutional principles of equity and fairness in healthcare and create healthcare laws based upon negative rights. The laws would be restrictive in nature.

Healthcare needs laws based upon positive rights. Laws that are structured to balance the many complex relationships inherent to healthcare behavior.

Creating a Maimonidean contradiction that can be solved by integrating a deeper understanding of healthcare behavior into healthcare law and developing laws that better represent the dynamic nature of patient behavior.