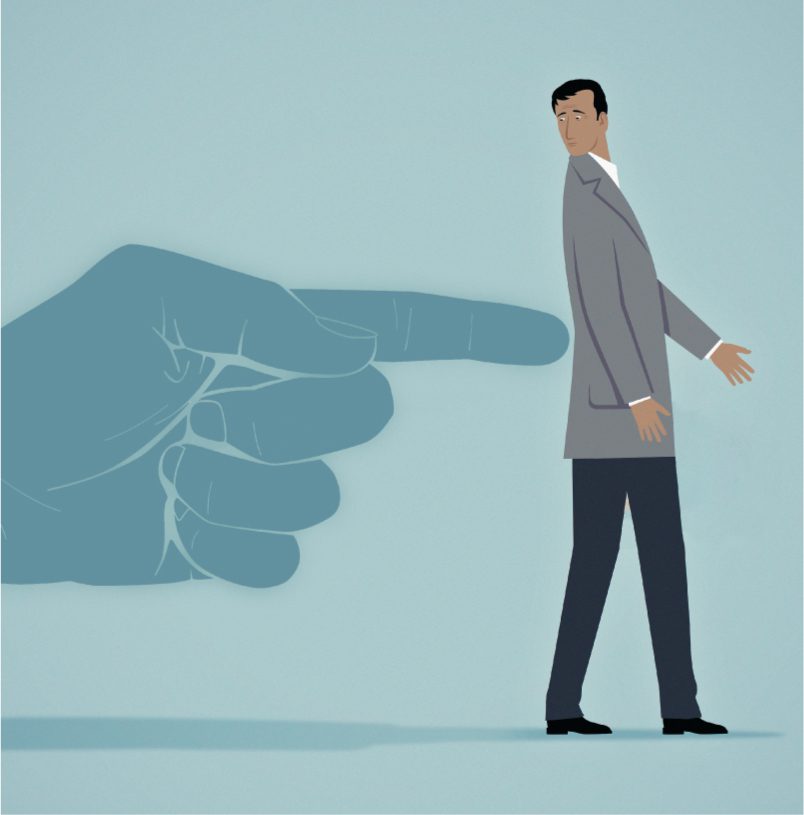 The pandemic revealed that healthcare is more than what we have thought it to be.

It is more than the traditional physician office visit. It is deciding whether to hoard toilet paper, the angst of loneliness while isolated at home, and the perception that COVID-19 vaccines relieve us of having to wear masks. It is the subjective perception we have of our health – that go beyond basic beliefs of right and wrong.

That once revealed can no longer remain hidden. Lost in all the talk about the future of healthcare is the permanent shift that is taking place regarding the perception of healthcare. The change in the fundamental beliefs we hold about healthcare itself. Famed physicist Max Planck said, “science advances one funeral at a time”, implying the figurative death of previously held beliefs creates new ways of thinking. This past year saw both figurative and literal deaths dramatically changing the way we see healthcare. And there is no going back.

It should come as no surprise that numerous healthcare policy think tanks predict a post-pandemic COVID-19 surge in Medicaid coverage, specifically for insurances that cover the most vulnerable patient populations. The Kaiser Family Foundation evaluated Medicaid enrollment in largely economic terms and found Medicaid enrollment ballooned during the pandemic, a 55% increase in 2020 with a 73% increase nationwide in 2021.

These are not insignificant numbers. They directly impact the bottom line. And for a government program largely financed by tax payers, they directly impact the allocation of tax dollars towards government spending. In 2021, Medicaid revenue is projected to drop by 20% while costs are projected to increase nearly 500 billion dollars, according to the National Health Expenditure data published by the US Centers for Medicare & Medicaid Studies – which means more tax dollars are going towards healthcare expenditure for the most vulnerable populations.

Perhaps justly so – the same database shows that anywhere from 9-16% of women of childbearing age are uninsured, affecting minority women more than the general population, resulting in women of color or of disenfranchised minority populations experiencing worse healthcare outcomes. A disparity made grossly apparent during the pandemic. But a disparity that has permeated covertly throughout our society for years, as over the past decade, 150,000 infants are born annually without receiving appropriate medical care through pregnancy.

Which suggests that COVID-19 made apparent what was already present throughout healthcare. That longstanding inequity in society has either metamorphosed into healthcare issues, or was always an unaddressed medical issue that we merely failed to recognize.

We coin socioeconomic issues that affect healthcare through fancy terms like ‘social determinants of health’. And we presume that these issues are secondarily affecting what we consider primarily medical issues. But the data is undeniable. According to a highly cited study by Dr. Carolyn Hood in 2016, about 80% of all healthcare outcomes are determined by socioeconomic factors.

There is nothing secondary about that.

Rather than relegating socioeconomic issues to the second tier of healthcare outcomes, we must address them head-on, as the foremost factor in healthcare outcomes, perhaps more important than the medications prescribed. One in 8 acute care visits is related to substance abuse and mental health, involving a patient facing food insecurity – traditional patient care has not been able to address this.

The numbers are undeniable, yet the perception remained that healthcare is primarily an issue of medicine, and medicine alone, distinct from the socioeconomic factors that influence everyday patient perception and behavior.

COVID-19 put that notion to rest, hopefully for good.

The National Academies of Sciences, Engineering, and Medicine (National Academies) found that increasing mortality rates among working-age Americans since 2010 have been driven by drug- and alcohol-related deaths, suicide, and cardiometabolic conditions like diabetes and heart disease – all diseases managed predominantly through patient behavior and decision-making.

The CDC reported 81,000 deaths from people who died from drug overdoses in the 12-month period ending in June 2020, which is the highest number of fatal overdoses ever recorded in the U.S. in a single year.

Behavior is clearly a primary factor in healthcare outcomes.

But how do we appropriately oversee medically beneficial behavior, and discern it from medically harmful behavior? When a patient is noncompliant with his or her medications, it is the pressure inflicted by the physician that prompts the patient into compliance (hopefully). But what mechanisms or oversight do we have to ensure appropriate patient behavior within the broader context of a patient’s life.

When legislatures have asked this question in the past, the default response, for better or for worse, has been to implement a tax – a tax on sugared, carbonated beverages – a tax on work requirements for Medicaid health insurance.

A tax on a specific aspect of behavior intended to curtail the overall medically harmful behavior or to encourage the overall medically beneficial behavior. A tax that has failed because people ferociously resisted the additional financial burden, believing that such taxes disproportionately affect them precisely because it is too broad or generalized.

An effective healthcare tax is a hypernudge, a term coined a few years prior by Karen Yeung, a hypernudge is a similar to traditional nudges popularized over a decade ago.

But, unlike the broad, static nudges popularized by economist Richard Thaler, hypernudges are dynamic, specifically and sequentially arranged nudges that prompt key questions at particular times and locations, relative to the behavior of the patient – prompting continuous, iterative feedback, nudging specific actions when appropriate.

Traditionally we taxed broad behavior, like buying certain foods, independent of the context. Transforming the nudges to be more specific and context dependent will increase overall acceptance of the nudge.

Whether it is a nudge to limit excess carbohydrates specifically during meal times, or a reminder to go for a morning walk in the days after a knee replacement, these nudges would coordinate an appropriate prompt at a specific time relative to the patient’s behavior with direct implications on a patient’s health.

Suppose an obese factory worker who enjoys afterhours beers with his friends begins to develop fatty liver disease. An effective prompt would trigger a question close to the end of his work shift asking whether he really needs that afterhours beer – not simply reminding him that beer is bad.

A nudge raises awareness of key health issues when the awareness needs to be raised, which then prompts an action, that when properly applied, can structure the awareness necessary to balance the various perceptions that go into any patient decision.

When that factory worker fails to listen to the initial nudge and still goes out to drink with his friends, he justifies his decision through an array of excuses – just one time – this is a special occasion – I’ll stop after today.

This is where the concept underlying hypernudges – sequential, specific nudges triggered at different times – becomes useful. Rather than trigger one nudge, hypernudges trigger multiple response over time that all prompt the patient to reflect upon his or her actions. For the factory worker, we could potentially initiate another prompt close to his bedtime asking if he avoided alcohol that day.

That second prompt, when combined with the first prompt, preemptively and retroactively guides the patient to analyze his actions before and after he commits to drinking after work. The multiple series of nudges puts the notion of drinking in the forefront of the patient’s mind, initiating an internal reflection in the mind of the patient – do I really need to drink given my health conditions?

These types of prompts go beyond traditional reminders and into the minds of the patients. Sequentially placing these nudges over time prompts the patient to pay attention, because the nudges are context specific. Sustained attention creates long-term awareness of the health effects underlying any healthcare-related decision or behavior, improving patient compliance.

But to go from a nudge to a tax, there needs to be some semblance of oversight, a tax penalty if one of the hypernudges is not adhered to. This is when things get a bit sensitive, because the oversight required of these nudges will inevitably lead to a conflict between individual choice and broader healthcare responsibility – quickly moving into the realm of individual liberties.

And recontextualizes the conflict from the oversight of medical behavior into the restriction of individual rights. But if we are all paying the medical bills – one way or another – for the obese, alcohol dependent factory worker, then should we not have some manner of ensuring the patient remains compliant?

Optimizing patient behavior is a type of cost sharing, which is the fundamental premise behind healthcare insurances – and is effective in improving healthcare outcomes.

But COVID-19 has proven that people will violently resist any healthcare oversight if they feel it constrains their individual freedoms. Hopefully as we reflect on the mistakes we made during the pandemic, we begin to appreciate that some semblance of oversight may not be such a bad thing – which, in effect, would advance our understanding of healthcare, one pandemic at a time.