The issue that took on a life of its own 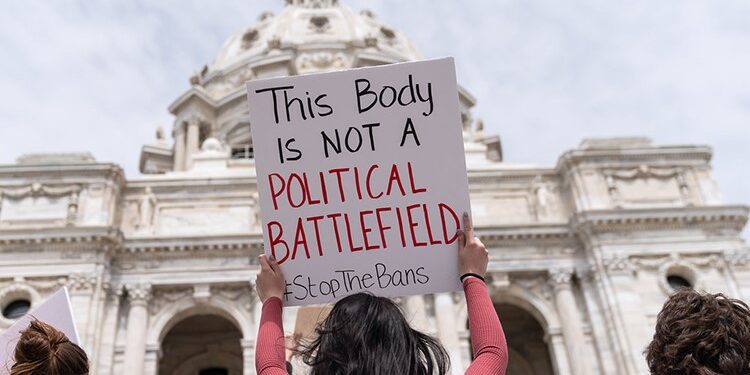 In a summer filled with polarizing healthcare debate, one issue stood above all: abortion. That much is clear to anyone paying attention. It was the summer of abortion.

In conducting a three month long survey, we found that an overwhelming majority of the readers believed abortion is the most polarizing issue when compared with other issues like gun control, COVID, and opioid prescribing. Our results mirror that of other surveys, including one conducted by Marquette Law School, which found that 40 percent of adults nationwide say abortion is one of the most important issues to them.

But this is just one sample. And for every survey polled that corroborates our own findings, we can find another survey that refutes it. It’s the nature of polarizing issues in healthcare. The data always confirms the hysteria of the masses. But abortion is unique.

More than gun control, prescription opioids, COVID, or any of the health issues that have morphed into political issues in recent years, abortion is uniquely galvanizing. It leads to protests, both in favor of and against. It prompts voter turnout and emergency legislative sessions. It commands injunctions from federal judges. No other issue comes close to matching the frenzy abortion garners from the zeitgeist.

But the reasons abortion curries such societal pull remain ambiguous. Gun control is as strongly debated in Congress and opioids have affected as many lives as abortion. But only abortion enjoys this unique versatility in policy debate.

Gun control, for all its hoopla, is effectively settled law. There may be legislation here or there selectively concocted to appear controversial in the courts, but society has already settled the matter.

There are red states, and there are blue states. There are regions of the country that accept gun culture and there are regions that do not. And whatever debate percolates to the level of receiving national media arises from the safety of their regional home ground. We will never see advocates of gun control in Odessa, TX trying to pass laws that restrict gun use. The battle lines are drawn.

Abortion, in contrast, has no set battle line. The conflict crosses established political norms, and the debate extends beyond familiar talking points. Only abortion can entice voters in a deeply red state like Kansas to come out in droves and vote to protect a right traditionally ascribed as an issue dear to left leaning voters.

The ambiguity of the debate creates an ongoing versatility in how it is debated. There is no one way to characterize the abortion debate. It continues to evolve, and with it, the sides continue to change.

Libertarians are in favor of it as much as left leaning socialists. But the reasons for their support are diametrically opposing. Libertarians favor minimal government intervention, while socialists favor government support. Each political affiliation finds its own reason to support abortion.

Few other health issues enjoy this level of versatility. Sure, they may be polarizing, but they are polarizing in familiar ways that have largely settled. The arguments are set and the debates are well worn. Much of it is old theater rehashed.

But abortion continues to evolve. It continues to bring new frames of debate and new ways to argue over the issue. That dynamism gives it certain volatility capable of inciting the public well beyond other issues that are equally polarizing.

Think of this change like a veritable form of evolution in the sociopolitical world. As abortion continues to change, it will continue to be hotly debated because the nature of the debate and the players on each side evolve. In contrast, most other health issues eventually develop a state of social equilibrium and eventually cool. Yes, the issues may remain divisive, but in a way where all sides know where the other stands.

Abortion, on the other hand, will continue to evolve. Allies will become enemies and those once united in favor of or against will quickly find themselves on opposite ends of the debate.

This is what makes abortion the contentious issue that it is. It’s why in a summer of hysteria encompassing so many healthcare issues, it was clearly the summer of abortion.