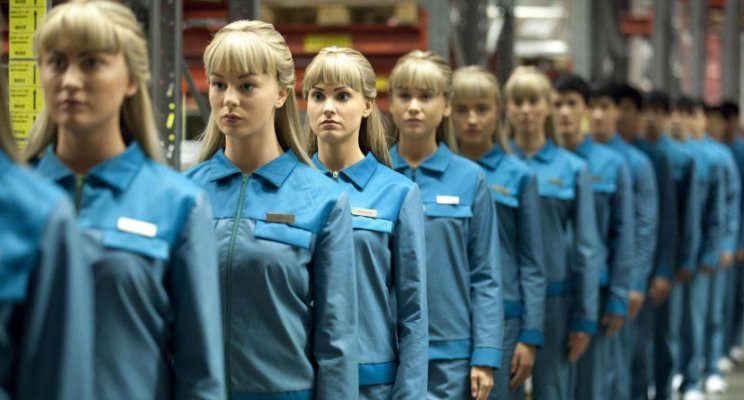 Modern healthcare is effectively a legal entity, in which legal rulings define the standards of care. Therefore, the interpretations of law reflect how well the legal standards represent good clinical care – as legal trends in court dictate clinical trends in patient care. The rise in opioid litigation during the epidemic has given commensurate rise to several medically harmful legal interpretations, with each case reinforcing a dangerous trend of restricting medically necessary opioids to patients. There have been thousands of civil lawsuits and criminal cases, each with its own spin on the purpose of opioids in healthcare, each attempting to adjudicate the morality of addiction through legal means, each reinterpreting healthcare laws and statutes to focus on specific social concerns over the rights of individual patients.

In theory, each legal case should be deliberated to the fullest extent required. In reality, the legal system operates through a series of default tendencies, attempting to balance administrative burdens with the individual considerations of each case. It often dissolves into a series of default procedural motions in which cases are hurried through and addressed as efficiently as possible.

Healthcare behavior is a mix of medical knowledge and real time decision-making with limited information. Healthcare law attempts to standardize this behavior, leading to inevitable simplifications. As a result, the original intent of the law and its implementation separate, widening the scope for legal reinterpretation.

Many courts lack a standardized framework to evaluate complex healthcare behaviors. Absent such a framework, each court determines what clinical information merits review and which clinical aspects of the patient encounter apply to the legal proceedings. Eventually, different courts establish different interpretations of healthcare law based on the cases presented. These variations predispose and eventually reinforce extreme legal interpretations of healthcare law, as they are the simplest interpretation and therefore the most likely default decision.

Behavioral economists studying biases that arise from default tendencies have found that even subtle differences in default reactions produce wide variability in outcomes. A judge who defaults to studying all aspects of healthcare behavior might have a different perspective than a judge who defaults to passing such work onto law clerks.

Ironically, we find that information overload adversely affects judicial decision making. This counterintuitive notion has been observed in multiple studies that show judges make more accurate risk assessments to grant bail when they have less information about the defendant. The decision to grant bail is a skill acquired from years of experience – a skill that no longer applies when judges face unique, specialized cases with unfamiliar, complex variables, as in many healthcare cases. This makes the prevalence of misinformation in the opioid epidemic particularly pernicious as it has overwhelmed the courts with bias.

Most judges are not comfortable processing all the variables in specialized healthcare cases. As a result, judges rely on default tendencies. Since most judges delegate decision-making requiring greater subject expertise, additional medical education also gets delegated – to individuals who forego the nuanced distinctions that define healthcare behavior in favor of default decisions.

We think of the legal system through the eyes of a judge. But the courts are more than that. Each judicial system features an entire administration of probation officers and law clerks. Judges even rely on prosecutors for guidance on healthcare, revealing a familiarity bias within the court that predisposes law clerks to seek guidance from prosecutors, who are motivated to convict defendants.

The legal system abhors uncertainty, and over the many opioid cases in recent years, prosecutors have instilled a simplified narrative, using it as legal precedent to expedite judicial review, and thereby exacerbating the disparity between intent and implementation of opioid laws.

Alexander Hamilton said that the heart of society is the fairness of the courts and their ability to balance power with purpose, with judges serving as symbols of justice. But how can we trust judges to be fair and equitable – to ensure that opioid laws apply equally – when each court has a wide range of default tendencies?

Many legal cases rely on earlier rulings that are perceived to be similar, called bellwether cases, to frame legal arguments. The earliest cases in the opioid epidemic standardized the interpretations of the law and the extent to which clinical context is considered. Reiterated enough times, these formed the template for many prosecutorial arguments in high-profile opioid cases.

This phenomenon, known as legal fluency, is like a wave that builds on each ruling, growing stronger by the case. But in aggregating legal arguments, not all cases receive equal consideration. And certain biases or default tendencies that are present in bellwether cases become overrepresented in later cases.

In 2019, the Oklahoma attorney general orchestrated a landmark settlement (since overturned) against Johnson & Johnson for their role in manufacturing opioids, citing public nuisance ordinance laws as the basis of the lawsuit. These laws were never intended to be used in such a way. But once the precedent formed to interpret ordinance laws against opioid manufacturers, it was repeated in courts across the country. Ironically, Oklahoma’s opioid epidemic is dwarfed by the state’s methamphetamine, cocaine, and alcohol epidemics. And state representatives involved in the case plan to use funds from the opioid settlement for rehabilitative services that involve other illicit substances. So, while the Oklahoma courts view this case as a victory against corporate malfeasance, the state’s medical community views it as a financial windfall that can address more pressing addiction concerns.

Many high-profile lawsuits appear sound in principle, but in practice these settlements have shown glaring limitations in the courts’ ability to allocate settlement funds, as early efforts to disseminate funds have run into conflicts between state and local authorities, with each claiming to be better suited to manage them. In Cuyahoga County, Ohio, an opioid settlement resolved more than two thousand opioid lawsuits, becoming a bellwether case for settlements throughout the country. As part of the settlement, pharmaceutical firms will finance and distribute opioid abuse medications to patients. This was already happening, with the only difference being that the corporations finance the medications instead of state and federal healthcare insurance plans.

But once the settlement dollars were garnered, the apparent unified legal stance quickly fell apart. State governments believe they are better equipped to handle the medical issues underlying the opioid epidemic through wide-ranging healthcare policies. Local entities complain that the distribution of funds should reflect specific addiction needs within each community, something only local officials can understand. These differences in legal arguments, which were glossed over when arguing the broad class action lawsuit, now form the crux of the disagreements between different government entities.

The opioid epidemic is far too complex to simplify in one legal mandate and has affected different parts of the country in different ways. It cannot be solved through traditional legal means or common litigation strategies. Yet the same legal tactics – be it class action lawsuits or criminal cases against pharmaceutical, drug distribution, or drug manufacturing companies – is used in nearly every major opioid settlement cases. Prosecutors first targeted smaller pharmaceutical companies, knowing they would be more likely to settle or plea. Subsequently, prosecutors use the initial cases to serve as precedent to strengthen the legal case against larger pharmaceutical companies, who also eventually settled. The enormity of the cases together overshadows the validity of each individual case.

When the courts reinforce extreme, medically harmful interpretations of the law brought forth by prosecutors, the judge’s interpretations become the standard of clinical care and reference point for future litigation. The default legal tendencies that appear in class-action lawsuits then mirror the default tendencies in individual criminal cases against providers. Whenever the CSA is applied to a healthcare provider, the accused physician or pharmacist nearly always accepts a plea deal, further shifting the legal system away from medically appropriate interpretations of the law and toward reflexive convictions. The accused is left to choose between guilt and innocence, each of which is an oversimplified interpretation of the law devoid of any clinical context, and rife with a bias known as the halo effect, in which people are seen to be entirely good or entirely bad. But the very nuances and intricacies that are ignored in courts are what define clinical care.

Settling cases without arguing the validity of the arguments or the underlying clinical context has accelerated the trend of medically harmful court rulings, paving the way for legal fluencies that reinforce extreme interpretations of the law and effectively enable predetermined legal outcomes that are harmful to patients.

By shifting healthcare law toward pleas and settlements, we shift it into an unnatural state of simplicity in which any deviation is met with a skeptical eye and with a risk of criminal repercussions. Legal arguments no longer require meeting the standards of reasonable doubt, nor even to be medically appropriate. Merely presenting an argument, and effectively using court machinations to proceed with it, has allowed even substandard arguments to become legal victories for prosecutors. But these extreme interpretations of healthcare law have created an interpretive tunnel vision that substitutes the complexity of medical behavior for the fluency of legal precedent.

It should come as no surprise that the opioid epidemic worsened during the Covid-19 pandemic. The combination of acute mental health crises with diminished access to care worsened the quality of life for those already struggling with addiction, leading to a slew of overdoses in its wake.

We cannot solve the opioid epidemic with the legal system as it is presently constructed. If we continue to rely on the same legal tactics, default tendencies, and contrived legal interpretations, then the epidemic will only worsen.